IDA WESTERN EXILE a film by COURTNEY STEPHENS. 2014, USA, 9 min. A fantasy of Westward seclusion inspired by the landscapes of Georgia O’Keeffe.

Mixing the fantasy of Westward travel with the pioneering artistic spirit of Georgia O’Keeffe, non-fiction filmmaker Courtney Stephens’s Ida Western Exile is interested in women who go in search of solitude. Using the framework of O’Keeffe’s iconic sojourn to Ghost Ranch, New Mexico, where she lived alone in the latter part of her life and created desert-inspired masterworks, Stephens explores what this sort of elective isolation might look like for a woman living in today’s world of information overload.

Familiar images of O’Keeffe on the ranch are accompanied by an anonymous woman’s tightly-wound phone calls with customer service representatives from places like Expedia and Starkist as she plans a trip alone out west, wondering about everything from mercury levels in tuna to weapons she’ll need for self-defense. Meant to serve as a cipher for O’Keeffe’s lesser-known sister Ida, whose own artistic talent was eclipsed by Georgia’s, the woman speaks with a mix of excitement and anxiety. A freight train rolls through the dusty yellow expanses of the valley, mountains and rock formations lingering in the distance, as she expresses a desire to disappear in plain sight, a speck in the midst of this open, empty space. 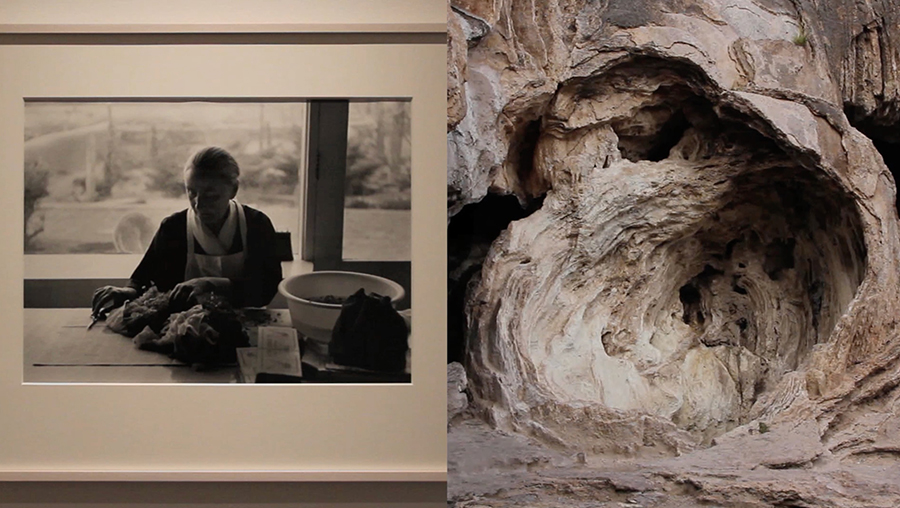 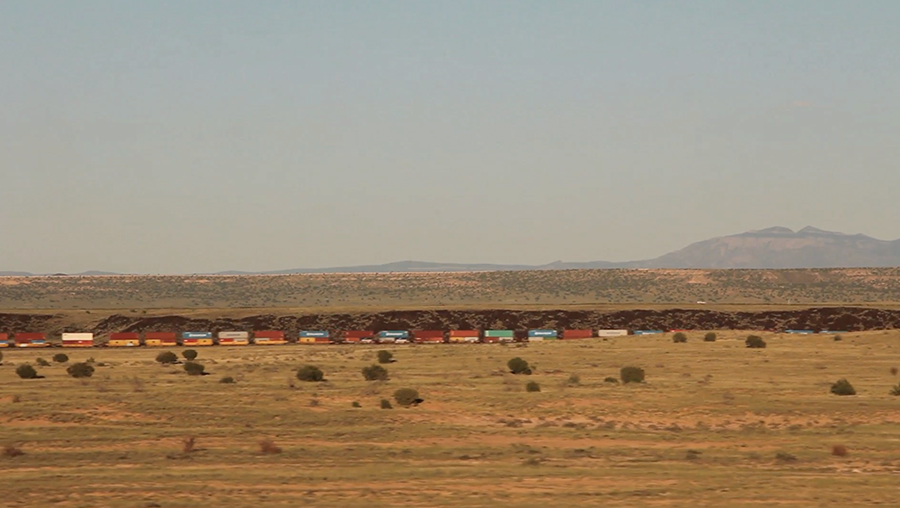 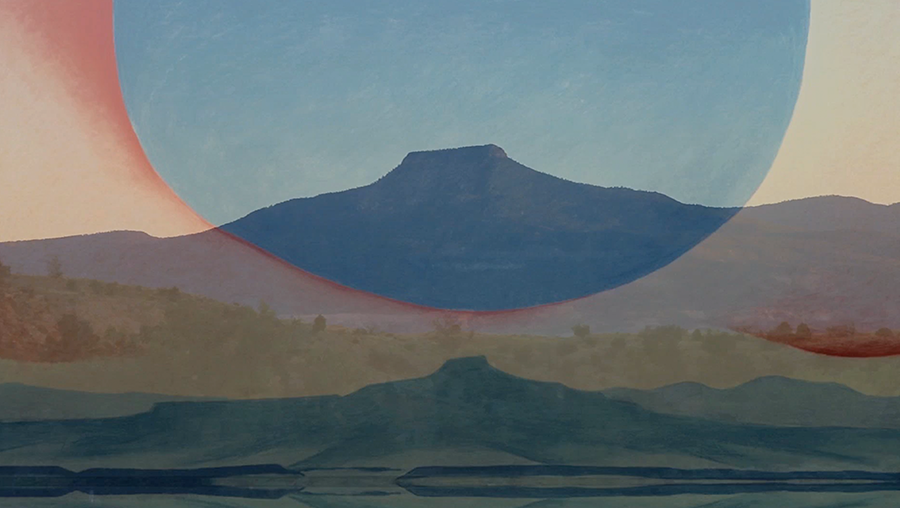 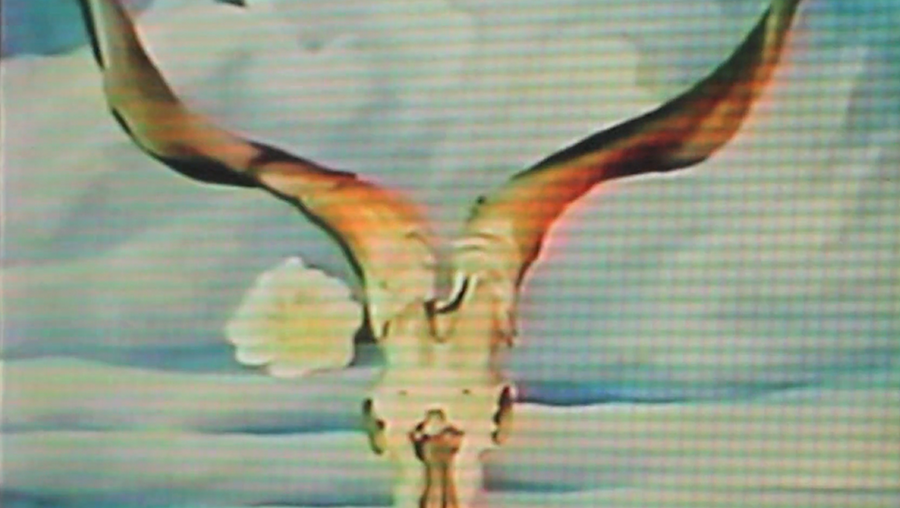 “I was interested in this Western landscape as a realm of desire, even desperation. O’Keeffe persona is so fused with this place, and transmits a kind of fantasy life that then transforms the actual place into more of a sphere of possibility — it makes promises or unlocks other fantasies.” COURTNEY STEPHENS

Ghost Ranch was itself the site of several late Westerns, including Silverado and Cowboys vs. Aliens. Here, the American West’s reputation for masculine adventure and reinvention is re-envisioned through Stephens’s eyes as space for female exploration and escape. There’s a tension, however, between this pull toward oblivion, and the knowledge of the inherent risk involved in traveling alone as a woman. These phone calls reveal one woman’s conflicting hopes and fears as she prepares to embark on a journey. It’s unclear whether it’s real, or simply a fantasy of finding one’s own agency in the vast expanses of unfamiliar territory.

Courtney Stephens is a writer/director of documentary and experimental films. Her feature-length work Terra Femme, an essay film composed of early women’s amateur travel films, will screen at Anthology Film Archives in New York City this month, and her new short film Lesser Choices, about her mother’s illegal abortion, will screen at the 60th New York Film Festival. She is currently working on a feature film in Kansas and Oklahoma about weather forecasting and Wizard of Oz reenactment. She is also collaborating with Michael Almereyda on a documentary about the dolphin scientist and psychedelic researcher John C. Lilly.