Journeé blanche a film by Félix de Givry. 2017, France, 15 min. First love blooms on-screen and off- in the debut short from the star of Mia Hansen-Løve’s Eden. 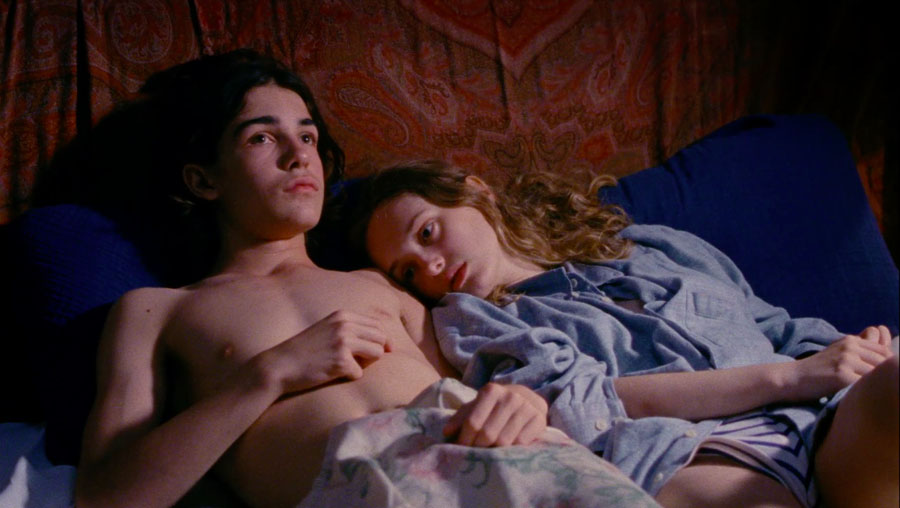 In Journeé blanche, two teenagers, Otto and Martha, are forced into spending time together at Otto’s family house despite barely knowing each other. To entertain themselves, they start acting as if they are an adult couple. They soon overcome their shyness and fall in love.

De Givry chose to shoot the film in the house he grew up in, where, as a teenager, he witnessed his parents’ divorce. He deliberately built his story around the floor plan of the rental. He cast Tara-Jay Bangalter, who he has compared to a young Jean-Pierre Léaud, and with whom he is developing an inspired working relationship similar to that of Léaud and François Truffaut.

In the first part of the movie, de Givry wanted the house to feel like it was observing the aloof teenagers. In the second half, when the teenagers return to the house, the camera would shoot them more directly and intimately; in other words, “once they fall in love, they learn to look in each other’s eyes.”

On the first day of production, the two actors fell for each other, and by the end of the shoot had become a real life couple. “The actual shoot took over my screenplay and project – I had to accept what was going on, and shoot from there.” This happy accident allowed de Givry to both test himself as a director and capture a singular moment in these actors’ lives.

“I’m a huge fan of Truffaut. To me, he was the one was had the most profound relationship between cinema and life. I’m thinking of his relationship to childhood, to Jean-Pierre Léaud…” FÉLIX DE GIVRY

Félix de Givry is a French actor and director. After graduating from the prestigious college Sciences Po in Paris, and studying abroad for a year in UCLA, Givry was cast in Olivier Assayas’ Something in the Air (2012) and later as the lead in Mia Hansen-Løve’s Eden (2014). Felix de Givry also co-founded the collective Pain Surprises music label. He has finished writing the script for his first feature, which he plans on shooting later this year.