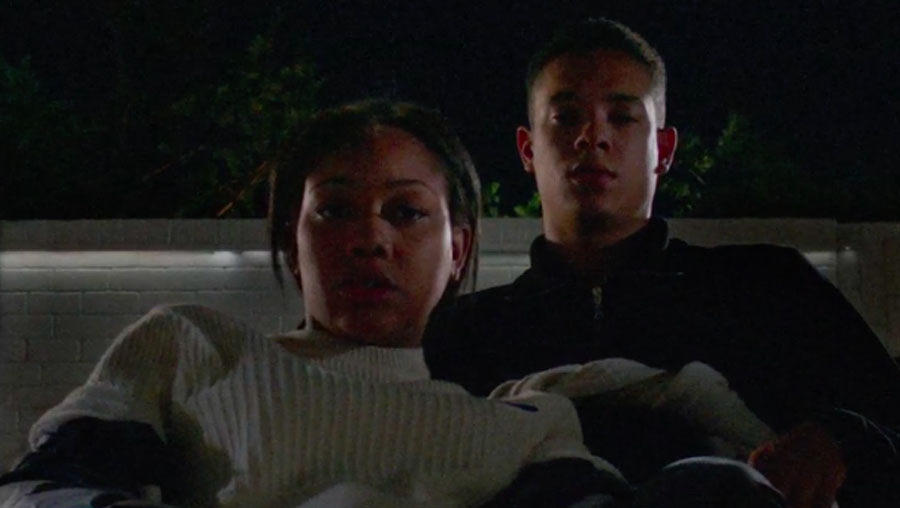 This week, Le Cinéma Club premieres new short films by three talented, emerging filmmakers: Mati Diop, Eduardo Williams and Baptist Penetticobra. Selected for their singular, multicultural visions of the world, the filmmakers were commissioned by Kenzo to illustrate the theme “Inhabit the Earth”. Each filmmaker interpreted this theme freely and differently. In Olympus, the French and senegalese director Mati Diop captures the youth of Paris on the night of a heat wave, through the eyes and movements of her brother, the model Gard Diop. A dreamy trap score soundtracks the film, turning an ordinary night into a moment suspended in time. In 2016, Mati Diop received the Lincoln Center Emerging Artist Award for her films including A Thousand Suns, previously presented on Le Cinéma Club. She is also known as an actress for her roles in films such as Claire Denis’ 35 Shots of Rum (2008) and Antonio Campos’ Simon Killer (2012). Mati Diop is currently preparing her first feature in Dakar, co-produced by Les Films du Bal and Arte France Cinema.

“In the 13th arrondissement, right after shooting a few takes with Gard. [The group of friends] were sitting over the esplanade of the BNF (the National Library of France), talking and listening to music. Right away, I wanted to film them. Not only because they were “young and beautiful”. They are more than that in my eyes. They immediately accepted to be filmed and Gard mingled with the group quite naturally and graciously. That’s how Olympus was born. From this coincidence, this encounter, this mix.” MATI DIOP

In Argentinian filmmaker Eduardo Williams’ TZZD, an elf falls asleep in the metro of Buenos Aires. His dreams transport us to beautiful, surreal scenes and poetic landscapes — we are there introduced to a young Bolivian man in La Paz (Esteban Quispe, an artist who creates robots out of recycled trash, and whom Williams admires), and later to voguing dancers in the forest of Fontainebleau, located near Paris. Eduardo “Teddy” Williams is known for his feature The Human Surge, selected at the New York Film Festival in 2016, and winner of the Golden Leopard in the Filmmakers of the Present section of the Locarno Film Festival.

In UNTITLED (Juice), the young French filmmaker Baptist Penetticobra directs two American non-actors, choosing orange juice as a transcontinental, universal subject to continue the work he has developed so far. His short films and music videos often feature monologues and characters inspired by those he finds on YouTube channels and TV shows, recalling stereotypical Americana landscapes.

“I wanted to talk about something trivial – like the orange juice from McDonald’s – and pull the thread as far as I could until it became almost abstract.” BAPTIST PENETTICOBRA