A selection of both Tribeca and Outfest in 2019, Kiss of the Rabbit God is a work of breathtaking folklore from visual artist Andrew Thomas Huang, whose music video credits include the Grammy-nominated video for FKA twigs’ “cellophane.” The Qing dynasty-era god of queer love (Jeff Chen) materializes in modern-day Los Angeles, where he meets shy Chinese restaurant worker Matt (Teddy Lee). Their tryst, dipping in and out of dreams, initiates a sexual awakening that Huang said he hoped would resemble “a moment of confession…a bittersweet blood-letting.”

Huang draws inspiration from the 18th-century myth of the Rabbit God, Tu’er Shen, a protector of same-sex desire who would appear to villagers in dreams. Matt first encounters him in a fantastical vision of neon and statuary, where Stephanie Strate’s bold-red costumes incorporate Chinese symbols for union and immortality. When Matt is catapulted back to the everyday chaos of his restaurant job, he’s surprised to serve pork wonton soup to Shen himself, cool and collected while sporting electric-red hair. 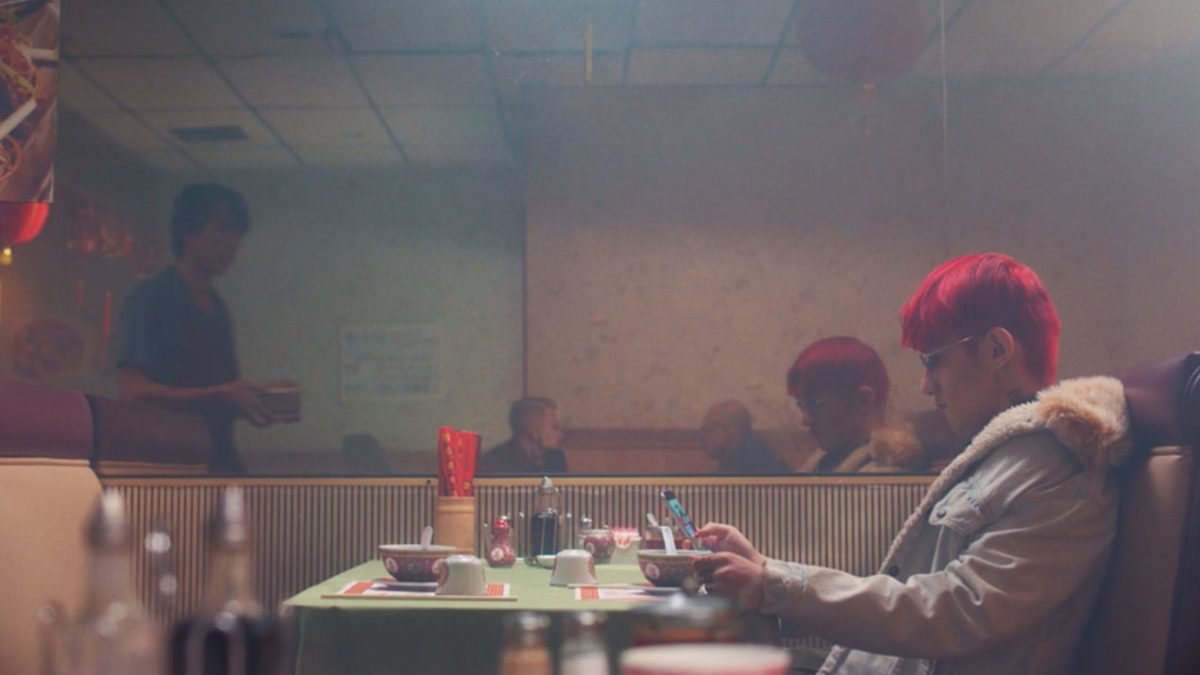 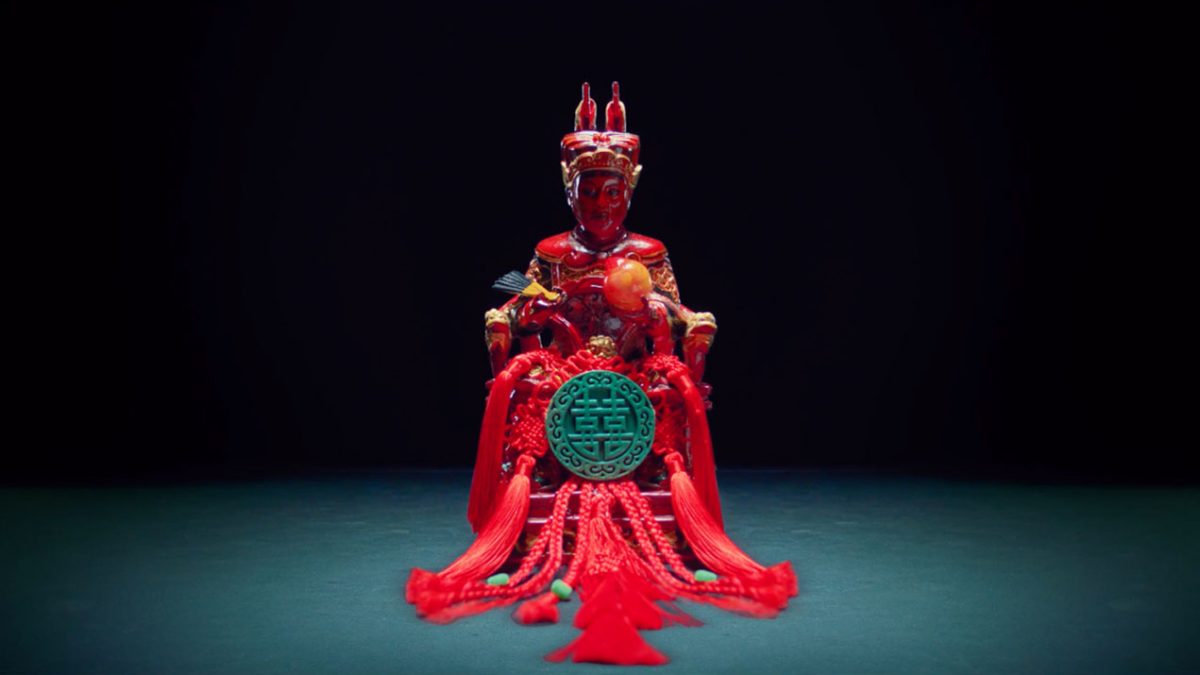 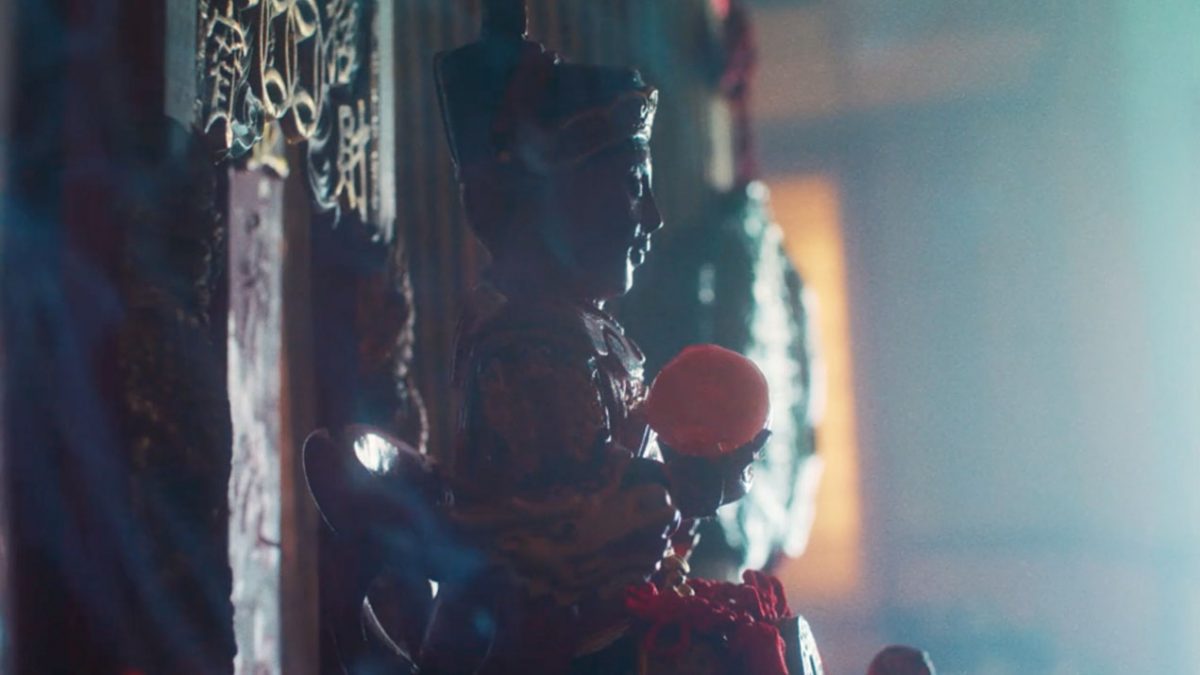 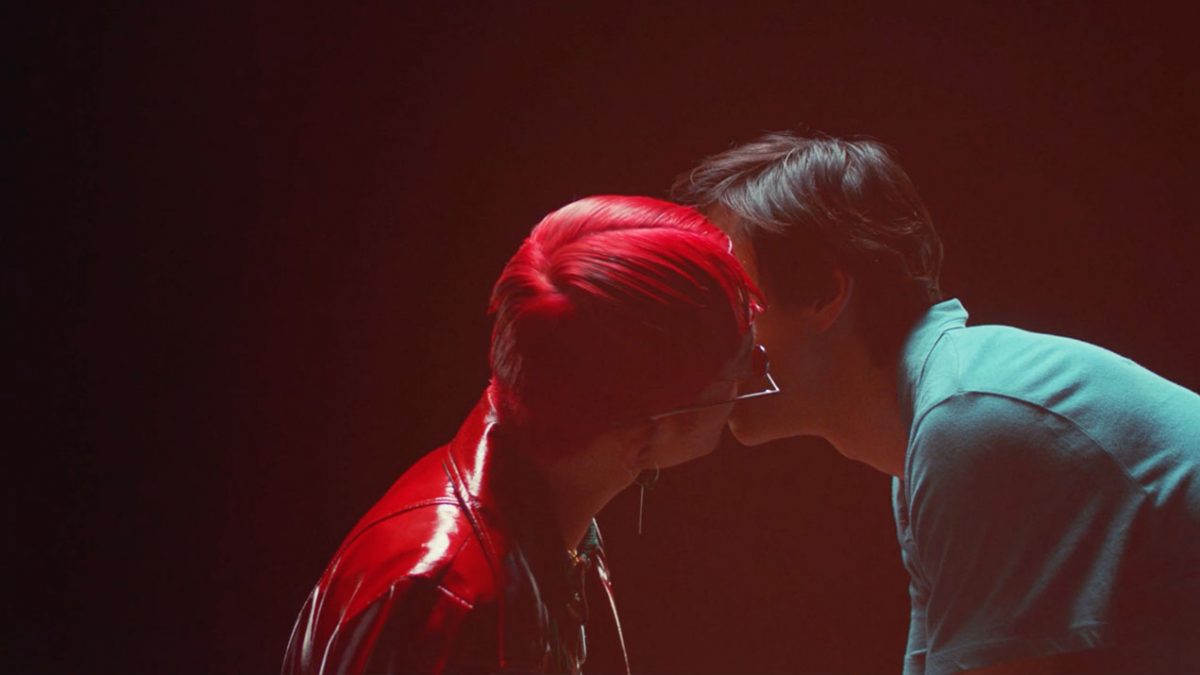 “While searching for an underlying theme in my work, I keep running into the idea of hybridity. Whether it’s cultural or sexual hybridity of my characters, or visual hybridity between live-action and special effects, I am interested in the creation of characters that straddle multiple worlds.” ANDREW THOMAS HUANG

Blending the traditional and the contemporary, Huang and production designer Stella Deng’s dynamic visual worlds embrace invention and possibility. In these fantasies, the characters are free to experiment with their own identities, with Matt more willing to defy social expectations and mold himself anew. As Huang explained in a statement for Nowness, who commissioned the film, each dreamscape seeks to “enrich our collective imagination of what queer Asian male love, sex, and intimacy could aspire to be.”

Huang has combined his backgrounds in fine arts, animation, and puppetry to collaborate with musicians: he directed videos for singles by Perfume Genius, Kelela, and Thom Yorke’s Atoms for Peace, and he was the creative director of the virtual reality exhibit Björk Digital, including a MoMA-commissioned experience for her song “Black Lake.” His pieces have been exhibited at the Sydney Opera House, the Barbican Centre, and the Museum of Contemporary Art, Los Angeles; his CV is available on his website. Huang is currently in late development on his debut feature, the ’60s-set Tiger Girl, a fantasy-tinged tale of a Chinese-American girl’s coming-of-age. His short Lily Chan and the Doom Girls offers a preview and is available to stream.