Krisha a film by Trey Edward Shults. 2015, USA, 15 min. With Krisha Fairchild. From an exciting new American auteur – a portrait of addiction and the chaos of family reunions. 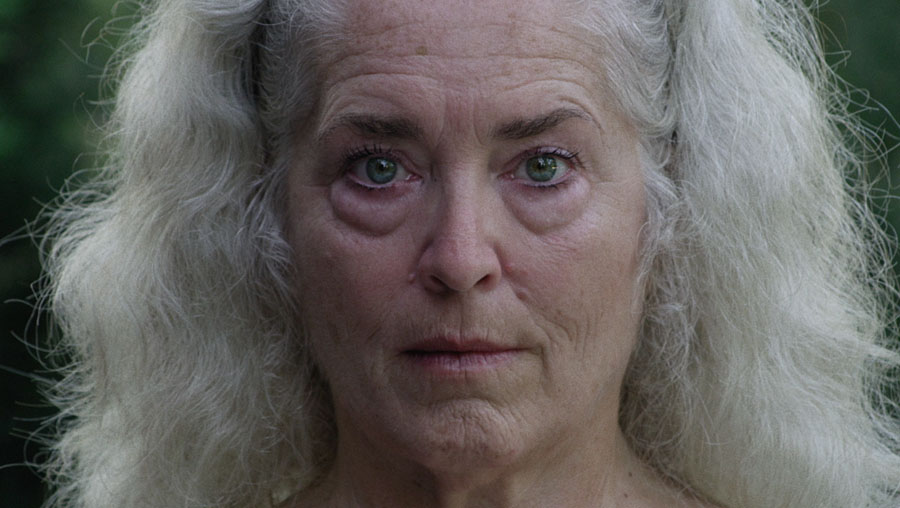 This week, to coincide with the release of It Comes at Night, the second feature from exciting new American auteur Trey Shults, we are honored to present an online exclusive: Krisha, the short on which Shults’ acclaimed feature debut of the same name is based. Made in the filmmaker’s family home in Texas, and starring his real life family members, the short is a beautiful and intense portrait of addiction and chaotic family reunions, and the announcement of a new voice in American cinema. In both the short and the feature, the filmmaker demonstrates his talent for telling personal stories through a unique and fresh lens.  The visually arresting short features the great early work of cinematographer Drew Daniels and composer Brian McOmber, collaborators Shults has been working with ever since. The making of the short film Krisha has its own emotional and personal story. It was born from the remains of Schults’ first attempt at making his debut feature. In 2012, Shults began making and producing his first film on his own, but he quickly realized that he didn’t have the resources — from cast to camera equipment — to make the movie he had written and wanted to make. Frustrated, he eventually edited the rushes he had shot, which became the version of Krisha presented here this week. Following the success of the short, which won the Special Jury Award at SXSW in 2014, Shults was encouraged to return to the material and make the feature. The filmmaker directed Krisha, which was ultimately released by A24, under what were still very independent conditions with only nine shooting days and a shoestring budget. This time, Shults was more prepared, and he had a full crew that slept at the film’s unique shooting location: his family home.

The character of Krisha, an alcoholic and an addict in her sixties who returns home after a long absence, is based on a combination of fiction and Trey’s family members’ real life stories. Shults wanted everything in the film to “echo Krisha’s subjective mindset, the whole film to be through her point of view, from the score to the film grammar.” Krisha is brilliantly played by the filmmaker’s aunt, someone he had always wanted to put in a movie.

“I put a lot of my own demons into Krisha. I’ve struggled with anger and rage my whole life. It all led to this story I wanted to tell about a women confronting her demons. From there, it went on to the fact that I love this woman and character and I wanted to give her the most respect that I can. I’m a film nerd who obsesses over film grammar, so I thought that making her story cinematic and putting the audience in her headspace was the most honest way to tell this story. My new film It Comes At Night is equally as personal, although it’s a totally fictional narrative. It was about putting the emotions and things I was grappling with into a fictional story… I think it starts with an emotion or a theme that is very personal to me and then I figure out the right story to tell and the right film grammar to tell that story. I get really excited about the themes, the emotions, the characters, and the technique used to convey all of this. When I sent the short for Krisha, I decided to re-watch the film for the first time in forever. It was a trip. It was like looking at old art work you made as a kid or something. I can remember where my head was at and how I was trying to find my voice. Having now finished two feature films and writing a new one, I can see a natural progression or evolution that started with this short film. I’m very happy to be sharing it.” TREY EDWARD SHULTS

Trey Shults always wanted to make films, but he did not go to film school. His parents wanted him to attend business school, which he dropped out of after a year to focus on film. The filmmaker credits his parents: “My mother and step-father are therapists and I think I would be a mess without them. A large part of their occupation is confronting things about yourself and bringing them to the light.” Shults got a job with the crew shooting images around the world for Terrence Malick’s documentary Voyage Of Time (2016), footage that ended up in the birth of the universe sequence in The Tree of Life (2011). He later worked on Malick’s Austin based projects, as well as Jeff Nichols’ Midnight Special (2016). His debut feature Krisha garnered universal acclaim. It won numerous prizes on the festival circuit including the Grand Jury Prize and the Audience prize at SXSW in 2015 and the Independent Spirit John Cassavetes Award in 2016. Shults’ new film It Comes at Night stars Joel Edgerton, Chris Abbott, Carmen Ejogo and Riley Keough. A24 is releasing it this Friday, June 9th.