L.A. Christmas a film by Kip Fulbeck. 1996, USA, 13 min. An autobiographical and bizarrely universal portrait of Christmas in California. 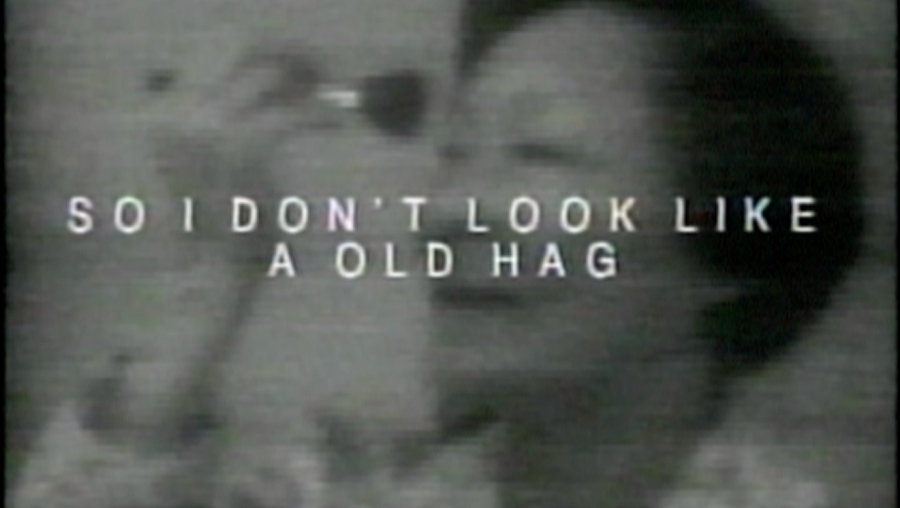 Gee Whiz It’s Christmas! And for that reason, Jake Perlin, Artistic and Programming Director of Metrograph, is taking over the programming of Le Cinéma Club with weekly Christmas-themed shorts and rarities! Metrograph, the recently opened independent movie theater on the Lower East Side of New York City that screens films on 35 and 16 mm projectors, was received as a dream come true for the city’s cinephiles and filmmaker community when it opened in March. To get a better sense of the vibrant and modern approach of its programming, one can look to the opening series “Welcome to Metrograph A to Z,” with its wide range of wonderful picks: Jacques Demy’s Les Parapluie de Cherbourg (1964), John Boorman’s Point Blank (1967), Nicholas Ray’s The Lusty Men (1952), John Woo’s Hard Boiled (1992), Kathryn Bigelow’s Point Break (1991) and Nicolas Roeg’s Performance (1970). Jake Perlin has selected four unique and diverse short films that will each show for a week on Le Cinéma Club, and which will then be showcased alongside other short films at Metrograph. The series is entitled “Gee Whiz It’s Christmas,” after Jake’s favorite christmas song by Carla Thomas. We couldn’t more excited to welcome Jake Perlin as our first ever guest curator

Jake Perlin begins the series this week on Le Cinéma Club with L.A. Christmas, a film by American Artist and performer Kip Fulbeck that invites to you into the intimacy of his Chinese-American family Christmas in Southern California. Shot with a Fisher Price PixelVision camera, L.A Christmas captures with tenderness and humour the quirkiness of Fulbeck’s family members; his Chinese godmother feeding the cat too much, his American father bummed about not receiving a Snoopy Dog CD, his nine-year old black belt nephew, and his other nephew reciting the pi 200 digits. The film is also a testimony of the bizarre universality of family gatherings. Through voice-over, we hear a loving conversation between Fulbeck and his mother commentating the images and other things his thirty-year old filmmaker son should do. If the film can be a bit hard to take in the first minutes, featuring a dinner party at which everyone knows each other and talks on top of each other, stick with it and you’ll soon feel right at home.

When Fulbeck realized that his family Christmas included Muslims, Jews, atheists, Buddhists but no Christians and yet everyone was celebrating the birth of Jesus, it made him want to capture the moments. The filmmaker wanted to put the viewer in the first person point of view, and to obtain this feeling, he knew his family had to interact with the camera while he was filming it. The Fisher Price camera, which looks like a small children’s toy, enabled him to film without breaking his family’s natural behavior. He used analog editing technology, and realized there was something missing. He then brought his mother to watch the rough cut and recorded their conversation as she watched. He added captions as guides to help locate the viewer through his film, which he admits can be hard to follow at first.

“I started to shoot with my regular camera and my family got really self-conscious and so I took out my Fisher Price camera and everyone thought it was a joke and clowned around and was very open to it. It allowed me to make this home movie about home movies.” KIP FULBECK

L.A. Christmas is a personal favorite for the filmmaker. Much of Fulbeck’s work across a variety of mediums, is autobiographical, combining personal stories with political activism, pop culture and stand-up comedy. Fulbeck teaches as a Professor of Art at the University of California in Santa Barbara. He has been featured on on CNN, MTV, The Today Show, and PBS and his work has been included in shows at the Whitney Museum or the Getty Museum among other institutions. His best known work is his Hapa Project in which he photographed volunteer subjects of Asian/Pacific islander descent to give voice to an overseen ethnic culture. The project embodies a range of mediums from a published book, to a photographic exhibition, online communities. The Japanese American National museum will host a show in 2018 of his new photographs taken of the same subjects 15 years later.