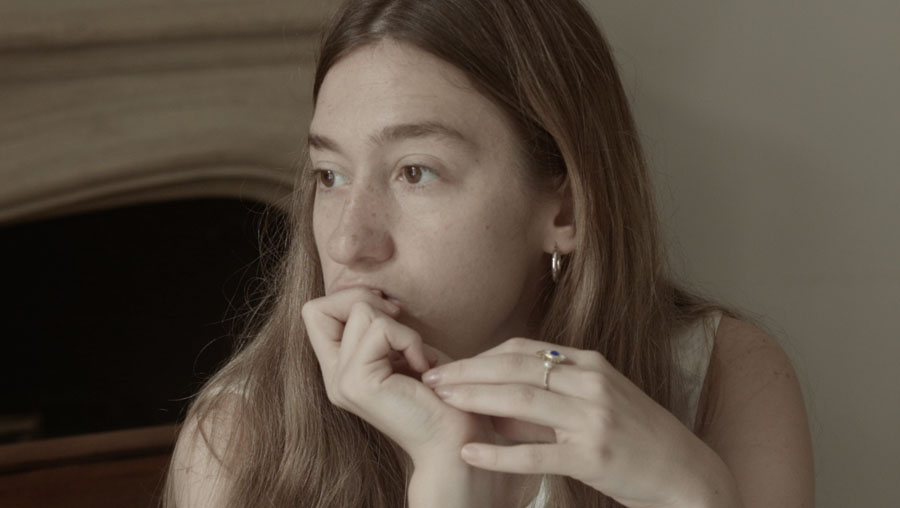 Le Cinéma Club presents a tragicomedy co-directed by two young Argentinian filmmakers: Francisco Lezama and Agostina Gálvez. Set in Buenos Aires, the short follows Ivana, a young woman who works for a company that rents properties to tourists, as she suddenly begins to steal, invent fake exchange rates, and mistranslate. La Novia de Frankenstein was selected at the Locarno Film Festival and the New York Film Festival in 2015. The story for the short came from Francisco Lezama and Agostina Gálvez’ fascination with the strange attitude they felt Argentinians had in response to the financial crisis in their country and the fluctuating currency that came along with it. There was a general obsession with the American dollar, as well as a tendency for some Argentinians to turn to unconventional methods — like palm readers and psychics — to predict their finances. The actress Miel Bargman was also a starting point for the filmmakers, as the directors and the actress wanted to make a film together. Francisco Lezama and Agostina Gálvez didn’t want to be tied to a screenplay, and they infused the short with real details and observations from the lives and personalities of their actors. The filmmakers were keen to mix fiction and reality, and they encouraged the actors to follow this method.

“We try to create some sort of ‘cubist effect’ that allows ambiguity or uncertainty. We strongly believe in not knowing what we are doing until we finish the whole process. I once heard something beautiful: ‘modernity appears when the adventure prevails over the results’. We don’t think beforehand about the results because we get bored when we know where we are going.” FRANCISCO LEZAMA

Francisco Lezama and Agostina Gálvez studied and met at the Universidad del Cine in Buenos Aires where Francisco currently teaches film history. He also works as a projectionist at MALBA and the Museum of Cinema in Buenos Aires. Agostina Gálvez is based in New York and represented by Radical Media, for whom she directs editorial content. The filmmakers were both influenced by the ideas of realism developed by the post-war French critics, and they are both admirers of Éric Rohmer and Hong Sang-soo. They have since made another short film together entitled Dear Renzo, and they are editing a new one titled La Vuelta de Saturno.