Le Cinéma Club continues March’s Animal Festival with this week’s selection. Although they’re our neighbors and household companions, animals always project an air of mystery: we might read into their behavior, but do we really know what they’re thinking? Regardless, they make a fascinating—and fun—muse for filmmakers, and this month’s selections will begin what we hope will be a recurring series.

This week’s film, Xander Robin’s Lance Lizardi, unfolds like a late-night internet discovery. The film starts out as a video-art memoir made by an eccentric “Florida Man” (played by Robin) who’s really into lizards: we watch him cut up his old driver’s license before formally changing his last name to “Lizardi.” But this seems to unleash something even deeper within Lance, who traverses the swampy Everglades to seek out rarer critters—and undergo an otherworldly transformation.

Commissioned by the Borscht Corporation, the net-art-friendly Miami collective that’s funded artists like Terence Nance and Barry Jenkins, Lance Lizardi is crafted as though Lance made it himself. We learn about Lance’s life through chaotic scenes akin to Vine posts: one minute he’ll be honing vocal chirps to attract gators, the next he’ll be facing the wrath of his mom (Robin’s own mother) for hiding a tank of lizards in his closet. As Lance spirals further down his own rabbit hole, there are moments of body horror-inflected beauty; at one point, a friend of Lance’s (Michael Casper) teaches him how to let a lizard dangle from his ear by its teeth. 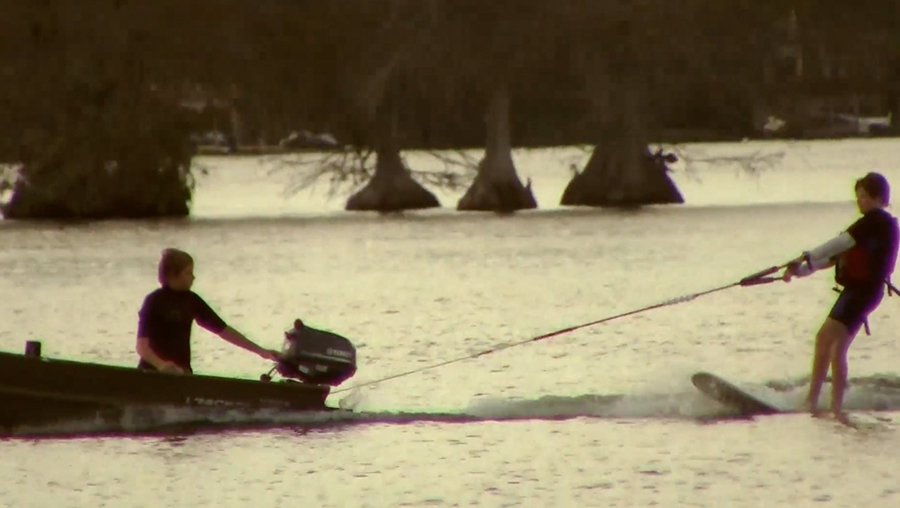 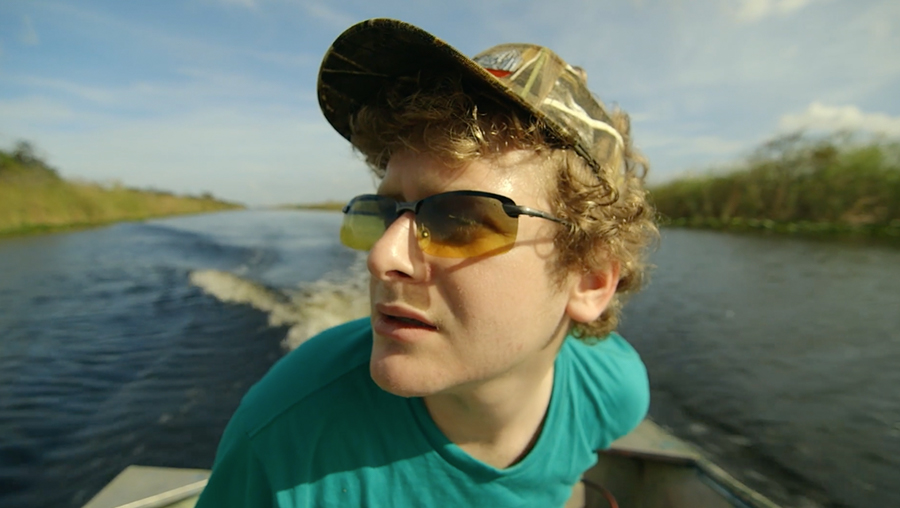 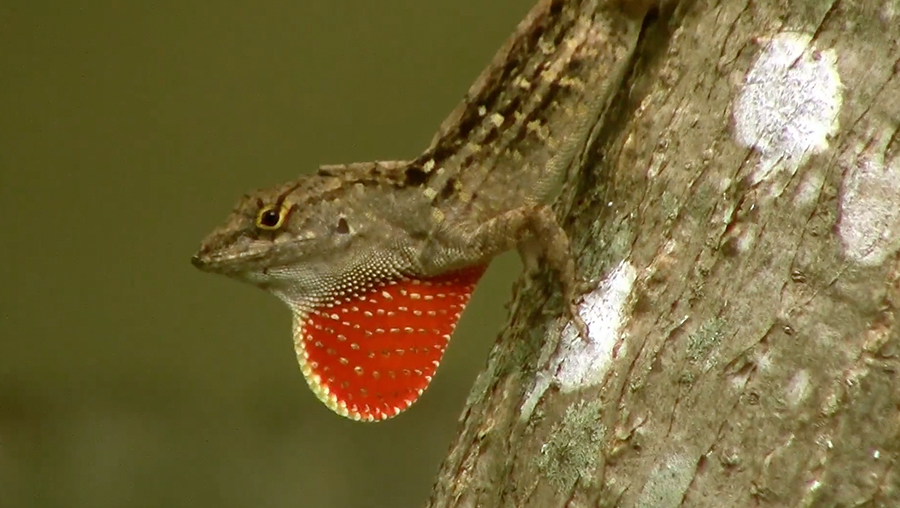 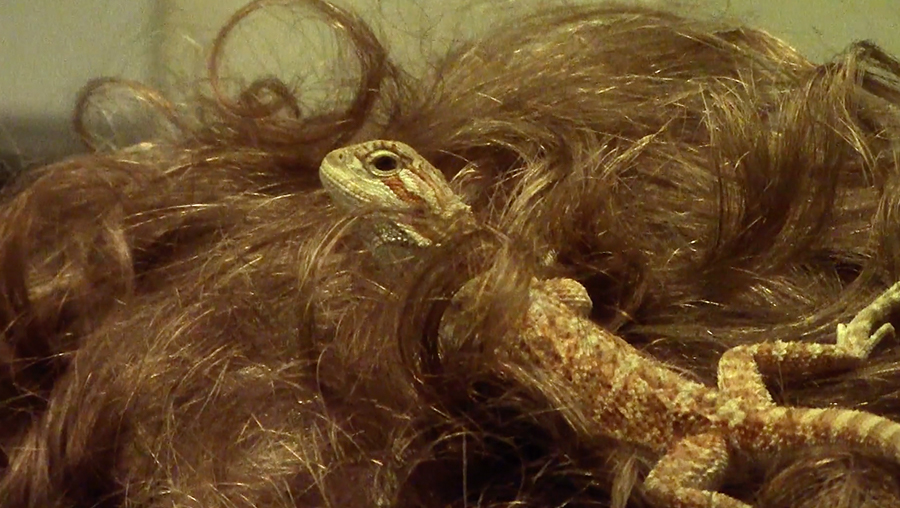 “There is something about the area in which you grow up that always calls you back. Lance Lizardi was the first project I made in South Florida since I was in high school, after having lived in NYC for many years—and I was attempting to recapture that freeform feeling of making movies with your friends, through a story of the cinematic power of reptiles and those seduced by them.” XANDER ROBIN

These moments come together into an unforgettable character study, whose affection for obsessive oddballs might evoke the video art of Tim & Eric or Conner O’Malley. But it also broadens into a reptile-themed community portrait: Lance spends time with a man who teaches him gator calls (producer Tatiana Bears’ father), and also meets a landscaper (Gary Holzapple, producer Josh Sobel’s family gardener) worn down by lizards hiding in the engine of his lawnmower. “Animals [like this] shouldn’t be pets,” he warns Lance—but Lance is more compelled to pursue his unique gift for communicating with them. What happens when this gift becomes an identity?

Robin’s filmmaking credits include the 2016 body-horror romance Are We Not Cats?, which premiered at the 2016 Venice Film Festival. Now based full-time in South Florida, he’s currently working on a follow-up feature that spins off of Lance Lizardi—or, as he describes it, “An American Werewolf in London, but in Florida with reptiles.” He’s also in the midst of directing episodes of a TV series for the Safdie Brothers’ Elara Pictures.