With the release of 2020’s Another Round starring Mads Mikkelsen, Thomas Vinterberg became the first Danish filmmaker to be nominated for Best Director at the Academy Awards. This week’s short, Last Round, highlights the humanity present in even his earliest work—in this case, his thesis film at the National Film School of Denmark, which was nominated for a student Oscar and won honors at the Munich and Tel Aviv film festivals.

The film stars Thomas Bo Larsen in his first of several collaborations with Vinterberg, including The Celebration, The Hunt, and Another Round. Larsen plays Lars, a young man first seen boarding a plane to Florida, only to turn around to spend one more day at home in Copenhagen. This spontaneity charts the course—Lars ends up renting a lush hotel suite with his friends Peter (Martin Brygmann) and Annika (Ann Eleonora Jørgensen)—but that fun takes on a greater significance when Peter reveals that Lars is coping with a terminal leukemia diagnosis. 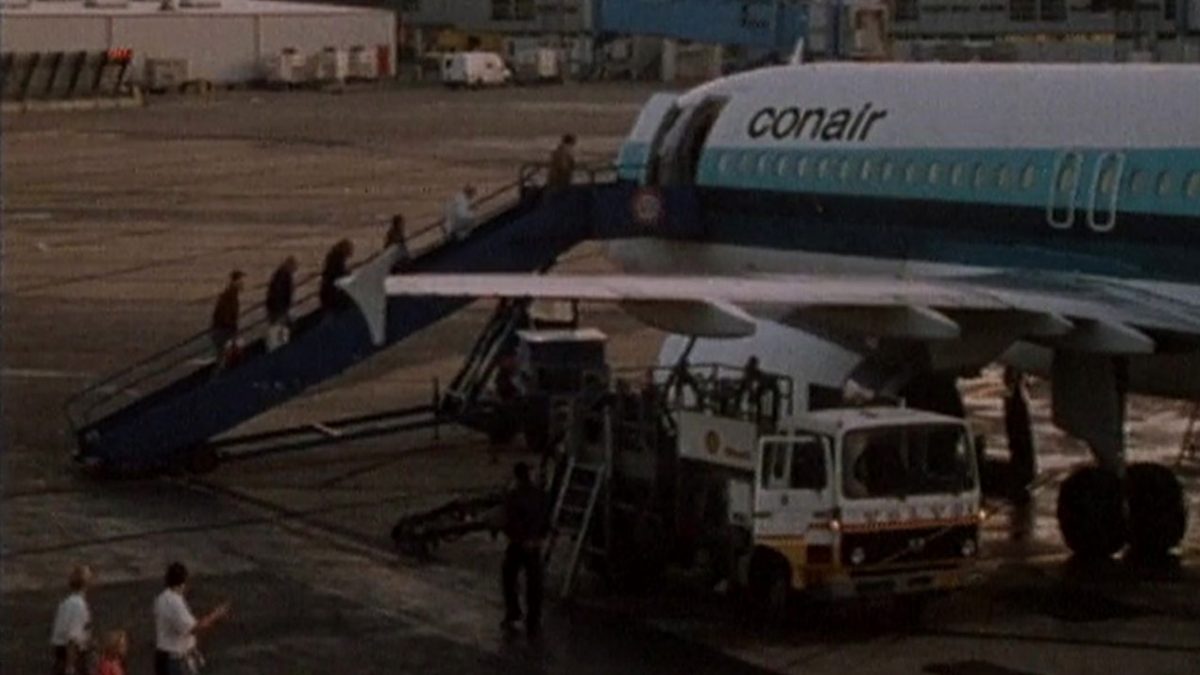 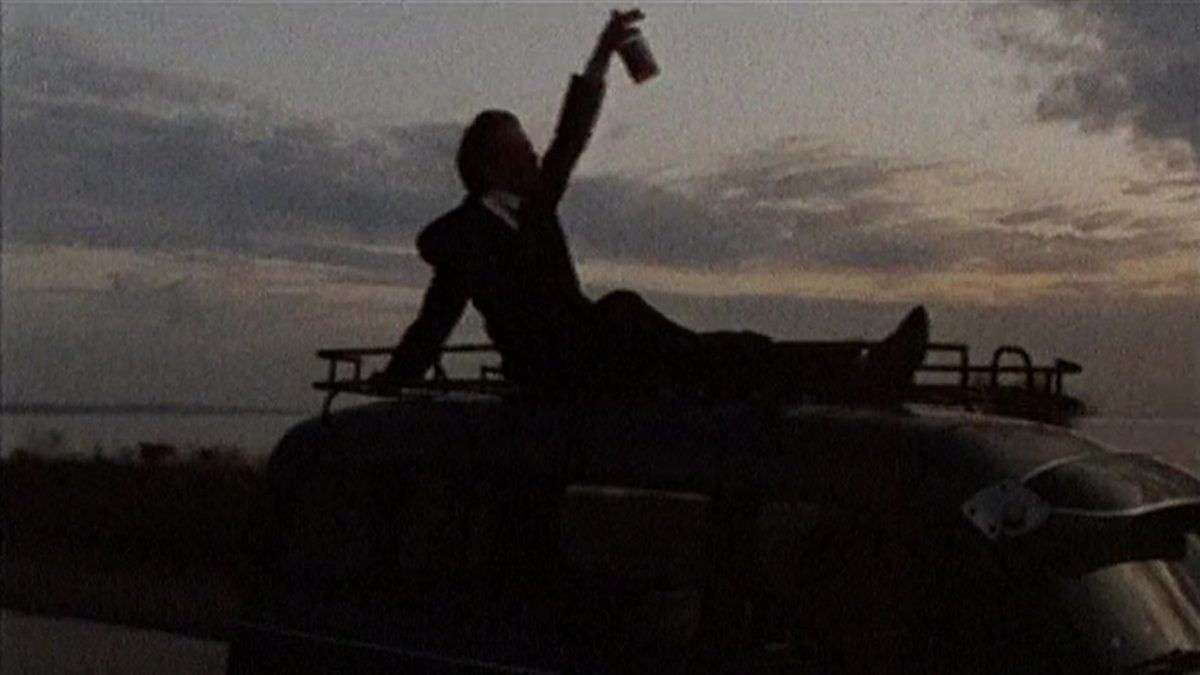 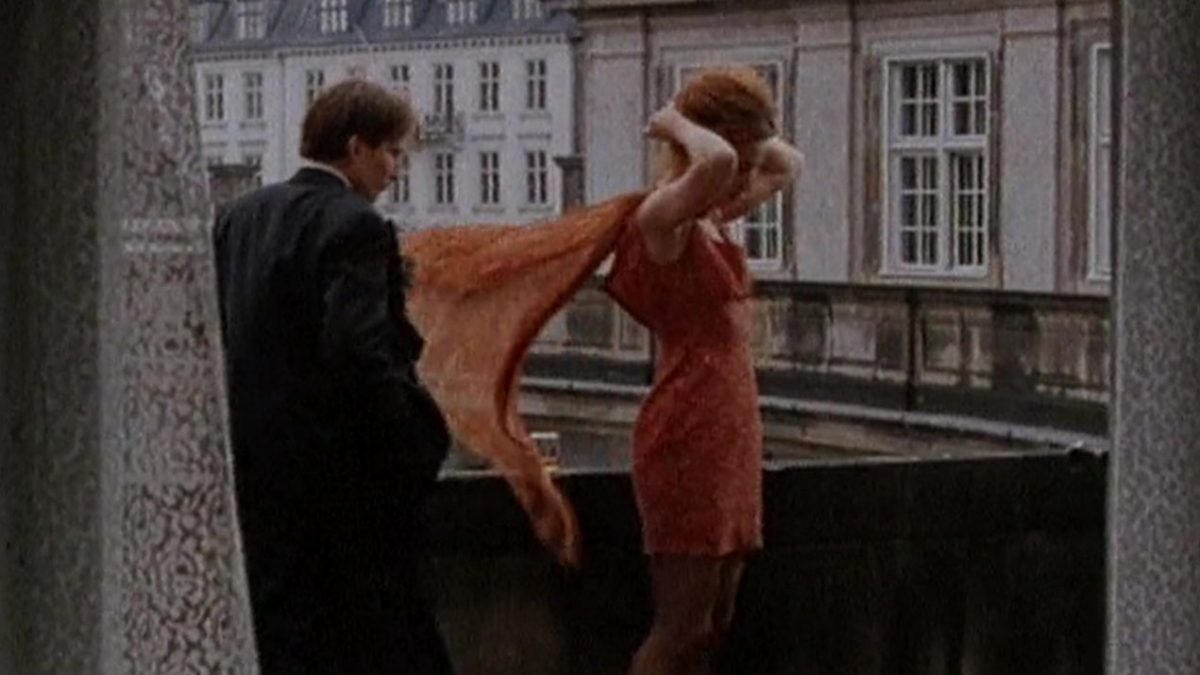 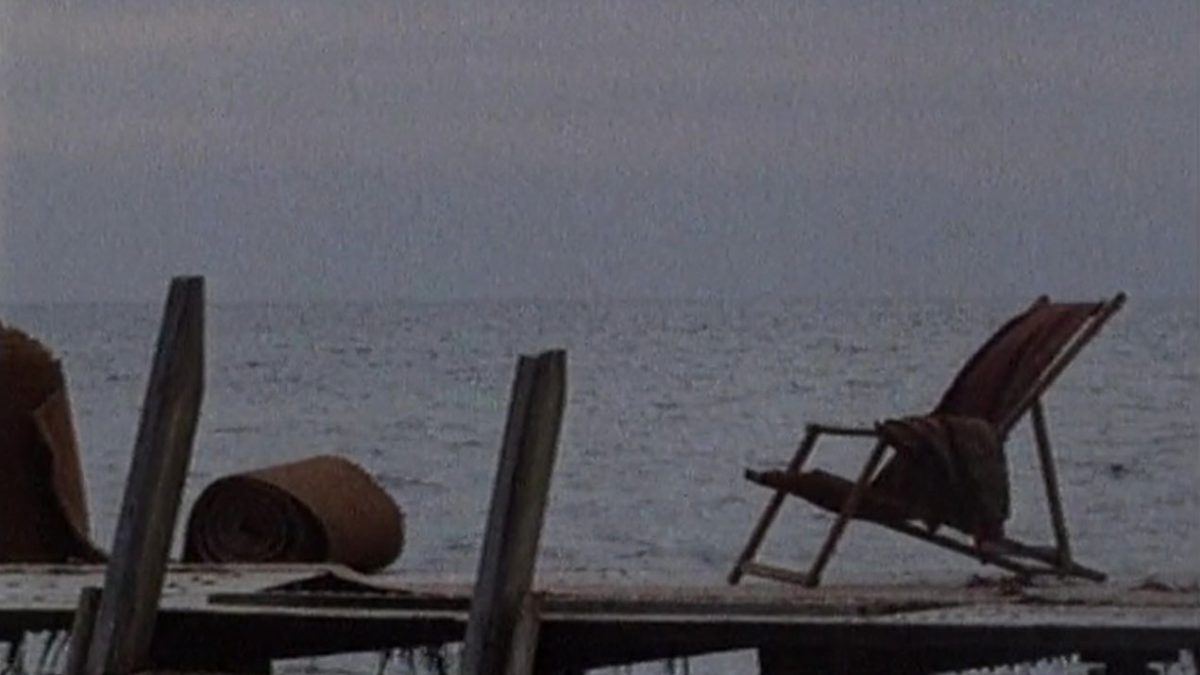 “Last Round is my graduate film from film school back in the early ’90s. It’s my starting point, and I care a lot for its naive purity. When my mind needs artistic purification, when I find myself becoming repetitious or intentional, Last Round is my go-to place. Even more so than my Dogme 95 film contribution The Celebration. The combination of grief and celebration of life—and the ode to the streets of Copenhagen—has somehow reappeared in my latest film. I didn’t deliberately plan that, but it became clear to me when someone introduced me to the English title ‘Another Round’.” THOMAS VINTERBERG

Although Vinterberg was only in his early 20s when he made Last Round, the film’s combination of tones is impressively assured. There’s a visceral thrill whenever the central trio cuts loose, running down a Copenhagen street with popped champagne and music blasting out of a car window; there’s also a tender ambivalence when the characters confront the reality of Lars’ situation, heartfelt but never melodramatic. Toward the end of the film, Lars asks Annika to sit quietly with him on a dock while they try to measure the length of a minute, and it’s to Vinterberg’s credit that each second seems imbued with an understated preciousness.

Vinterberg rose to international prominence as the co-writer of the Dogme 95 manifesto with Lars von Trier; his 1998 film The Celebration won the Jury Prize at Cannes and is considered the first official Dogme production. His eclectic career includes the Nordic Council Film Prize-winning Submarino, the Oscar-nominated The Hunt, and the Thomas Hardy adaptation Far from the Madding Crowd. Based in Copenhagen, Vinterberg is currently developing his first television series, Families Like Ours, set in a near-future Denmark thrown into crisis by rising sea levels. 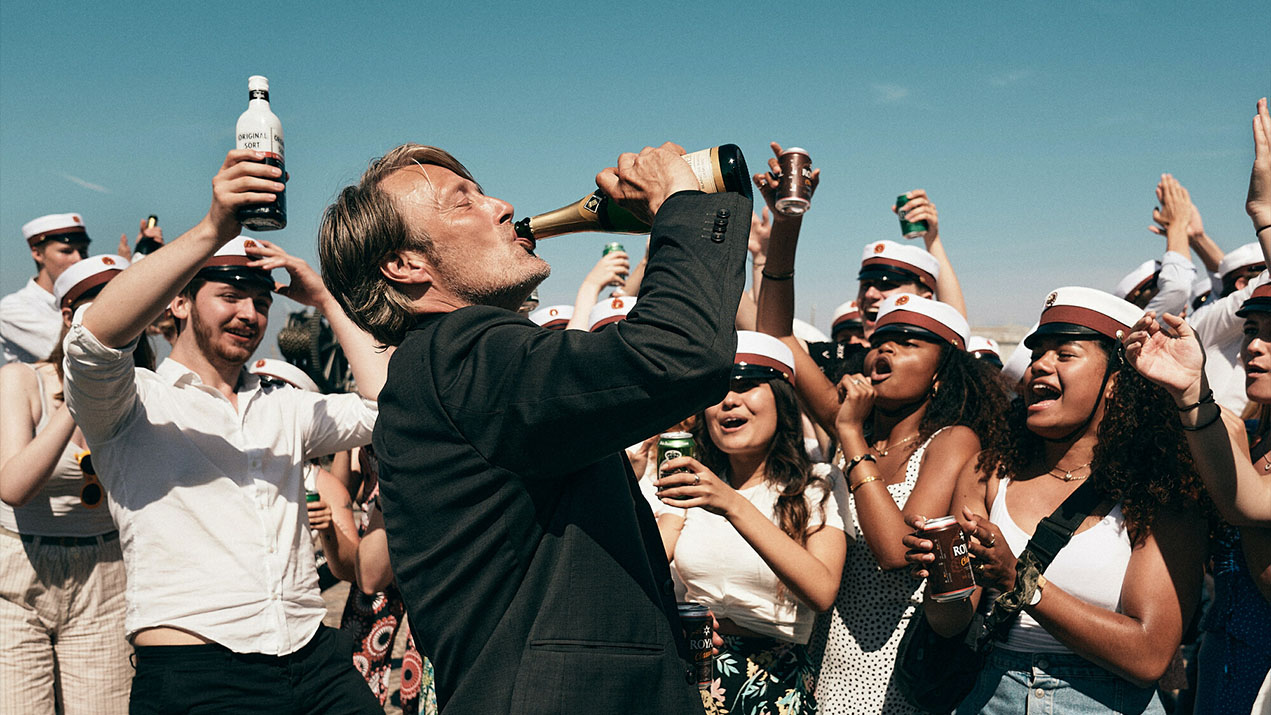 Trailer for Another Round.