LE KIOSQUE a film by ALEXANDRA PIANELLI. 2020. France. 78 min. A loving look inside a family-run newsstand in the heart of Paris.

In her debut feature, Alexandra Pianelli lovingly documents her time working at her family’s Paris newsstand. Sequestered behind the cramped counter, Pianelli films the world as it passes before her with a boundless sense of curiosity and compassion. iPhone or GoPro strategically set up before her, she records idiosyncratic interactions with charming regulars who drop by for their newspapers and a chat, or the lost passers-by simply looking for directions. Le Kiosque is a tender study of humanity, as well as a bittersweet sketch of physical media’s dying days as the newsstand’s future becomes increasingly unclear.

Pianelli started helping out at the newsstand temporarily after graduating from art school. Six years later she was still there, working alongside her mother at the busy kiosk in the chic 16th arrondissement, befriending the local denizens and fellow street vendors. As with her 2008 short film Fenêtres sur cour (Quelque chose de Tennessee), in which she records a summer spent working as a concierge in a Paris apartment building, Pianelli finds inspiration from her job, bringing an artist’s eye to the daily rhythms of her work. 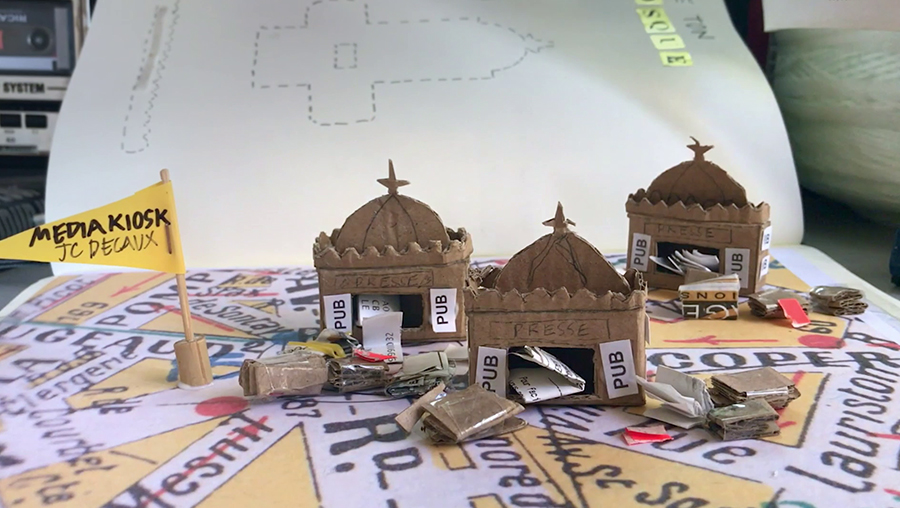 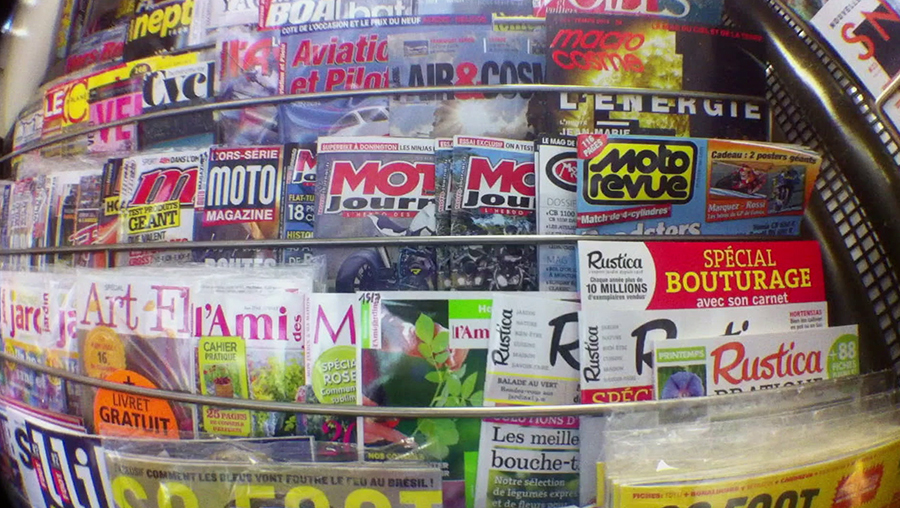 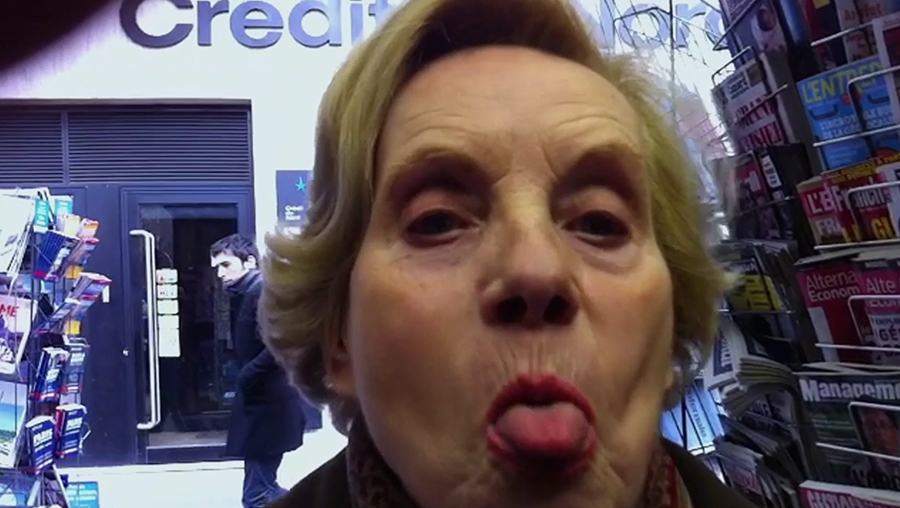 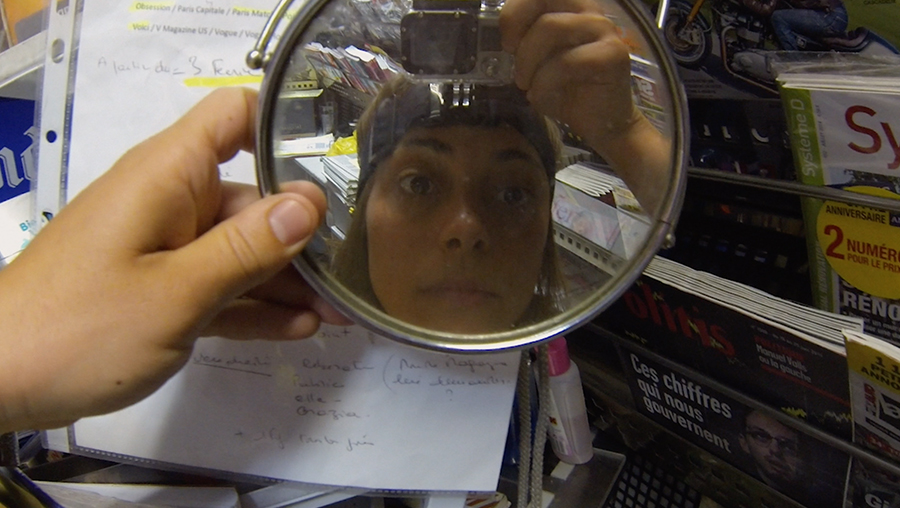 “The phone became my pen camera. It helped me capture reality as quickly as possible and find the right distance with customers. This is the challenge of the film: to evoke the end of print media with the digital tools that allow us, today, to be our own content editors.” ALEXANDRA PIANELLI

The tactile nature of her routine is brought to life through her intimate camerawork, which magnifies the organized chaos behind the counter. She’s fascinated by the markings on the “alveoli” that hold the kiosk’s change for customers, made by generations of fingers scooping up coins, or by the bubbles that recede on the surface of her plastic cup of espresso. She constructs cardboard cut-outs to playfully illustrate the newsstand’s story within the larger history of Paris’s individual kiosks, bringing a sense of humor to the bleak prognosis for her family’s business. As the years pass, the film evolves into an act of preservation, a way of keeping the kiosk alive on film before the structure itself is lost to history.

Alexandra Pianelli is an artist and filmmaker whose practice focuses on notions of work and play. Le Kiosque has appeared at festivals including Sheffield Doc Fest, DocsBarcelona and Munich International Documentary Festival. Pianelli received her degree in Decorative Arts from Ecole Supérieure des Arts Décoratifs de Strasbourg and is currently co-writing a film about youth attached to screens with frequent collaborator Zoé Chantre.