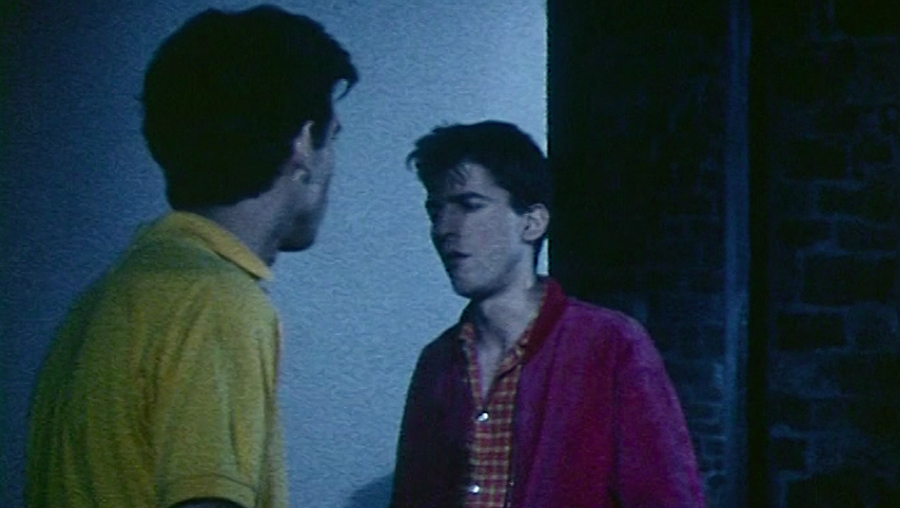 On the occasion of the 69th edition of the Cannes Film Festival, this week Le Cinéma Club presents the very first short by French director Alain Guiraudie, whose latest film Staying Vertical has been presented as an official selection at the festival. Alain Guiraudie’s previous feature Stranger by the Lake was selected in the Un Certain Regard section of Cannes 2013, where the filmmaker won Best Director. He was also awarded the César for Best Original Screenplay for the film. Guiraudie directed Les héros sont immortels at 26 years old. The film shows two young men meeting on the square of a small village in the south of France over the course of a few nights. They are waiting for a third mysterious man — one whom they admire. The young man sitting on the right is played by the director himself.

Guiraudie didn’t know anything about directing or producing at the time of making the film. He wanted to attend what has since become La Fémis, the prestigious film school in Paris, but he didn’t apply, thinking that he didn’t have enough general knowledge to pass the very selective exam. He also stopped writing novels that he didn’t like… Guiraudie started fresh — directing this short, based on a story he had written — financing the film with whatever money he could find, without any expectations. The experience demystified the idea one has of a film before shooting, and the filmmaking process became something that Guiraudie accepted as a reality. He had learned an idea that Bresson — one of his favorite directors — put best when he explained that a film has two lives and two deaths : it dies a first time when it is laid on paper, it is born again during the preparation, dies again during the shooting, and is reborn once again in the editing room.

“I discovered that cinema wasn’t the better world that I had imagined but one that works just as life does. That first film was frustrating but it gave me the desire to do it again: I had managed to finish a project on my own without selling my soul to anyone, and I was proud of that. I was unsatisfied, but dissatisfaction has always been the driving force of my existence.” ALAIN GUIRAUDIE

In his first film, Guiraudie demonstrates many of the cinematic qualities and ideas that will later contribute to the beauty of his features. The construction of the short is based on repetition. The characters meet six times, one after the other — all in the same place and at the same time, each time sitting at the same spot, all introduced with the same traveling shot and the same music. The poetic charm of the film also comes also from its theater-like set up, and the dialogue’s very subtle sense of irony. In his earliest work, Guiraudie shows a natural and deep sense of cinema. The filmmaker describes art as a way of “reinventing reality and communicating about the world, people, and oneself through deepening the stakes of everyday life, making it more tragic, tense, and complex.”