The Eye Was in the Tomb and Stared at Daney a film by Chloé Galibert-Laîné. 2017, France, 10 min. A clever essay film on the power of sound in Franju’s masterpiece Eyes Without a Face. 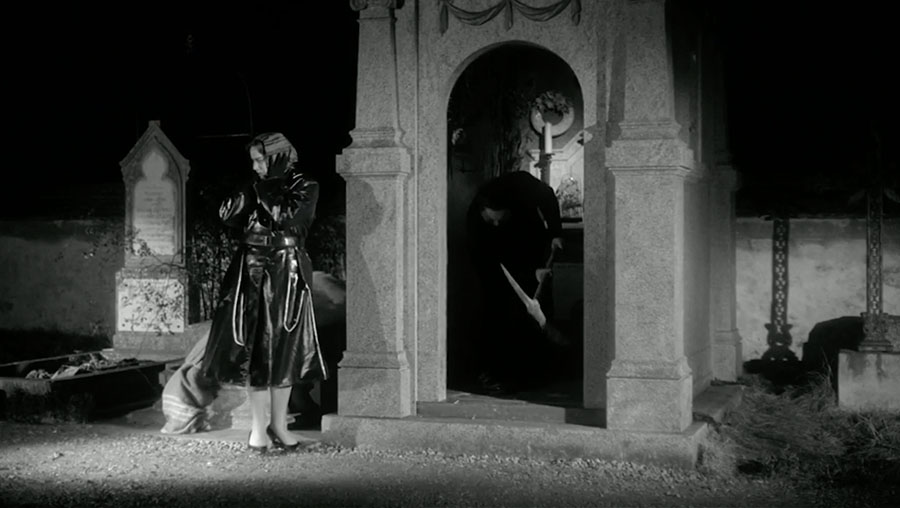 As it is Halloween season, this week we’re presenting a clever video essay on the power of sound in movies to scare us and haunt our memory. The video draws its argument from a text by the legendary French critic Serge Daney on Georges Franju’s horror classic Eyes Without a Face – in which Daney talks about a peculiar noise that prevented him from rewatching the film for decades. Serge Daney is one of the most important figures of French film criticism, though very little of his work has been translated into English, to the regret of many cinephiles. He worked as a critic for Cahiers du cinéma starting in 1964, and as its editor from 1973 to 1981, before leaving for the daily newspaper Libération. He died in 1992. Georges Franju’s Eyes Without a Face caused controversy and received mixed reviews upon its release in 1960, but is now considered a classic and masterpiece for its poetic nature, an influence on many filmmakers.

Through penetrating associations of text, clips, and sounds, all popping up on a simulated computer screen, French researcher and filmmaker Chloé Galibert-Laîné resurrects the dialogue between these two figures, conducting an investigation into the noise that terrified Daney, as well as others that have scared her. Galibert-Laîné clears the path of her research and succeeds at chilling the viewer in turn.

Chloé Galibert-Laîné is a researcher and filmmaker based in Paris, whose work is focused on the relationship between cinema and online media and is presented in both academic and artistic contexts. She is currently preparing a PhD at the prestigious École normale supérieure de Paris and teaches film studies at Université Paris 8. Her work has been shown at the Ars Electronica Festival, the London Essay Film Festival, the Rotterdam International Film Festival, IMPAKT Festival, and the Austrian Film Museum. In 2018, she was Artist in Residence at m-cult (Helsinki) through the European Media Art Platform (EMAP) and an Art of Nonfiction Grantee from the Sundance Institute. You can learn and view more of her work on her website.