In early-’60s London, James Scott was gaining momentum as a fiction filmmaker with a directing deal from Woodfall Films; one of his earliest shorts starred Anthony Hopkins in his screen debut. For his next film, Scott pivoted to documentary, wanting to follow an artist’s process. The perfect subject happened to be his neighbor in Notting Hill: David Hockney.

Love’s Presentation AKA Fourteen Poems of CP Cavafy Chosen and Illustrated by David Hockney may be a time capsule of a rising art-world star, but it pokes fun at the perspective of a celebrity profile. In its opening sequence, an antsy-looking Hockney squirms as a narrator reads aloud critic Jasia Reichardt’s introduction to his star persona. Scott’s portrait of Hockney is more expansive, spurning the growing popular image of the artist in favor of following him at work; he’s described the film as a “how-to” documentary. Set in Hockney’s ground-floor apartment and studio, Hockney himself improvised the narration while watching the film. As he crafts the etchings, we watch the artist carve delicate lines into the plates, submerge them in an acid bath outside his window, then wipe his hands on the window curtains. 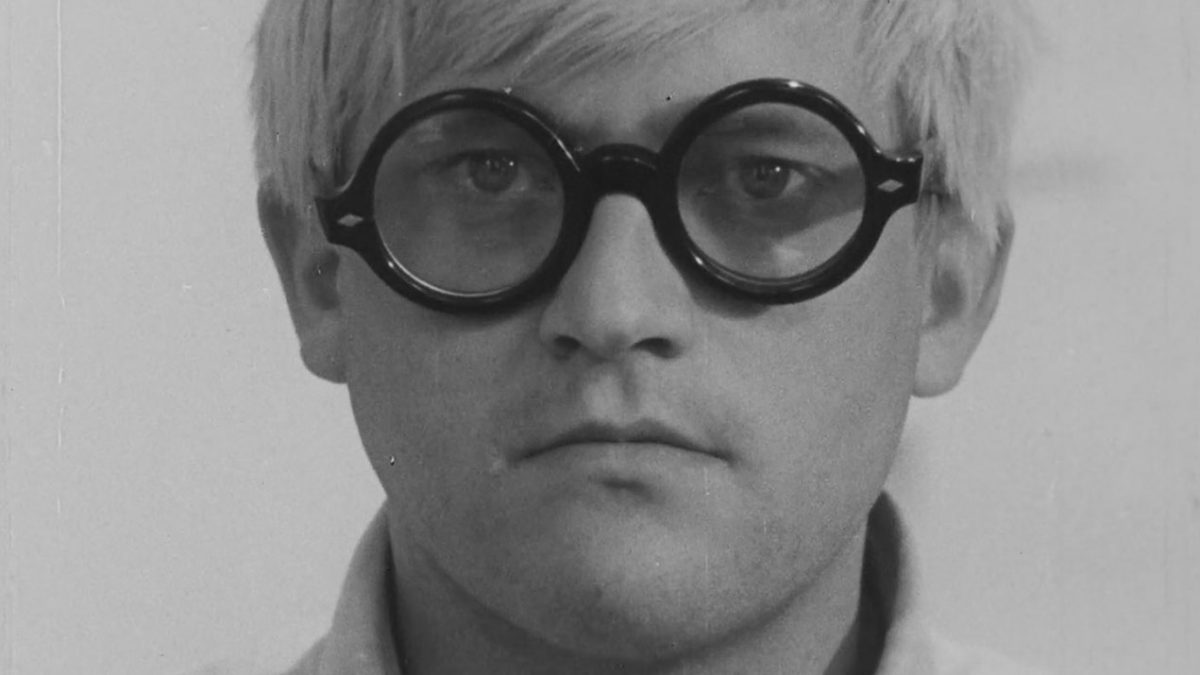 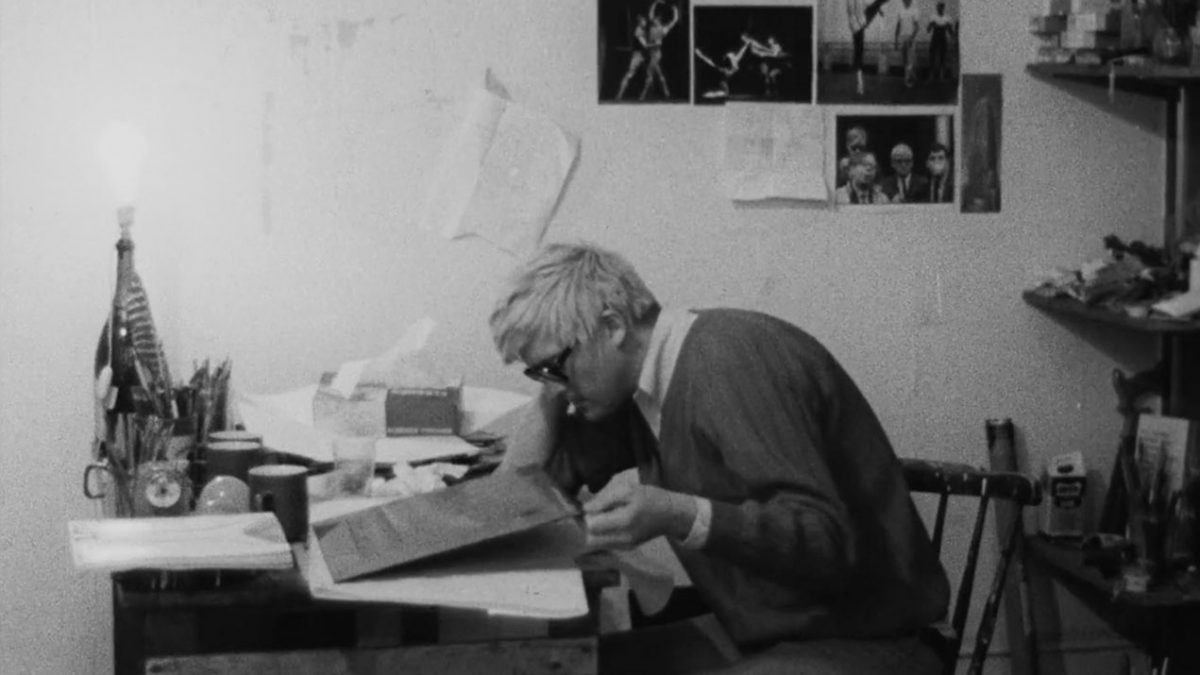 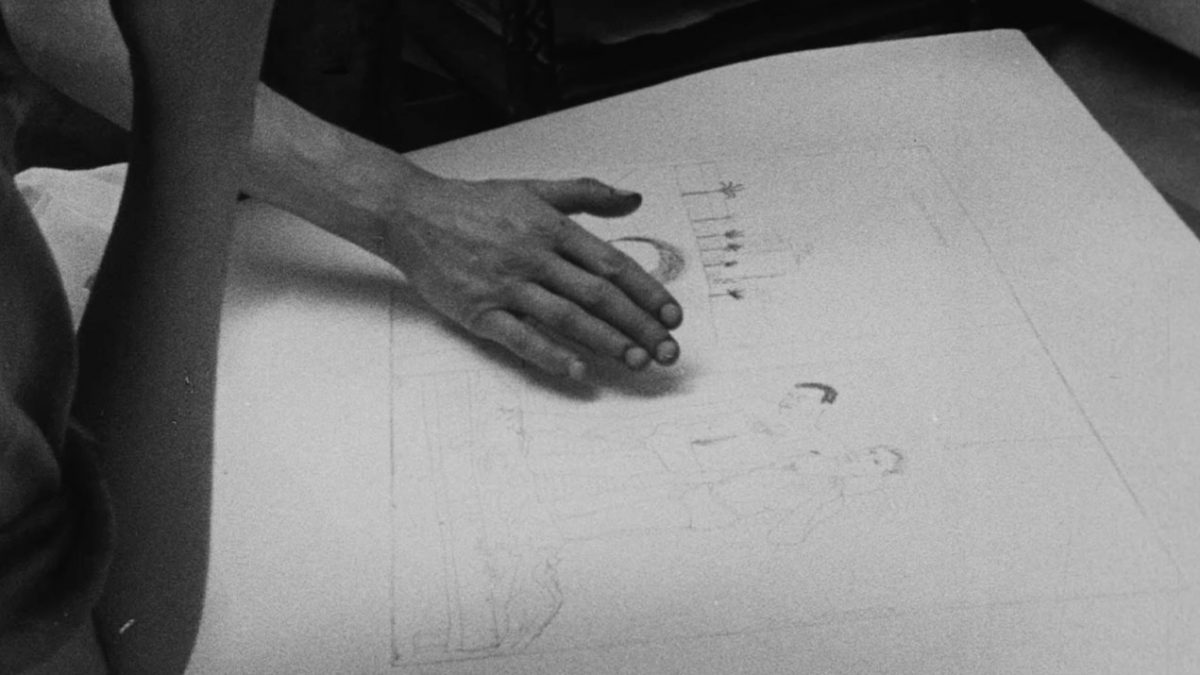 “My dream was to show contemporary artists at work and to explore the sources of their inspiration, while using film itself and the relationship with the artist to create a new work in its own right.” JAMES SCOTT

Love’s Presentation, also the title of one of CP Cavafy’s poems, celebrates both the everyday aspects of an artist’s work and the wonder of the finished project. These prints were radical at the time for depicting straightforward, tender love scenes between men, up until then considered a criminal offense in the UK. Before agreeing to distribute it, the British Council demanded the removal of the film’s coda, in which the openly gay Hockney reads Cavafy’s poems over a montage of his illustrations. (The board also asked Scott to cut footage of Hockney wearing a sweatshirt screen-printed with the number “69.”) In 2019, the uncensored version of the film finally premiered at the Anita Rogers Gallery, where it screened alongside the original etchings and recordings of Hockney reading the poems. On that occasion, Scott summed up its impact: “Looking at an artist’s work could reveal not only their magic, but also the underlying emotion that drives the creative moment.”

Scott was born in 1941 to artists William and Mary Scott. He studied painting and theater design at the Slade School of Fine Arts, and his directorial debut The Rocking Horse was the first student film to receive an X rating from the British Board of Film Censors. Scott’s subsequent artist documentaries focused on Claes Oldenburg, Richard Hamilton, and R.B. Kitaj. In 1970, he co-founded the Berwick Street Film Collective to make Nightcleaners, which focused on the all-night work of women janitors and their efforts to unionize. His 1983 Graham Greene adaptation A Shocking Accident won the Oscar for Best Short Film. Scott’s filmography is available on his website, along with highlights of his visual arts career. Based in Los Angeles, Scott is presently working on a documentary about the Catalan artist and activist Antoni Tàpies. He is also completing his Cold War novel, Clouds of War: Three Lives.