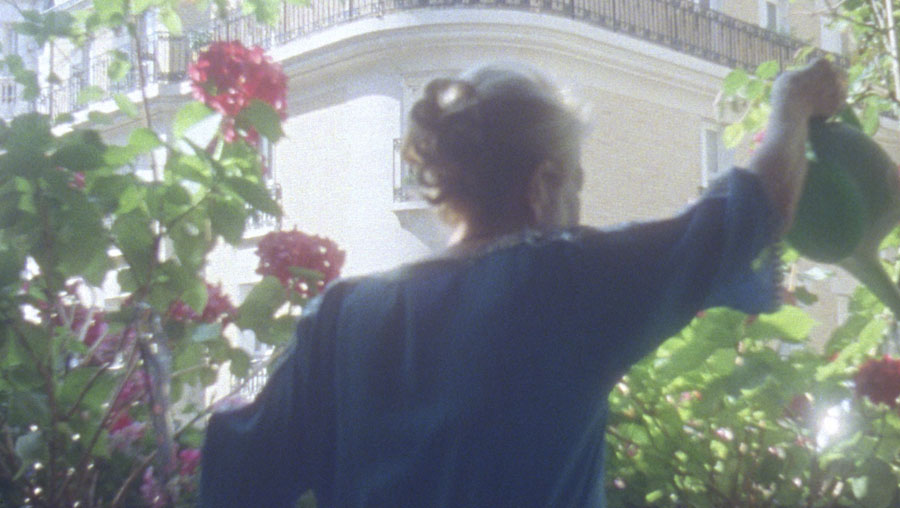 This week, Le Cinéma Club is pleased to present the keen, glimmering Maison du bonheur, a feature documentary portrait of a Parisian astrologer shot, directed and edited by Canadian filmmaker Sofia Bohdanowicz. In her ’70s and recently widowed, Juliane Sellam is the animating spirit of the Montmartre apartment building that gives the film its title (“House of Happiness”). Bohdanowicz captures her routines with singular precision, economy and tenderness, in perfectly self-enclosed vignettes that together form a picture of a woman, her world, and the mutual affection that brings them into harmony. Following screenings at the Vancouver, BAFICI and Hot Docs film festivals, Maison du bonheur received a theatrical release at Metrograph and was a New York Times Critics’ Pick. We present Maison du bonheur on the occasion of the New York Film Festival premiere of a new fiction short by Bohdanowicz, Veslemøy’s Song, screening on October 10th and 11th as part of “International Shorts Program II”. Vivacious, joking, an unabashed coquette, Juliane Sellam is delighted with her work and with the daily tasks of baking, gardening, and remembering that carry her through each day and into the next. She reveals herself slowly but generously, with a strange complicity that makes her inner world seem both completely open and an intimation of the universe’s most well-guarded secrets. Bohdanowicz at first resists this intimacy, insisting to her subject that, as the filmmaker, her own voice will not appear in the film – but then surrenders and revels in it, in the friendship that her camera’s patient gaze allows us to see grow before our eyes. Bohdanowicz told us a little more about how this collaboration came to be:

“I shot this film on a hand wound 16mm Bolex camera in the summer of 2015 when a colleague of mine suggested that I make a documentary about her mother, Juliane, an octogenarian astrologer who had lived in the same apartment in Montmartre for over 50 years. The opportunity to shoot the film was offered two months before my departure and so I funded the film with a line of credit. I left from Toronto to Paris armed with thirty 100 ft. rolls of 16mm film not knowing much about Juliane and anxious about what I would find. When I arrived at her apartment I was about to knock on the door, but then felt something beneath my feet, it was a doormat that said, “Maison du bonheur”. An overwhelming sense of comfort came over me and when a beautiful woman in a long blue dress opened the door, with her hair pinned up in a stunning updo, her warm and inviting smile made me feel at ease. Within 20 minutes of our meeting we began collaborating and scheming on a film which I believe captures a life well-lived.” SOFIA BOHDANOWICZ

Toronto-based filmmaker Bohdanowicz won the Emerging Canadian Director award at the 2016 Vancouver International Film Festival for her first feature, Never Eat Alone, and was the subject of a retrospective at BAFICI in 2017. She won the 2017 Jay Scott Prize from the Toronto Film Critics Association and Best Canadian Documentary for Maison du bonheur from the Vancouver Critics Circle. A Berlinale Talents alumni, she is currently in post-production on her third feature, MS Slavic 7, which was co-directed with actor Deragh Campbell. She is currently pursuing her MFA in film production at York University, and you can read more about her work on her website.