Malika Is Gone a film by Jean-Paul Civeyrac. 2008, France, 35 min. With Mounia Raoui, Laurent Lacotte and Renan Carteaux. A rarely screened meditation on loss and deportation by an uncompromising contemporary auteur. 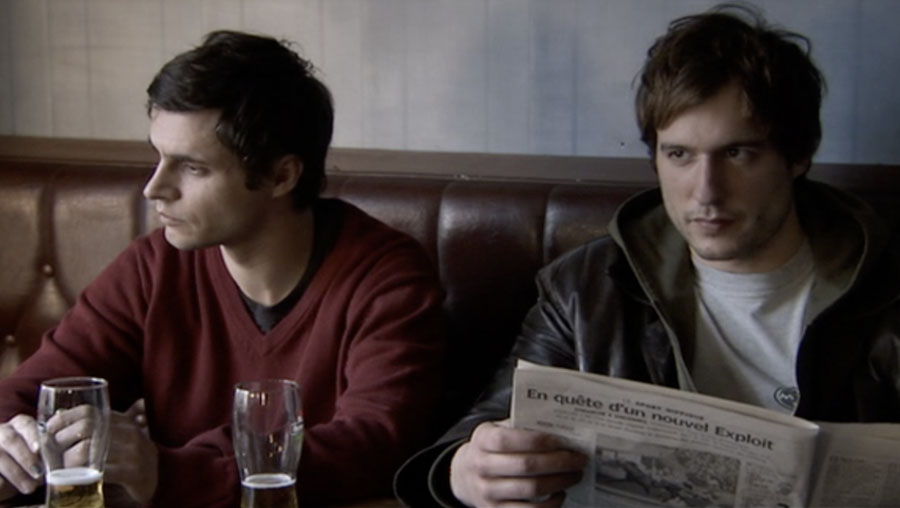 This week, Le Cinéma Club is proud to host the rarely screened 35-minute film Malika Is Gone by the great French director and cinephile Jean-Paul Civeyrac, on the occasion of the release of his latest feature A Paris Education at the Film Society of Lincoln Center in New York. Marc (Laurent Lacotte) leads an idle existence in the Northwestern Parisian suburb of Gennevilliers. Among his few attachments is his more ambitious friend Nicolas (Renan Cartaux), who finds their relaxed, unquestioning companionship invaluable and is more than happy to subsidize Marc’s inertia. When Marc crosses paths with Malika (Mounia Raoui), the young woman’s presence exerts an almost supernatural pull on him – even as her precarious status as an illegal immigrant threatens to drag her from his life at any moment.

As with many of Civeyrac’s films, Malika Is Gone appears to arise from a daydream, a few scattered and confused thoughts held for a moment while sitting in a café, but deepens and darkens as it goes on, here into a meditation on loss, the deportation of undocumented immigrants, and the alternate histories that slip or are torn from our grasp. Looking back on the film, Civeyrac says:

“In Malika Is Gone, I approached for the first time a political subject (one that I would fully develop later in my feature My Friend Victoria). For the first time as well, I tried to capture a friendship (a theme that I later explored, in various forms, in Young Girls in Black, My Friend Victoria and A Paris Education). Finally, it was also the first time that I used jazz, rock and pop music – my personal taste usually prompts me to use classical music ( although there is still a bit of John Cage at the end of the film). All these first times have made Malika Is Gone an important film for me; by enabling other films, it has been a path that led me somewhere – which is not so often the case.” JEAN-PAUL CIVEYRAC

Jean-Paul Civeyrac is one of French contemporary cinema’s most uncompromising auteurs. His 1996 debut feature Neither Eve nor Adam was described as the meeting point of Robert Bresson and of Nicholas Ray, and his 2003 film All the Fine Promises, an adaption of a novel by the iconic French New Wave actress Anne Wiazemsky, was awarded the Jean Vigo Prize. A retrospective of Civeyrac’s work was presented at La Cinémathèque Française earlier this year. His latest film, A Paris Education, a coming-of-age story set among students and cinephiles, had its world premiere at this year’s Berlin Film Festival Panorama section, was applauded by French critics upon its April release in France, and is now playing at New York’s Film Society of Lincoln Center.