Marc Jacobs a film by Sam de Jong. 2014, Netherlands, 17 min. Quasi-metaphysical interrogations of masculinity – and a pair of designer sunglasses. 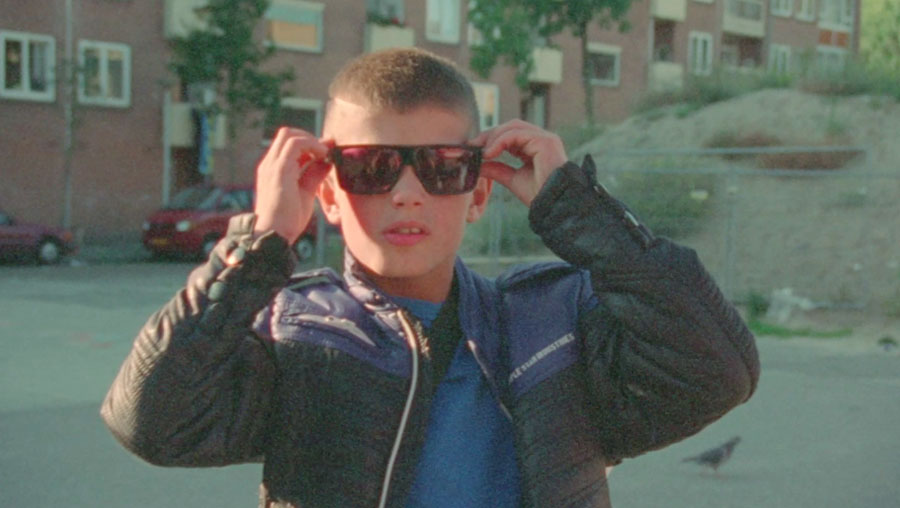 Marc Jacobs is Sam de Jong’s first short-film, shot after graduating at the Amsterdam Film Academy. He is represented by the production company 100% Halal who produced, with Vice, his first feature Prince. The film opened the Generation 14plus program at the 2015 Berlinale. The short opens on a quasi-metaphysical interrogation: should one prefer Marc Jacobs sunglasses to traditional Ray-Bans? Nine-year-old Soufyane wonders. He spends his time between his mother’s dodgy apartment and the possibility of going on holidays with his father in Morocco. Soufyane hangs out with his friends, proudly showing off a black eye and spitting poppy seed shells in the alleys on the outskirts of Amsterdam. These are the streets of innocent traffic, laser lights and sunglasses capable of standing up to the dreamy Moroccan sun.

The search for the perfect sunglasses hides a deeper quest ­— that of his absent father and masculinity in general. Soufyane does sit-ups in the bedroom where tokens of his childhood still remain, as if trying to break out of boyhood. He later states with some vulgarity his desire for sexual activities, seconds before thanking his mother for giving him a Tupperware full of pastries, as if he were a chorus boy.

The choice of the format, its frames and colors, the world created and the energy that comes out of this rather simple story demonstrate that Sam de Jong is an extremely promising director who we ought to follow. He is currently developing his second feature.