Marguerite, As in Herself a film by Dominique Auvray. 2002, France, 60 min. With Marguerite Duras and the voice of Jeanne Balibar. An intensely personal portrait of extraordinary novelist and filmmaker Marguerite Duras. 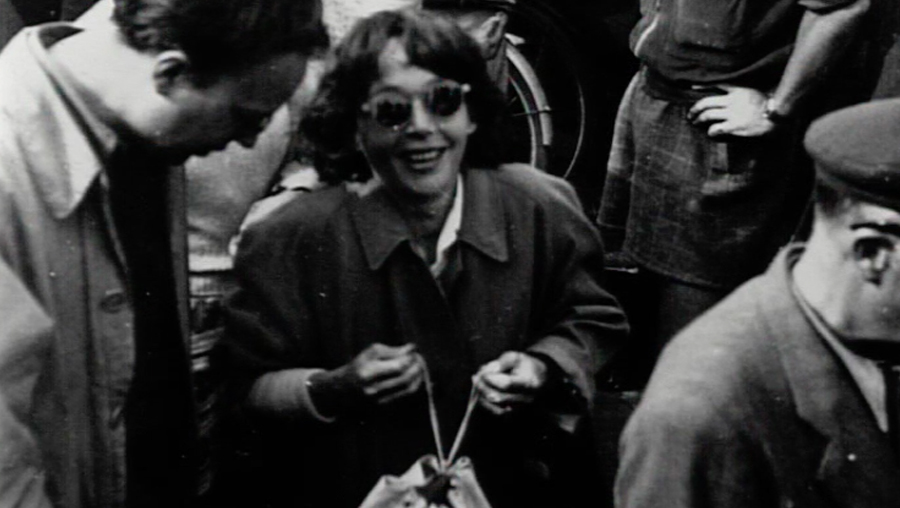 Marguerite Duras was one of the most important French women of the second half of the XXth century. She was a novelist, playwright, screenwriter, essayist and filmmaker who marked French literature with novels such as The Sea Wall (1950), The Little Horses of Tarquinia (1953) and The Lover (1983). She earned a nomination for Best Original Screenplay at the Academy Awards in 1959 for Hiroshima mon amour. The film was directed by Alain Resnais and is considered as one of the most important first films of the Nouvelle Vague. Marguerite Telle Qu’en Elle-Même (Marguerite As In Herself) is a personal portrait of the extraordinary woman behind the monumental body of work, directed by one of her editors and close friends Dominique Auvray.  This is in an intimate film that invites the viewer into the singular life, intense personality and political and moral values of the great Marguerite Duras. Auvray met Duras in 1974 when Duras was looking for someone to help her modify the edit of her film India Song. This meeting led the pair to collaborate for a period of more than ten years. The film opens on a shot panning over a bulletin board of photographs and newspaper clippings, pinned by Auvray.  The opening shot illuminates the tone and intention of the film – this is how Auvray remembers Duras from their years of friendship and collaboration.

“A portrait to approach her, as she was; cheerful and serious, true and provocative, considerate and categorical, but above all young and free.” DOMINIQUE AUVRAY

The film is composed of pictures and films from family archives and extracts from television interviews.  We first hear the voice of Auvray, followed by the voice of Jeanne Balibar – who sings, and then reads along the film excerpts from Duras’ novels – but it is the voice of Duras that dominates the film as she tells us about herself in cleverly selected moments from a number of interviews. Duras recounts her childhood in Vietnam, the importance of her mother in her life, and how she settled in Paris and became part of the club of Rue Saint-Benoît with other French intellectuals who were rethinking the world after World War II.  If Marguerite grew up in challenging situations, those formative situations were decisive in the shaping of her character and mind – the brilliant mind that would find expression though many artistic forms.  The film focuses on Duras’ incredible personality, paying attention to details as intimate as her relationship to her various homes – the details that made her into a great artist and thinker.

Dominique Auvray worked as an editor for many great directors such as Claire Denis, Benoît Jacquot, Philippe Garrel (Liberté la nuit (1984)), Barbet Shroeder, Bertrand Bonello and Wim Wenders among others.  She directed a second documentary about Duras and her relationship to cinema in 2014.