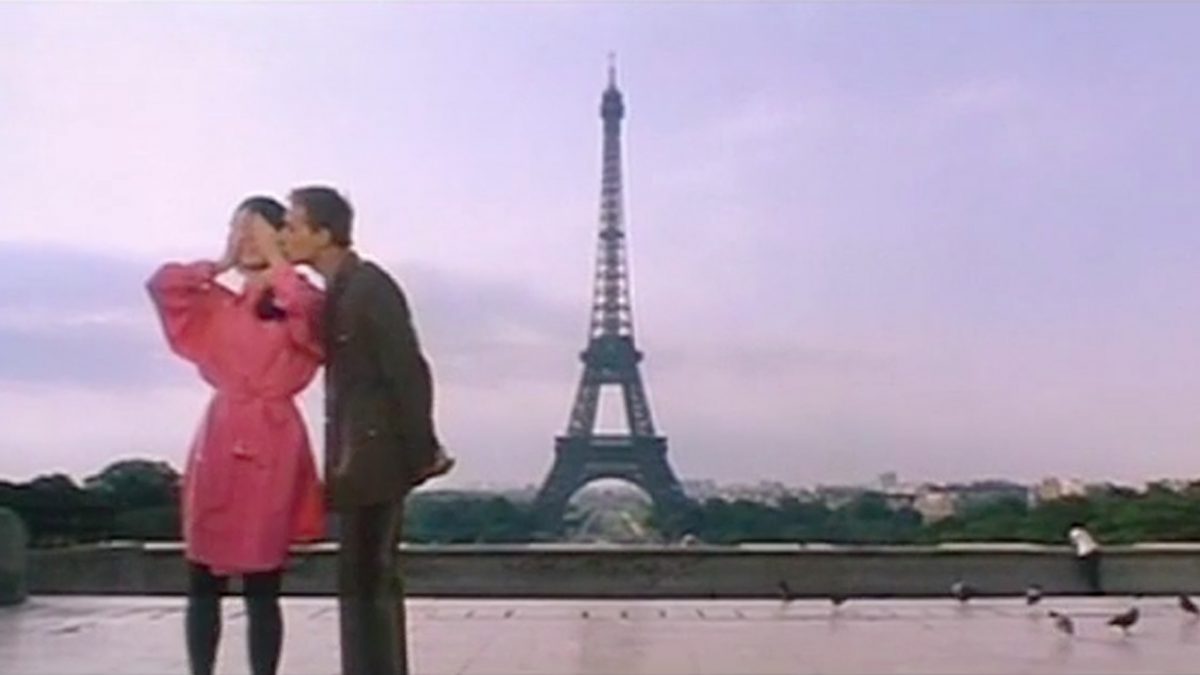 To coincide with La Cinémathèque Française’s retrospective of the work of the cinematographer Darius Khondji, Le Cinéma Club is proud to present the online premiere of Marie-Louise ou la permission. A hidden gem from 1995, Manuel Flèche’s debut feature has never been released outside of France. The film — which reveals the stunning cinematography of a young Darius Khondji (whose next films were The City of Lost Children and Se7en) — features the work of a number of important talents at the beginning of their careers: the wonderful score is by the great, acclaimed composer Alexandre Desplat (over ten years before his first Academy Award nomination for The Queen), Kate Beckinsale stars in the film in her first leading role, and a young Jean-Philippe Delhomme designed the poster.

Paris shines in this brilliant, madcap romantic comedy. When Marie-Louise goes to meet her lover Jean-Paul, who is arriving in Paris on his military leave, she goes to the wrong train station. Marie-Louise and Jean-Paul spend the next 24 hours running around the city looking for each other.

Manuel Flèche wrote the screenplay in two weeks after struggling for too long to get a darker film made, and hearing his producer say that comedies work better. If the writer-director was ready to compromise on the genre of the film, there was no question that he would make a film that was anything but cinematic, intelligent and ambitious. He wrote a love story that was also a love letter to Paris, revealing different aspects of the city — from the “postcard” view of Paris, as seen through the eyes of the young American (Flèche’s gesture to Minnelli’s An American in Paris), to the sketchier northerns areas of Paris where the train stations are located, to the young boys coming to Paris from out of town, and the typical characters from old Paris (parents, the cops, the concierge)… The film is about frustration: “a military leave is pure frustration as you know from the start it’s going to end” explains the director. It also reflects a time where the conversation around AIDS was very present, and one can notice there is no sex in the film, and the lovers end up kissing through a glass window.

The film, which looks rich and sounds lush, was — quite surprisingly — made with almost no budget. This was only possible because the filmmakers stole every shot, without authorization. Shooting guerrilla style, Manuel and his crew were resourceful and creative. They made aerial shots from construction cranes, wet the streets by plugging hoses in the city water pumps, and convinced Sony to produce the score and record it with an orchestra. Khondji remembers: “The lack of a real budget pushed us to be creative.  It was exciting. We rarely added proper movie lights. Outside in the streets at night, we were using the headlights of cars and a few fluorescent tubes we had made. There was always a great energy on the set, which all came from Manuel. Besides being a great director for actors, he also has a natural talent with the camera.”