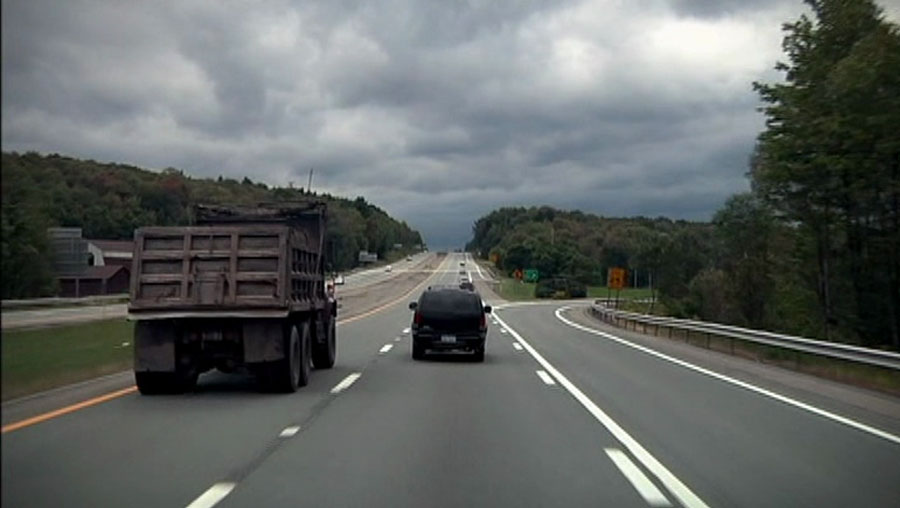 Mary Last Seen is a short film from Sean Durkin — the prequel to his great debut feature Martha Marcy May Marlene, which won Durkin the Best Director Prize at the 2011 Sundance Film Festival, and was nominated for the Golden Camera at Cannes. A young woman embarks on a road trip with her boyfriend to a place he promises will be beautiful and peaceful. But a series of events occur on their journey, and it becomes clear that their relationship is not what she thinks and their destination is not what was promised.

Sean Durkin directed this short as he was researching cults, and finishing the script for Martha. He wanted to shoot something to send out with the feature script and came up with the idea for a story about the recruiting of a teenage girl. The short was shot in Upstate New York with two days of prep and three days of shooting.

From this short, one immediately notices Sean Durkin’s directing talent and ability to subtly establish tension and suspense. In addition to Mary Last Seen and Martha Marcy May Marlene, Durkin directed Southcliffe, a miniseries for Channel 4. Sean Durkin is a co-founder of Borderline Films with Antonio Campos (Afterschool, Simon Killer) and Josh Mond (James White).