More Like Johnny Walker a film by Oliver Babinet. 2008, France, 28 min. Strange pills and time loops in the cinematic universe of an eccentric filmmaker. 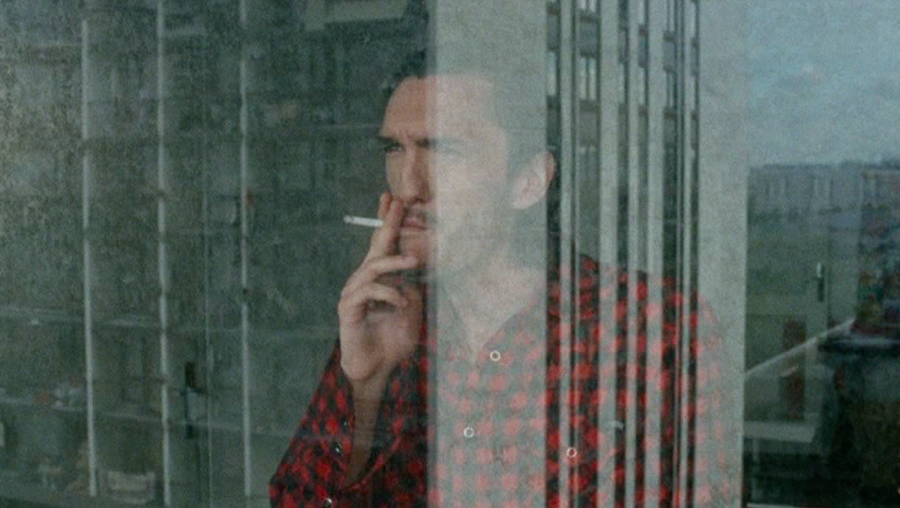 Le Cinéma Club highlights emerging directors and new voices in French cinema. Here is More Like Johnny Walker…, a short by Olivier Babinet whose last documentary film Swagger, released in November 2016 in France and presented at the ACID in Cannes, received a warm response by both critics and audiences. Swagger draws a moving pop portrait of teenagers attending college in an underprivileged suburb of Paris. The documentary mixes genres, shifting from musical to sci-fi, giving a voice to the funny and powerful words of these teenagers. Directed in 2008, More Like Johnny Walker… is a further testament to the style and cinematic universe of Olivier Babinet. More Like Johnny Walker… introduces us to Etienne, a young man whose girlfriend Solveig asks him to spend the night away from her apartment. He meets with his friend Bip, and the pair take a strange pill ordered online that throws them into a repetitive time loop. Shot on 35 mm, the film delivers strong imagery and an eccentric storyline. The short was financed thanks to funding from an association based in the Saint-Denis suburb of Paris. Through this same association, Babinet presented the short in local schools and prisons. It was then that he met a professor who invited him to teach a workshop at a high school in the same area. After working closely on different projects for two years with the school and its students, Babinet was inspired to direct a film with and for the students, and from there Swagger was born.

Olivier Babinet was born in the northern French town of Strasbourg. His first recognized work was a series called Le Bidule (1999) for Canal +. After More Like Johnny Walker…, Babinet made Robert Mitchum is Dead (2010), which he co-directed with photographer Fred Kihn, and which stars the same lead actor who appears in this short, Pablos Nicomédes. Babinet also directs music videos, including videos for French bands Zombie Zombie, Tomorrow’s World, Rita Mitsouko and Mathieu Boggaerts.