Kalogiropoulou frames the film as a “hyper-local tapestry” of Aspropyrgos, where she briefly lived for an artists’ residency. While there, she spoke with locals about tensions between the region’s ethnic groups, predominantly between Black-Sea Greeks and immigrants hailing from the Balkans, Asia, and Africa. She also learned about working conditions at a shuttered ammunition factory, and noted the frequency of life-threatening accidents. “There was graffiti from the ’90s by female workers who fought for labor rights,” she recalls. “I was interested in capturing the hardships women face when living and working in this environment, as well as the strength and sense of empowerment emerging from these adverse conditions.” 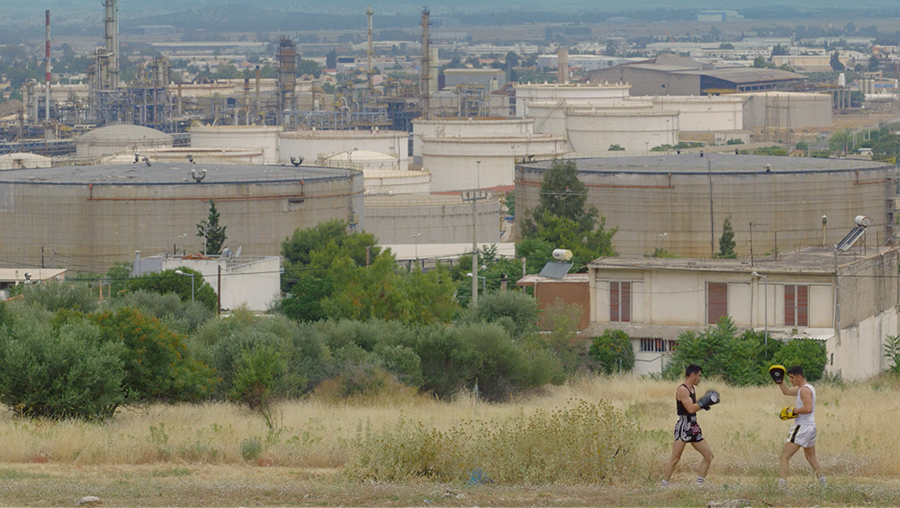 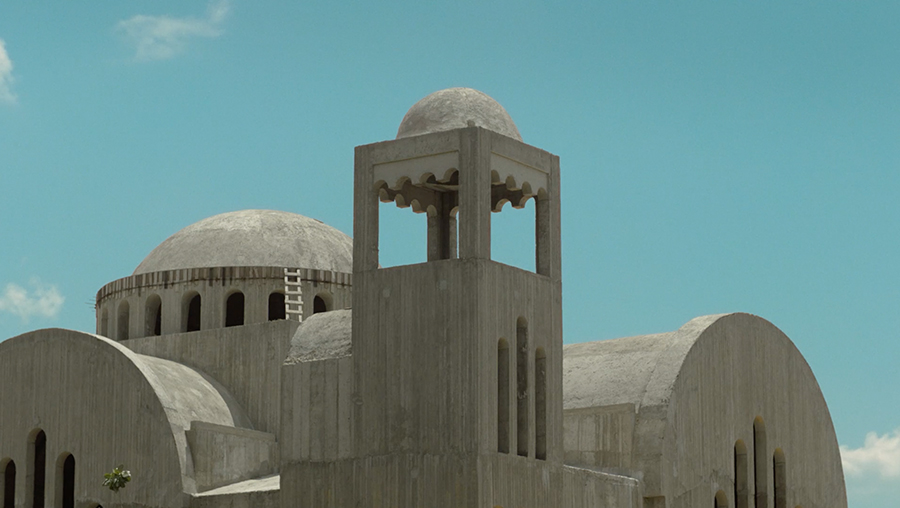 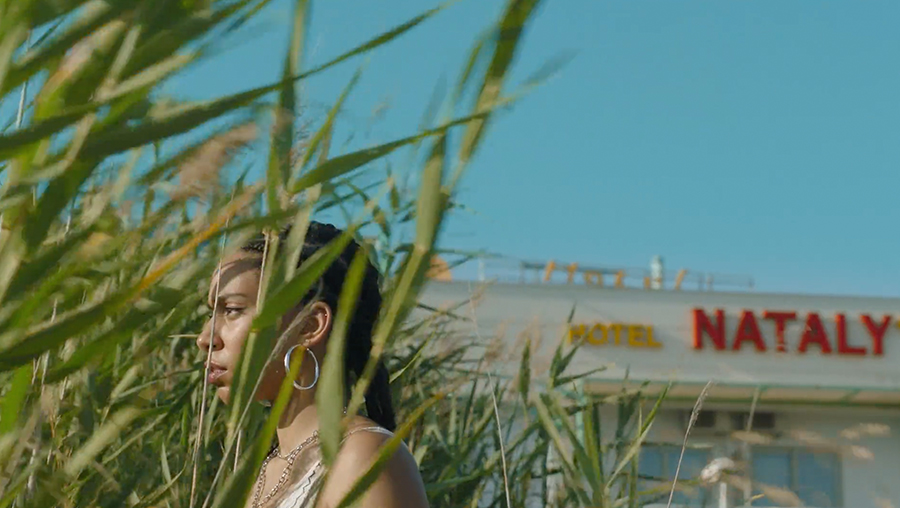 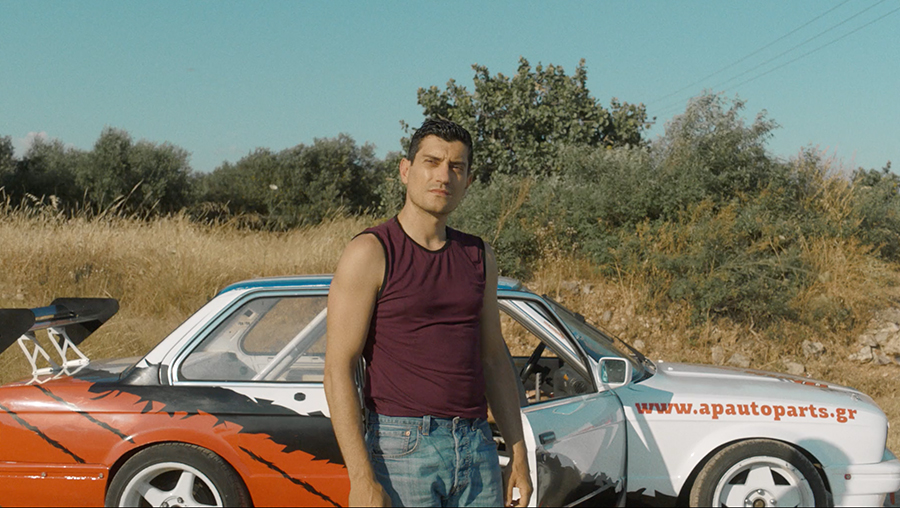 “Authenticity was crucial. Apart from the three main actors, the rest are locals and actual club athletes. For them, sports take on a different meaning: less like a mindless distraction than a way out of this dystopian landscape and a hope for a better life.” EVI KALOGIROPOULOU

As protagonist Sima dreams of a future away from these patriarchal circles, Motorway 65 filters sociological observations through atmospheric worldbuilding. For Sima’s brother, the wrestling gym offers a striking outlet for masculine, xenophobic aggression; Kalogiropoulou’s frenetic, kinetic editing conveys his frustrations. Meanwhile, the film sleekly folds the town’s hostilities into local textures. Although emotions come to light in impressionistic voiceover, scenes are often silent except for an insistent breeze, like the calm before the storm.

Kalogiropoulou is based in Athens and London, where she is a studio resident at Somerset House. Her art, available to browse on her website, explores femininity and cross-cultural identity throughout Greek history; in interdisciplinary installations, she works with marble sculptures and video art. Her films have screened at the BFI, Munich’s Lenbachhaus, and Athens’ Benaki Museum. She is currently in preproduction on her debut feature Cora, supported by IFFR Cinemart and the Cannes Cinéfondation Atelier. Also set in the Aspropyrgos region, Cora is a love story between two women that features witchcraft, a dystopian patriarchal power structure, and “an imposing oil refinery worshiped almost like a God.”