In Tebogo Malebogo’s Mthunzi, a chance encounter in a Cape Town suburb escalates into a tense and volatile scenario – rapidly drawing fault lines of race and class that underlie everyday life in South Africa and around the modern world. With involving performances, an efficient script and crisp, suspenseful direction, this short thriller is a promising first sign of a confident and socially conscious young talent. An official selection at Locarno and the New York Film Festival, it shared AFI Fest’s Special Jury Prize with Faren Humes’ Liberty (another recent Le Cinéma Club selection), and screens now in its online premiere.

Writer-director Malebogo had made two previous short films and worked in music videos and documentary before conceiving Mthunzi, starting from an unnerving interaction he had while walking in a primarily white Cape Town suburb. A woman had fainted in her doorway, and when Malebogo checked to see if she was alright, he was confronted by one of her relatives, who demanded to know what this black man was doing there. “I realized that what happened to me in those few minutes was a microcosm of the amount of tension and distrust one can sometimes find in modern South Africa. Even though it was the confluence of race-relations, crime, and illness, Mthunzi was also just the story of a guy on his way home, and it was important for me to depict the titular character as just that.” TEBOGO MALEBOGO

Recalling the whirlwind of his own experience, Malebogo and his cinematographer Pierre de Villiers designed their shots to reflect the main character’s confusion and disorientation. “Details unfold for us at the same rate that they do for the protagonist” thanks to carefully selective framing and jumps in the editing, while at the same time the frenetic action is conveyed with clarity.

Born in the United Kingdom and raised in Canada, Kenya, and South Africa, Malebogo is now based in Cape Town, where he is developing two new projects. The first is a short film dealing with internalized homophobia in South Africa, focusing on the clash between traditional values and the post-internet generation. He is also working on a feature set in Kwa-Zulu Natal (a province on South Africa’s eastern coast) which Malebogo describes as “Bicycle Thieves in rural South Africa.” 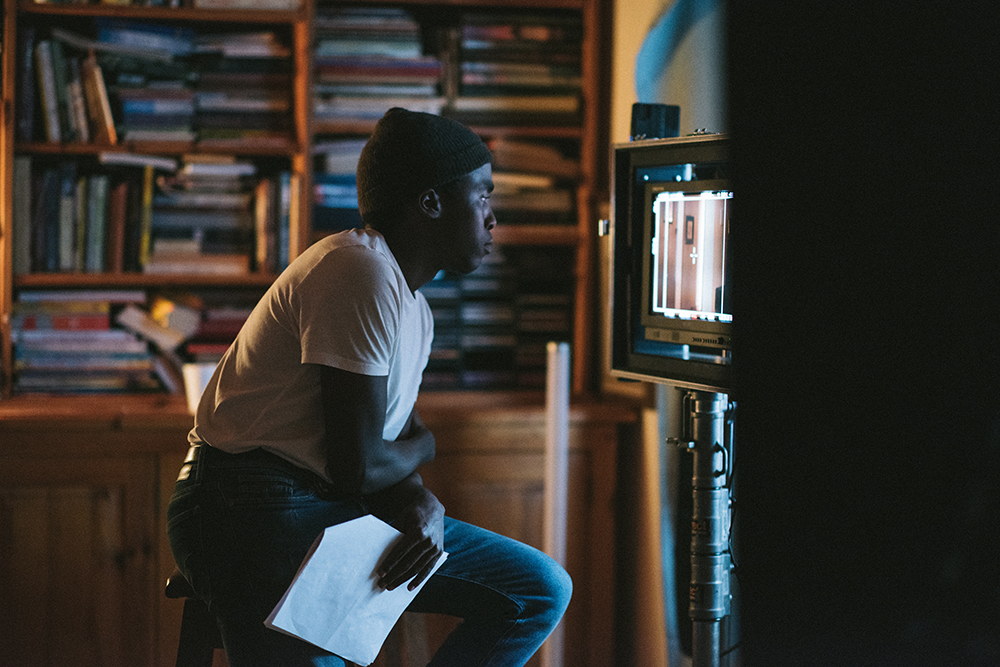 Tebogo Malebogo on the set of Mthunzi.