This month, Le Cinéma Club will spotlight four films that investigate animals as cinematic subjects. Although they’re our neighbors and household companions, animals always project an air of mystery: we might read into their behavior, but do we really know what they’re thinking? Regardless, they make a fascinating—and fun—muse for filmmakers, and this month’s selections will begin what we hope will be a recurring series.

A psychedelic haze envelops a zoo in New Acid, a playfully trippy short from Egyptian artist Basim Magdy. Shot on lush 16mm, the Locarno 2019 highlight spies on animals in their enclosures alongside bubbles of computer-generated text messages: as the creatures graze and wander, they seem to trade humorous non-sequiturs and ominous poetry.

Magdy, who trained as a painter at Helwan University in Cairo, created New Acid’s distinctive color palette through a process he calls “film pickling,” which entails submerging his films in household chemicals like “Coke, vinegar, and tear gas remedies,” as he told Vice in 2017. These bold tints and neon sunbursts combine with the film’s drone-like sound design to build an immersive parallel world, a slightly off-kilter version of our own. The trance only thickens as text messages transmit the animals’ mysterious emotional outbursts. A group of lemurs might present an over-the-top threat (“They are pragmatic, self-ordained priests of cynicism,” texts a dolphin); a peacock might have an existential breakdown (“So many locked doors…So many bitcoin options”). 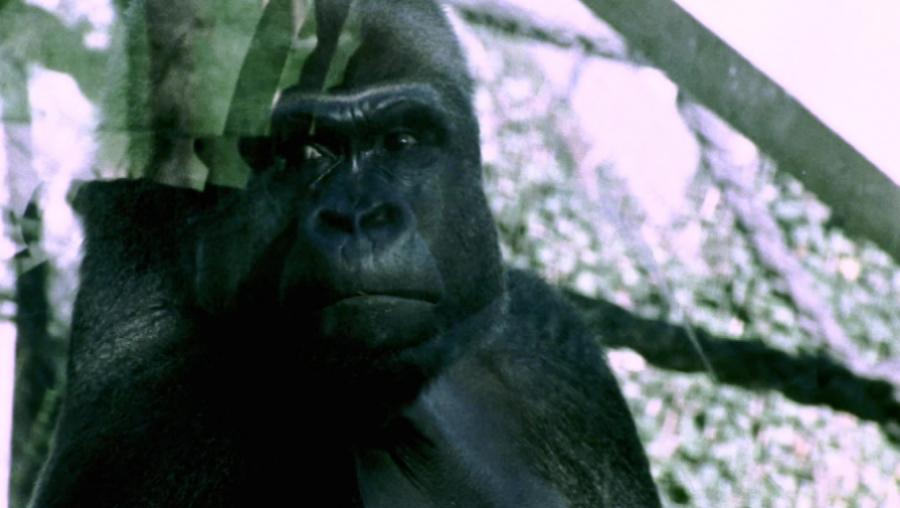 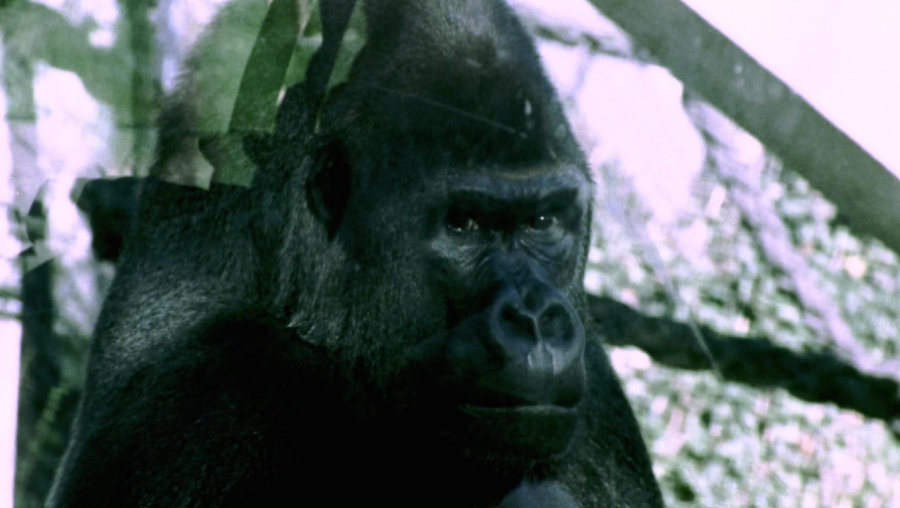 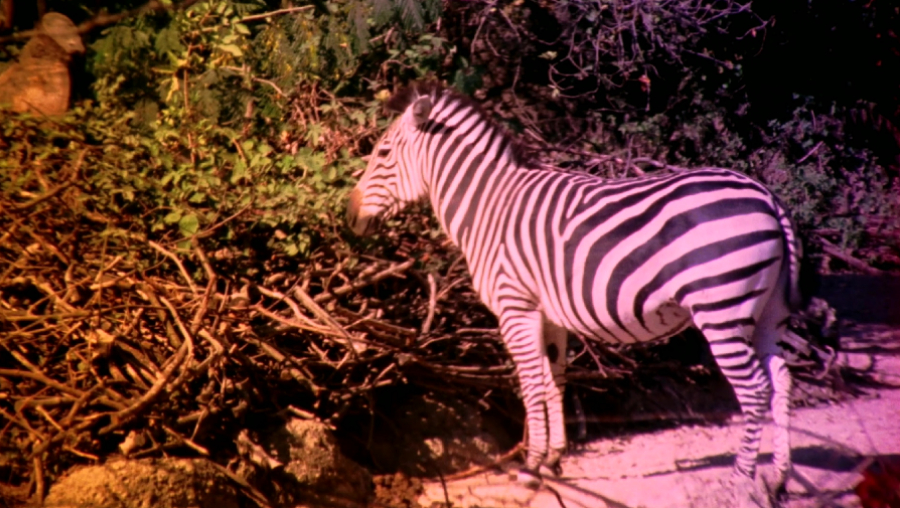 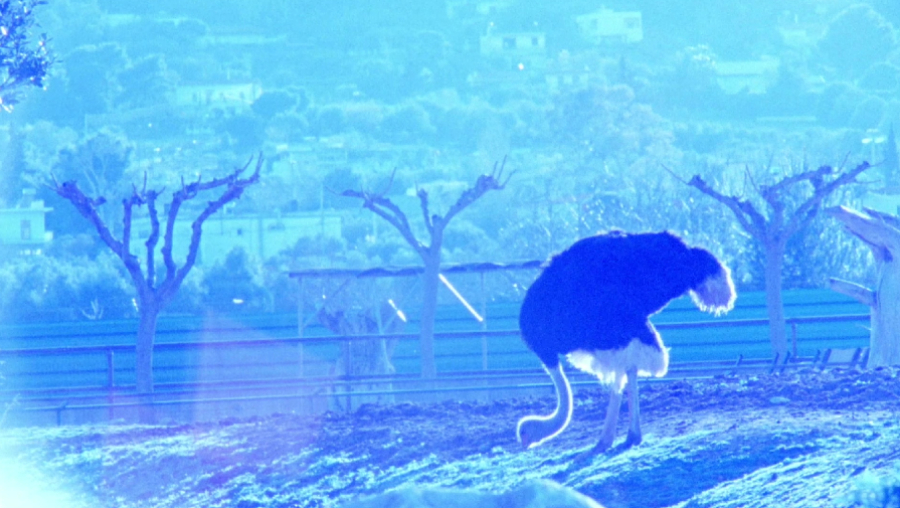 “Social media-induced insecurities and escapism become evidence that at least some of [the animals] are not bots…Is tradition an alter ego of racism? What about nostalgia and nationalism? Have they become what they always despised: human?” BASIM MAGDY

A cross between an internet wormhole and a hallucinogenic safari, New Acid has a hypnotic quality that’s balanced by a warm absurdity. The animals talk about creation and chaos, and even wonder if they’re in hell—but that intensity is diffused by images of the animals’ routines, like beavers chomping on grass, or giraffes taking a leisurely stroll. In the end, Magdy leaves it up to the viewer to decide whether these messages represent the animals’ subconsciousness or an even stranger digital netherworld.

Based in Basel, Switzerland, Magdy’s photography, paintings, and mixed-media installations have been exhibited at the MoMA, the Centre Pompidou, the Sharjah Art Foundation, and more. His film work, including The Everyday Ritual of Solitude Hatching Monkeys (2014) and No Shooting Stars (2017), has screened at festivals and venues like the New York Film Festival, IFFR Rotterdam, and the Tate Modern. Currently, he is a member of the short film jury of the 2021 Berlinale, and his work is available to browse on his website.