NOBODY OWNS THE SEA a film by ALICIA MERSY. 2020, USA, 13 min. Palestinian teenagers share how it feels to live under occupation while overlooking the West Bank.

Lebanese-French-Canadian artist Alicia Mersy has described technology as a way to “see ourselves from outside of our mind, body, emotions, and ideologies.” She puts these ideas into practice through the moving and immediate Nobody Owns the Sea, a free-flowing record of Mersy’s conversations with two teenage boys living in Palestine.

Mersy was working in Ramallah as a video activist when she met the film’s subjects, Athar and Hakeem Barghouti. “I asked if they could take me to the top of a building so I could take a close shot of this huge poster of Marwan Barghouti, a Palestinian resistant, and they said: ‘You want a photo of our uncle?’” she recalled in an interview with Mille. After this coincidental meeting, the three continued talking in the mountains overlooking the West Bank; in the final film, their chat is wide-ranging, addressed directly to Mersy’s camera with an understated trust. 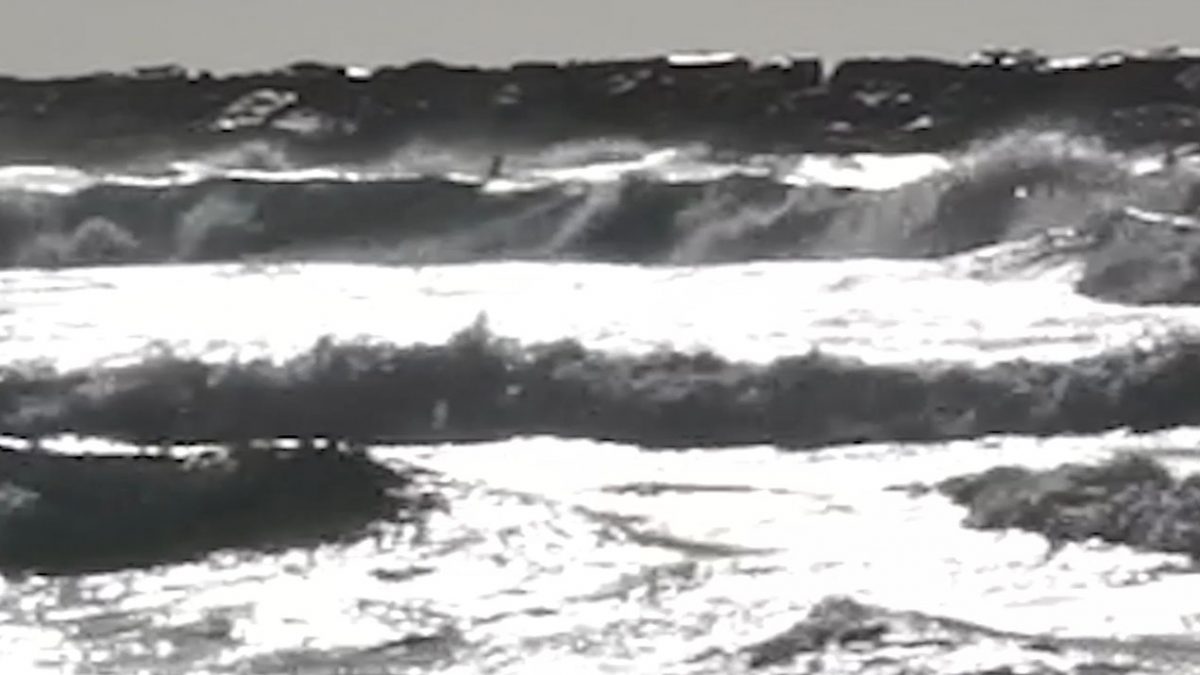 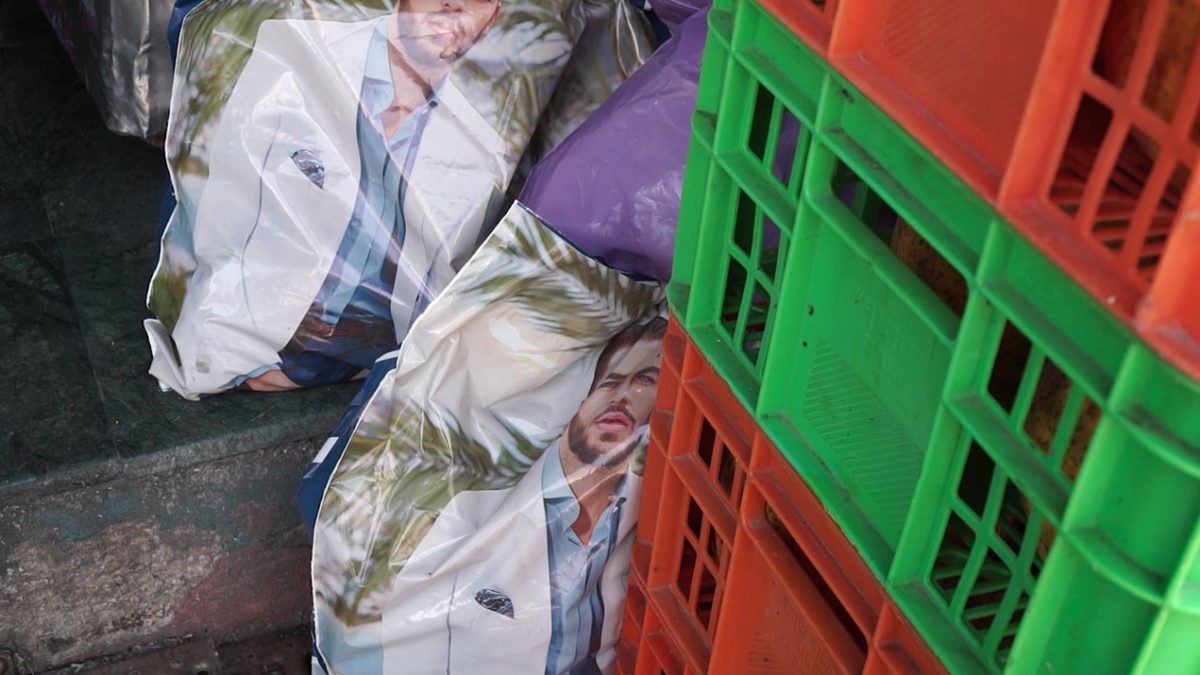 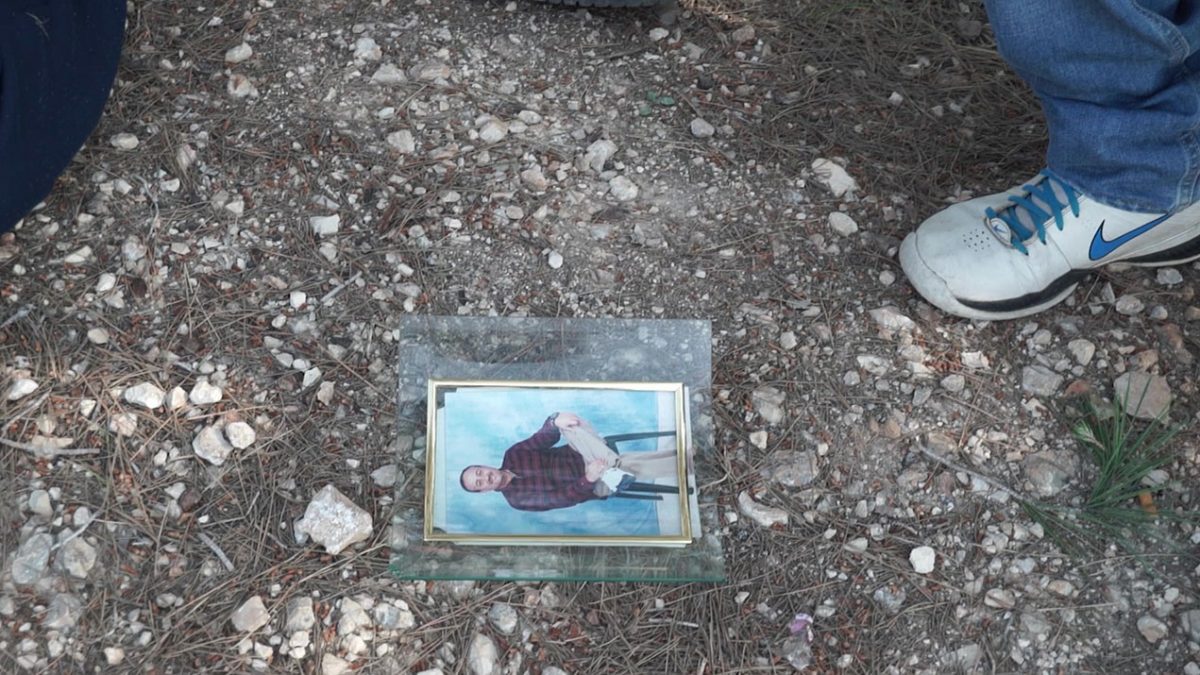 “What does it mean to record someone? You’re recording someone’s space, spirit, energy…you have to build that trust. Having privilege with my international passport, I wanted to share this footage with my step-nephews and my friends in Israel, every time I saw them. Here’s what Hakeem and Athar are saying; this is the reality. Because there’s no connection or knowledge otherwise. It’s blocked.” ALICIA MERSY

Mersy’s work frames personal dialogues as subversively human; her installation You Thrive Cause You Must printed images of African refugees in Israel on billboard-esque flags, replacing a commercial advertisement with their individual stories. This focus stands out in Nobody Owns the Sea. The boys are frank about the occupation and surveillance that’s shaped their lives, while also describing their thoughts and feelings as they come of age in the region. As Athar reflects to Mersy about his uncle, “He was more than a political figure, he was a human figure.”

Currently based in New York, Mersy’s multimedia pieces use net-art textures to explore decolonization and the aesthetics of self-representation. Her work has been exhibited at the Migros Museum in Zurich, the London Institute of Contemporary Art, and Abrons Arts Center, among others; a portfolio is available on her website. She was also an alumni resident at Pioneer Works in 2019. Right now, she’s editing a film about the experiences of nurses in New York City, while also developing a documentary about Les Filles de Illighadad, an all-female guitar ensemble from Niger.

Text written by Chloe Lizotte. Special thanks to Asli Baykal for making this screening possible.