NOSFERASTA: FIRST BITE a film by ADAM KHALIL, BAYLEY SWEITZER & OBA. 2021. USA. 33 min. The proof of concept for an anti-colonial epic, dripping with blood and reeking of pot.

In the opening minutes of Nosferasta: First Bite, a slack-jawed Christopher Columbus dons blackface while orange sargassum roils on the surf off the Caribbean coast. The film hurtles back and forth between this 1492 beachhead and pandemic-era New York City, where Oba—a Rastafarian vampire—seeks legal counsel to renew his green card and undertakes the requisite literacy lessons. His tutor’s furtive looks to the camera evince a strain of hyperreality that runs through the film, which folds documentary and unscripted footage into its supernatural narrative, modular synthesizers thrumming on the soundtrack.

Nosferasta imagines the moment of colonial encounter as an elaborate handshake between a castaway African and an Arawak native, with Columbus and his man-servant looking on from a distance. At the Museum of Natural History, a diorama depicts a similar scene as affably mercantile, both parties approaching each other with salable objects in open hands. The production might have raided the museum for props and wardrobe—Chinese parasols and Inuit snow goggles are both at the pale conquistador’s disposal. Gradually, the pace increases to a delirium of cross-talk and pot smoke. Oba, as community ambassador, presses the flesh, flashing gold teeth in place of fangs. 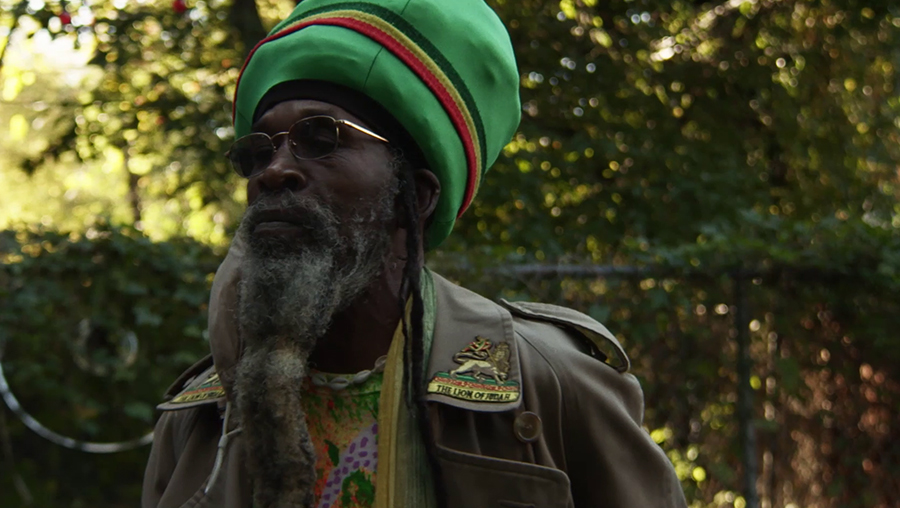 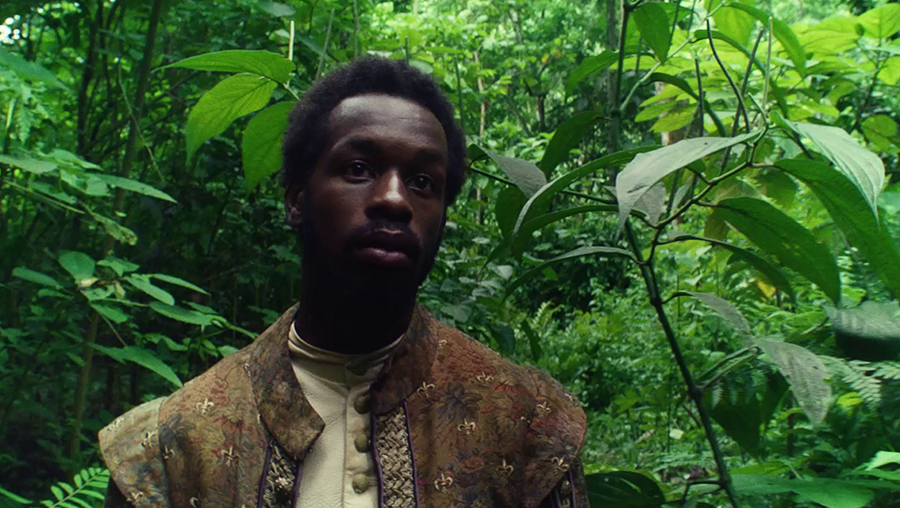 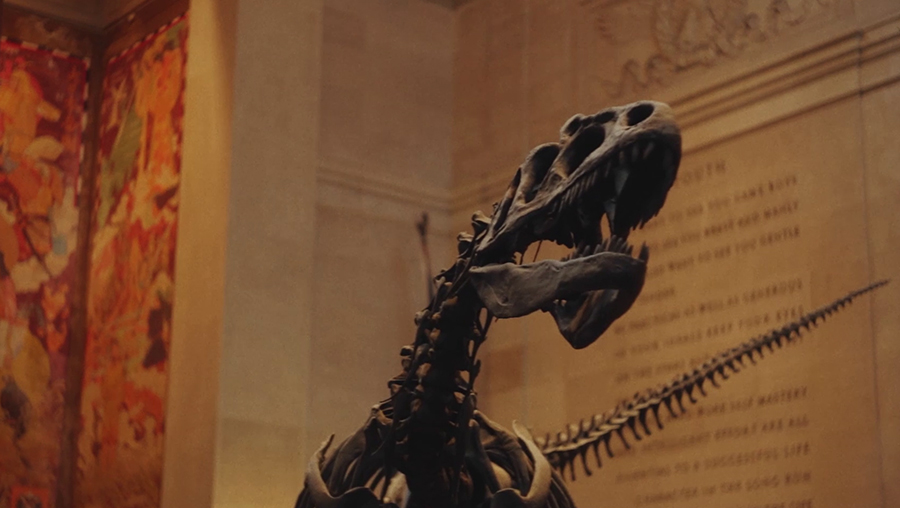 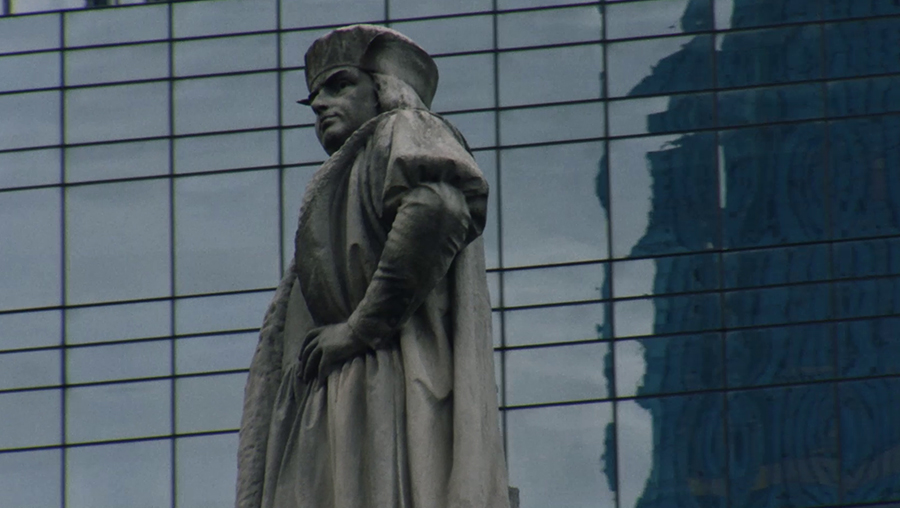 “We talk about Trojan Horse filmmaking, where it’s something that looks like a movie and feels like a movie, but inside of it there are all of these radical propositions.” ADAM KHALIL

Intended as a proof of concept for an eventual epic feature, First Bite is the overture to what Khalil has called “an accumulative film,” proceeding from inspirations popular and avant-garde, carnal and theoretical. By allegorizing the vampirism of racial conquest, it installs an undead character at the helm of history, surveilling generational political developments. Responding with both righteous anger and searing irony to the brutal and unfeeling apparatus of the state, it takes seriously the implications of its speculative intrigue. Using the built contours of Columbus Circle to dolly around the monument, Nosferasta regards with malefic eyes a pirate’s jaunty pose atop his pedestal.

Adam Khalil, Bayley Sweitzer, and Oba last collaborated on Empty Metal (2018), in which members of a punk band become political assassins. (Oba may or may not be reprising his character from that film in Nosferasta. In any case, his famous corn soup makes another appearance.) Oba is an artist, musician, and chef from Trinidad. Khalil is a filmmaker, artist, and member of the Ojibway tribe from Sault Ste. Marie, Michigan. Sweitzer is a filmmaker from Vermont. All are now based in New York. Khalil and Sweitzer are members of New Red Order, the former as core contributor and the latter as settler accomplice. Nosferasta: First Bite won the Ammodo Tiger at the 2022 edition of the International Film Festival Rotterdam.