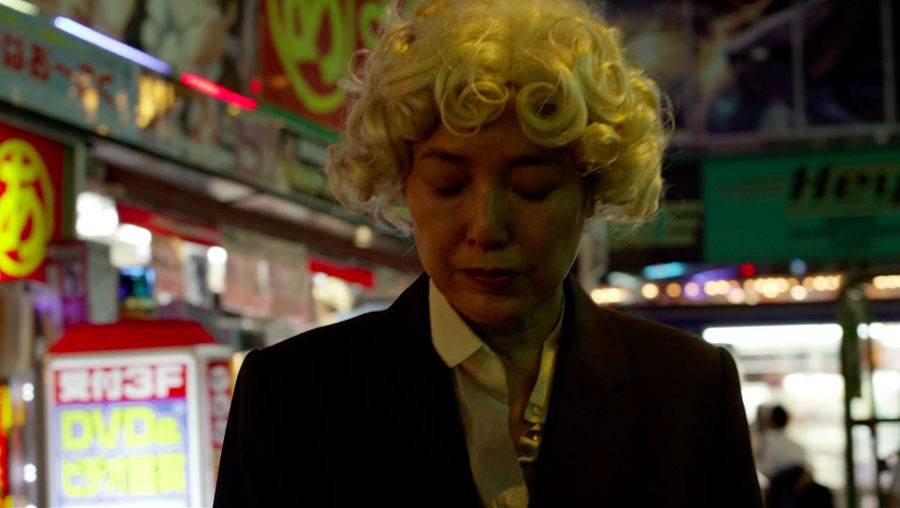 This week, we’re presenting the award-winning thesis short from Japanese filmmaker Atsuko Hirayanagi. Oh Lucy! is an engaging, bittersweet comedy following Setsuko, a 55-year-old single office lady in Tokyo whose niece convinces her to sign up for English conversation lessons. The clash of cultures awakens her being. Following the success of this short, with prizes in Cannes, Toronto and Sundance, Atsuko Hirayanagi expanded it into her first feature of the same title. Starring Shinobu Terajima and Josh Harnett, and executive produced by Will Ferrell and Adam Mckay, Oh Lucy! premiered last year in Critics Week.

Oh Lucy! was Atsuko Hirayanagi’s thesis film at NYU Tisch Asia.  Atsuko Hirayanagi had the feature in mind from the beginning, but she started by shooting this short. The original idea came from a writing exercise where students were asked to write about someone they knew:

“In retrospect, I feel I picked a person who, in part, reminded me of other women I know and also, in part, of me and the experiences I went through when I first came to the U.S. as an exchange student. I wanted to give her a voice and make her speak through Lucy, and to give her the permission to release what she has bottled up inside…” ATSUKO HIRAYANAGI

Atsuko Hirayanagi was born in Nagano and raised in Chiba, Japan. She graduated from NYU Tisch School of The Arts with an MFA in Film Production. Her second year project, Mo ikkai, won the Grand Prix at the 2012 Shorts Film Festival in Asia. The short film Oh Lucy! received a First Prize Wasserman Award and also won more than 35 awards around the globe. The feature-length version of this film, also titled Oh Lucy!, received the 2016 Sundance / NHK Award during development.