PINK FLOYD: LIVE AT POMPEII a film by ADRIAN MABEN. 1972, Belgium/Germany/France, 62 min. An ecstasy of psychedelic rock stirs the spirits of the ancient city.

Continuing our month-long Summer Music Festival, we present Pink Floyd: Live at Pompeii on the occasion of its 50th anniversary in the original, hour-long cut of the film.

In October, AD 1971, Pink Floyd played the Amphitheater of Pompeii. The band alternated as usual between honey-voiced psych-pop passages and sprawling, reverb-laden jams, mostly tracks from the recently released Meddle. Looking on were director Adrian Maben, a film crew, and a few local children who had snuck in and been allowed to stay. Nearly two thousand years prior, in October, AD 79, Mount Vesuvius had erupted and the city had been buried under ash and pumice, frozen in time.

A camera perched atop the far wall, opposite the still-active volcano, begins a slow zoom into the small figures toiling obscurely at their instruments in the otherwise empty amphitheater. Maben has referred to his film as an “anti-Woodstock,” a reaction against the huge concert films of the day, with their outsized performances and thousands-strong audiences. Live at Pompeii is relatively small and workmanlike, savoring its setting as both myth and actuality. Gliding along the dolly track, another camera regards the towering speaker cabinets, each marked “Pink Floyd. London,” finding a rhyme with the porticoes lining the Forum: the Basilica, the Macellum, the temples of Jupiter and Apollo. 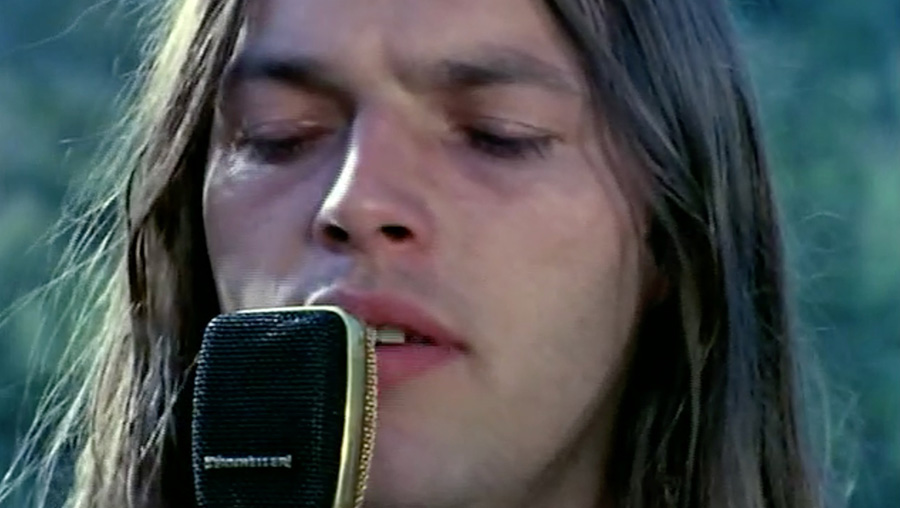 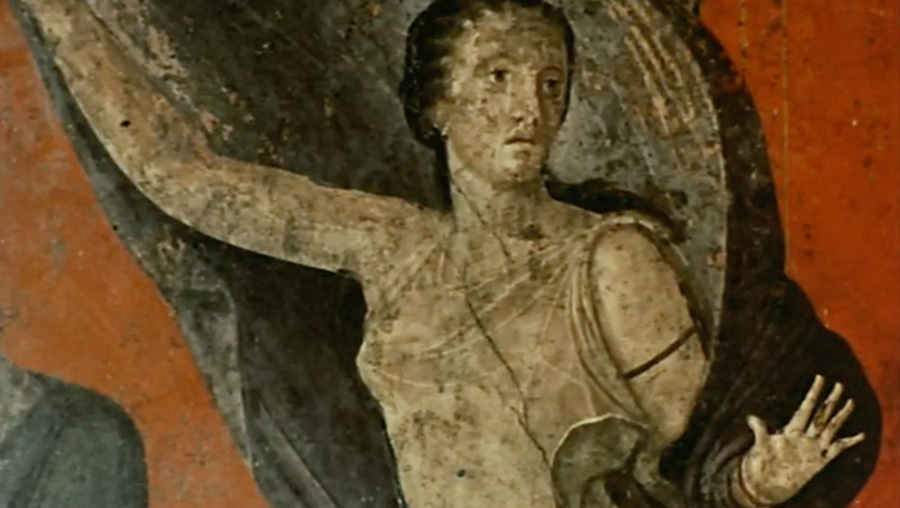 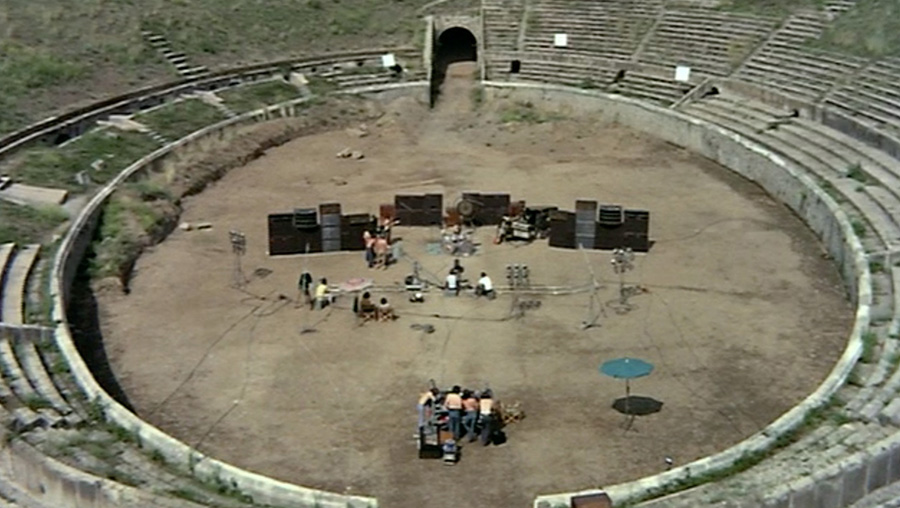 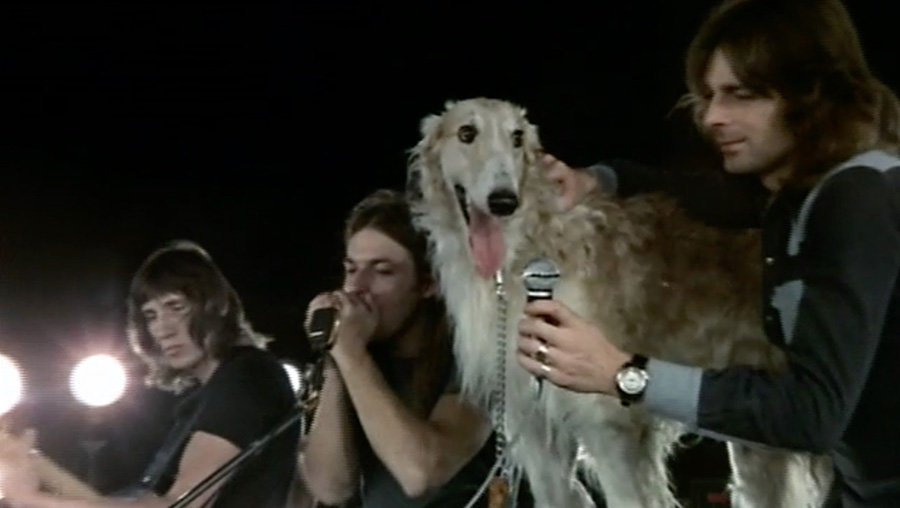 “It was strange. A huge, deserted amphitheater filled with echoing insect sounds, flying bats, and the disappearing light. . . . I knew by instinct that this was the place for the film. . . . Film the empty amphitheater, resurrect the spirit of Pompeii with sound and color, imagine that ghosts of the past could somehow return.” ADRIAN MABEN

Maben compares the wailing visages on nearby friezes to those of keyboardist Richard Wright and guitarist David Gilmour as they harmonize on “Echoes.” The band stalks among seething fissures and gurgling mud. Nights fall and days break in quick succession, heightening the otherworldliness of the entire operation. The next year, Pink Floyd would cut their immortal album, Dark Side of the Moon, and ascend to a new level of superstardom. For these hours in 1971, the ruins of the ancient city were treated to an unfamiliar sort of vibration while the boys dirtied their bare feet and blue jeans with volcanic ash.

Adrian Maben was born in the United Kingdom, attended film school in Italy, and lived in France at the time of production of Live at Pompeii, his first feature. He has since directed numerous documentaries—some about artists like René Magritte, Hieronymous Bosch, and Helmut Newton; others about the reign of Pol Pot’s Khmer Rouge in Cambodia and Mao Zedong’s Communist Party in China. Maben received career prizes at the 1993 Montreal Art Film Festival and at the 2006 Asolo Art Film Festival in Italy.

Text written by Maxwell Paparella. Special thanks to Martial and Adrian Maben for making this screening possible.