Point and Line to Plane a film by Sofia Bohdanowicz with Deragh Campbell. 2020, Canada, 19 min. Magical thinking explored in a prismatic short inspired by Kandinsky and af Klint.

Devastated after the death of a friend, a young woman (Deragh Campbell) attempts to extract meaning from this intense loss, as she discovers signs and coincidences in her daily life and her encounters with the art of Wassily Kandinsky and Hilma af Klint. This short metaphysical detective story is the latest in Canadian director Sofia Bohdanowicz and actor Deragh Campbell’s acclaimed ongoing series of films featuring shared alter ego Audrey Benac. Poetically processing and documenting a period of mourning, it reveals the potentially resurrecting properties of perception. This official selection at FIDMarseille, TIFF and the NYFF screens now in its online premiere.

Point and Line to Plane is built out of a collection of observations, captured candidly by Bohdanowicz as she travelled to different cities for work or film festivals, and reformulated into a narrative which blurs the line between fiction and intimate diary. Much of the footage, including that of Kandinsky’s and af Klint’s work at the Guggenheim and Hermitage, was shot by Bohdanowicz on her iPhone, then re-filmed on 16mm off of a computer screen so as to seamlessly integrate with the staged and Bolex sequences. 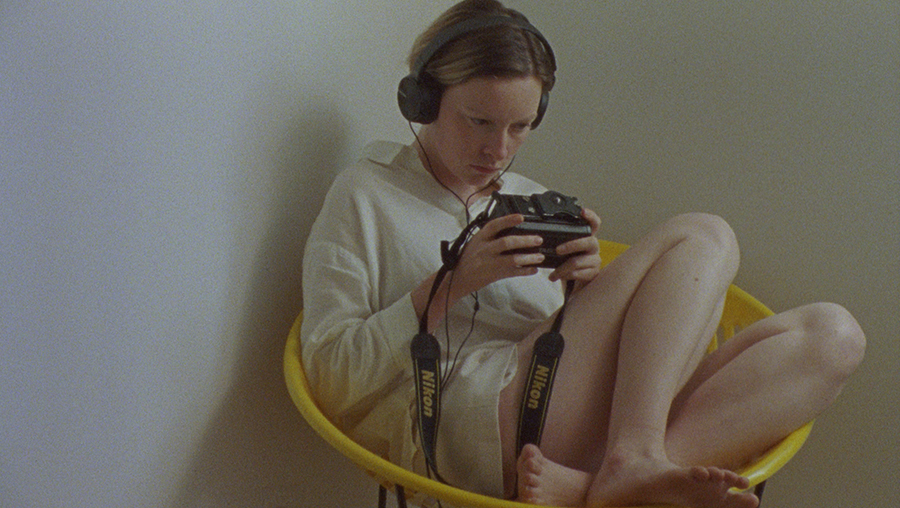 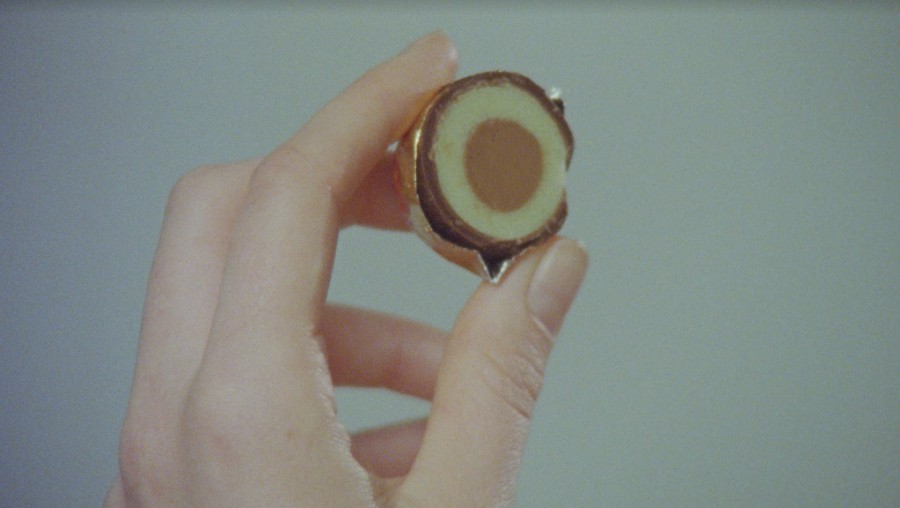 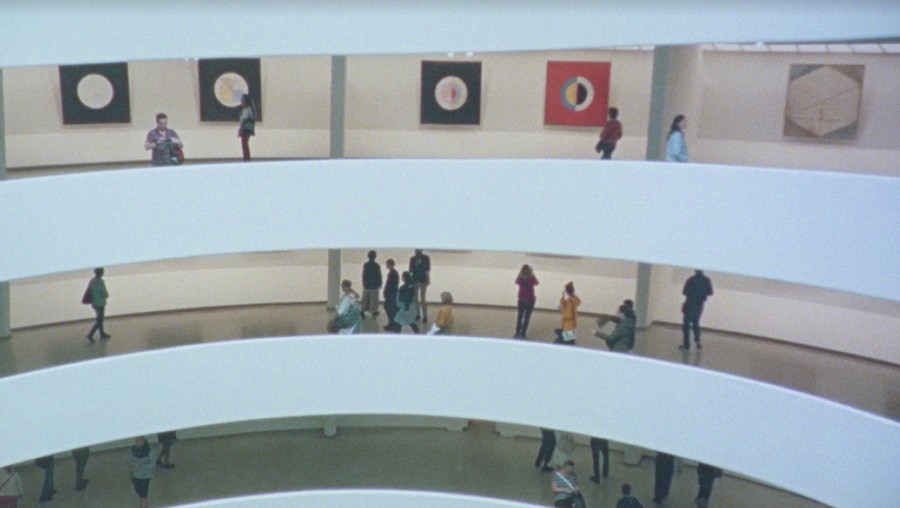 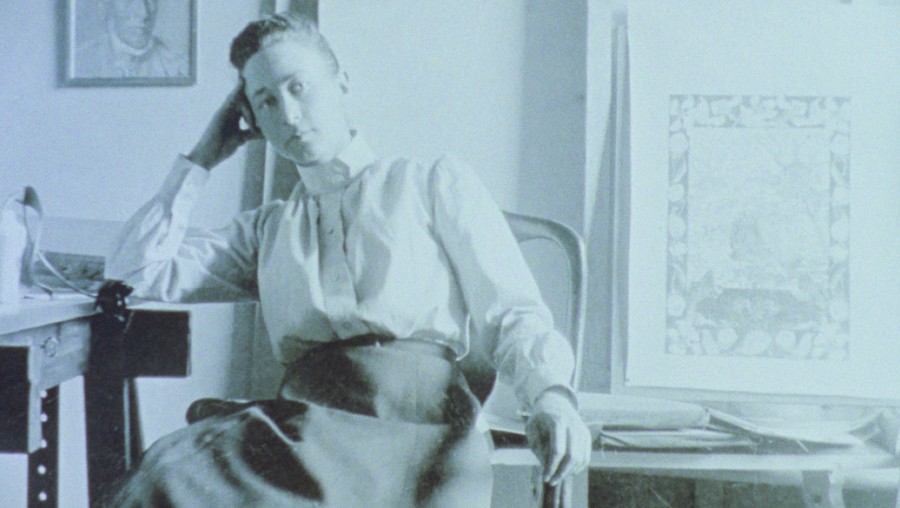 “It was through a process of discovery, research and yearning to piece together my friend’s death that I came upon Kandinsky’s book Point and Line to Plane, which helped me come to terms with his passing. Throughout the course of a year I moved through a period of magical thinking and transcribed these thoughts and experiences which eventually took the form of a film.” SOFIA BOHDANOWICZ

Suddenly unusually sensitive to coincidences, to shapes and colours that seemed to rhyme across time and space, she had the feeling that she “was being guided by another force, something that I couldn’t control. Some people might call that mania, some might call it the supernatural. I know that it wasn’t a film that came from me; it was a film that happened to me and I was only its conduit.” This fit perfectly with the universe that Bohdanowicz and Campbell had created in previous films together, where recurring protagonist Audrey Benac had again and again chased phantoms from art and family history.

*We’re sorry! This film is not available in Austria, Spain, Chile, Italy, Argentina and South Korea.