Preston Bus Station a film by Jamie Hawkesworth. 2013, UK, 8 min. Elegiac and inspired – an homage to a bus station by an exciting contemporary photographer. 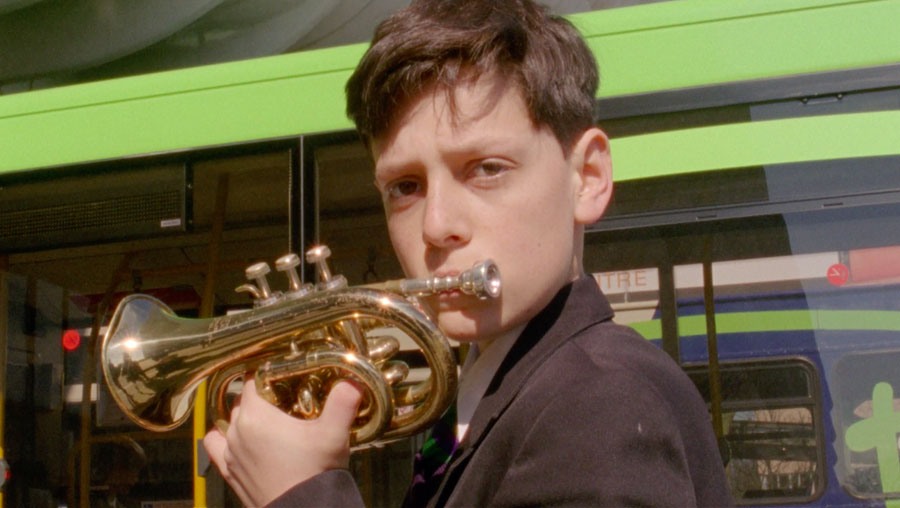 To close our series “On Photography”, we present this week Preston Bus Station by the great, young, influential British photographer Jamie Hawkesworth to coincide with the release of his first monograph Preston Bus Station – which was recently published by Dashwood Books. The eight-minute film is an homage to the bus station where Hawkesworth shot a series of portraits of people passing through. He first took photographs there when he was only a student collaborating with his tutor.  Together, they printed the portraits in a newspaper that one could flip through on a bus. This series would help lead Hawkesworth to the first jobs that started his career.

A few years later, when Hawkesworth heard that the bus station, characterized by its Brutalist architecture, was set to be demolished, he decided to return to Preston and spend a month documenting the people there. “It was never about the building, but the people inside it.” To complete the project, Hawkesworth wanted to record a living document of the place before its imminent (but later cancelled) demolition. He asked a youth brass orchestra to play a tune and walk in loops around the station. Hawkesworth places the camera in a low-angle as the young musicians pass in front of the camera, the sounds of their voices and instruments reverberating throughout the bus station. The result is melancholic and reverential.

“I’d like to think my aesthetic is a very honest one. An image works for me when I can feel the photographer’s presence and it feels authentic. Even if it’s the most contrived thing in the world, if there’s an honesty about that, it can still be fantastic.” JAMIE HAWKESWORTH

Jamie Hawkesworth, who is only 30 years old, has distinguished himself with subtle, poetic, and playful images rooted in the tradition of British documentary photography. He first started studying forensic science at the University of Central Lancashire in Preston, in the North of England. He held a camera for the first time to photograph a reconstructed crime scene and decided soon after to switch to the photography department at the same university. Today he is widely regarded by the fashion industry as one of the most talented photographers, having shot distinctive campaigns for Alexander McQueen, JW Anderson, Loewe, and Miu Miu, and distinctive editorial commissions for Vogue, The New York Times Style Magazine, and WSJ Magazine. His work has been the subject of solo shows at galleries in New York, London, Paris, and Amsterdam. Hawkesworth doesn’t isolate his commercial and editorial photography from his personal photography. He approaches both sides with an equal level of commitment, wishing for all of his photographs to form a complete body of work.