Laura Poitras’s latest film, All the Beauty and All the Bloodshed (2022)—winner of the Golden Lion at this year’s Venice Film Festival—portrays the life, art, and activism of photographer Nan Goldin. To celebrate its release, we’re pleased to present an earlier short from the Academy Award–winning documentarian, Project X, an unsettling study of surveillance architecture.

There is a tower in downtown Manhattan without any windows, built to withstand an atomic attack. A fine example of early-’70s American brutalism, its bold concrete and granite protrusions and two tiers of vents give the sense of a church organ. Within its blank walls is a major long-distance telephone exchange, operated by AT&T.

There is an office park in Fort Meade, Maryland, much like any other, except that some of its lots are fringed by barbed wire and barricades. Less than a mile away from the National Security Administration’s headquarters, it is home to the offices of intelligence and defense contractors. A car leaves this place late one night. Dash-cam and passenger-window views reveal decorative foliage blanched in LED streetlights and then a section of I-95, shared at this hour mostly with long-haul truckers.

In bone-dry voice-over, Rami Malek and Michelle Williams narrate passages from an NSA handbook, engineering report, and internal newsletter—redactions and all. The first of these documents advises on car rental protocol, cover stories, and proper attire for site visits to TITANPOINTE, an information surveillance hub, which may or may not be (but very likely is) inside the windowless AT&T building to whose entry ramp the car presently arrives. 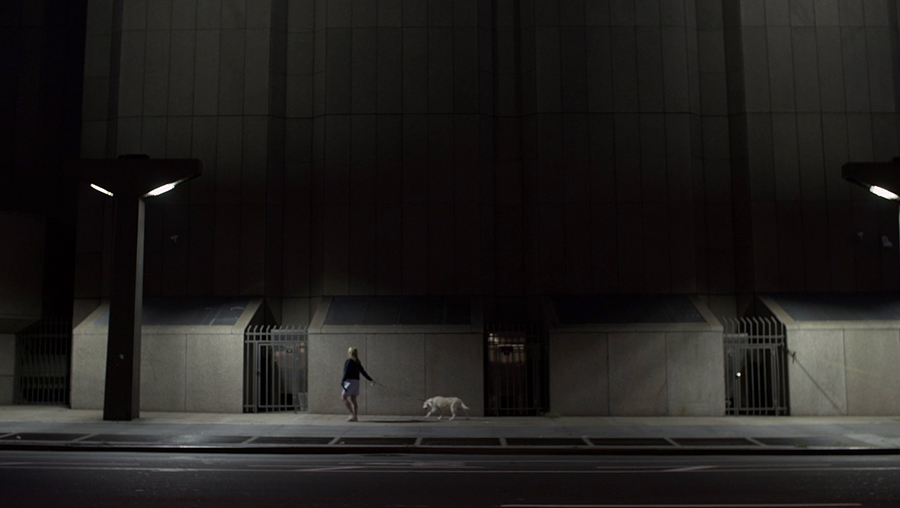 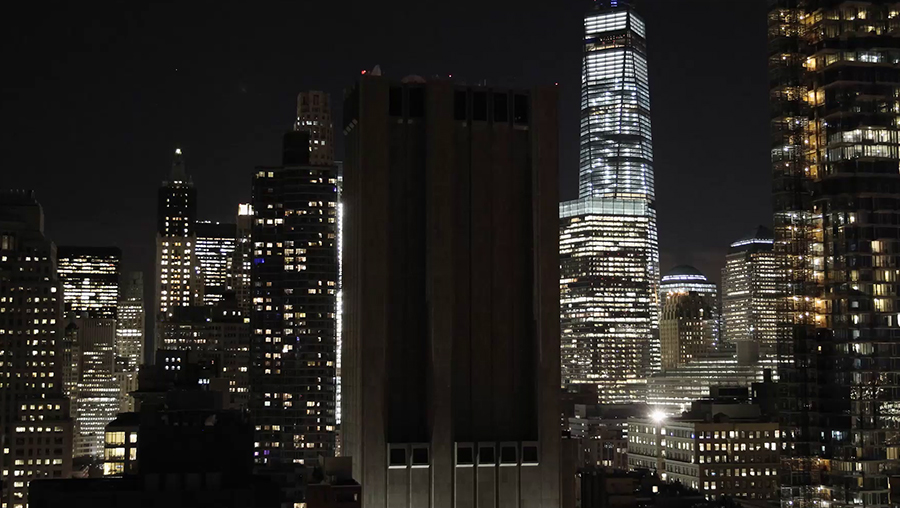 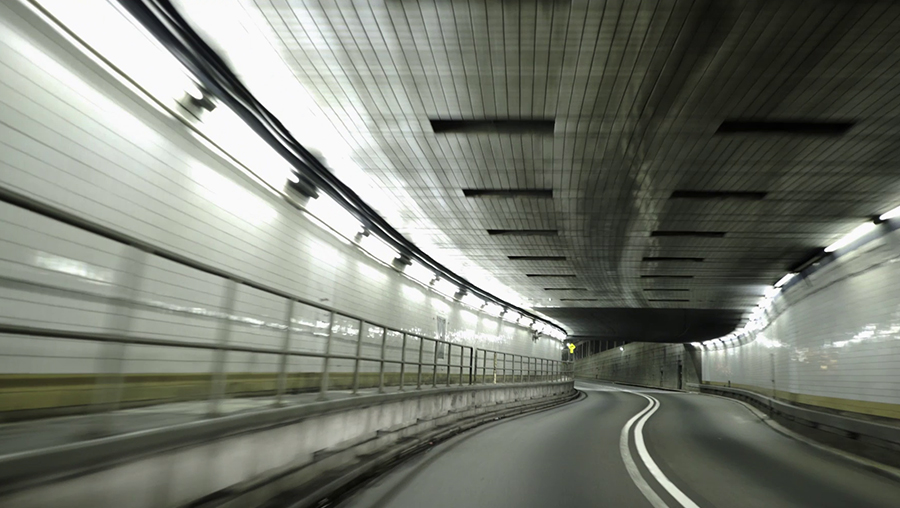 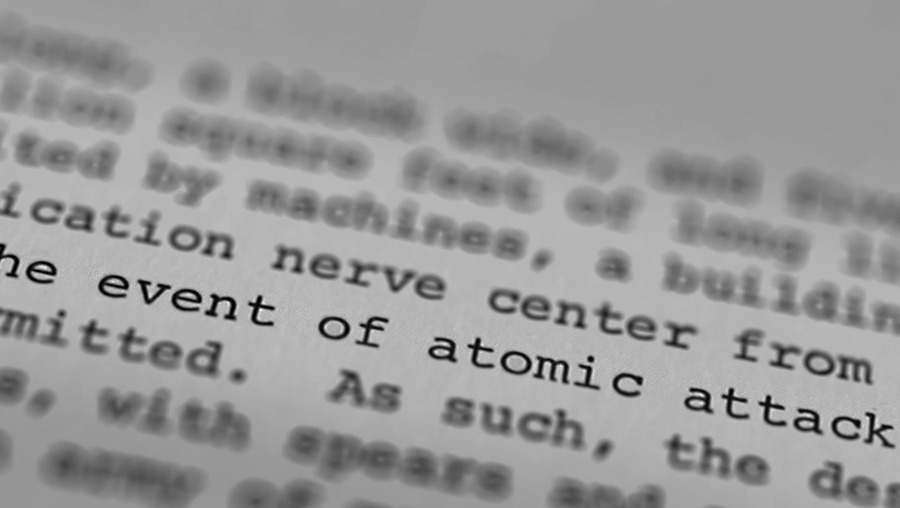 “What does it feel like to be a spy? How do they move in the world? What do they tell their families? These are questions Henrik and I want to bring to life.” LAURA POITRAS

Project X is an appropriately banal view of modern espionage, taking place not in opera houses and ballrooms but in rental cars and black sites. In the aftermath of the Edward Snowden leak, the directors make full use of the cinematic power of implication, submitting a correlation of sound and image which cannot yet be proven beyond a doubt. Bleary-eyed, low-saturation photography and a whining, churning electronic score combine to evoke a video-game cutscene, or else a government training film made to look like one.

By night, the building remains unlit, a stark shadow against the glimmering windows of the metropolis. By perplexed passersby it has been compared variously to a haunted house and the Death Star. Poitras and Moltke see something more quietly sinister: a redaction mark upon the skyline.

Henrik Moltke is an investigative journalist and documentarian. Laura Poitras is a filmmaker, journalist, and artist. Her films, like My Country, My Country (2006), The Oath (2010), and Citizenfour (2014), have revealed much about the U.S. security apparatus and its so-called “war on terror,” and she was subsequently placed on a federal watch list. She is the recipient of an Academy Award, a Peabody Award, a Guggenheim Fellowship, and many other accolades.

Text written by Maxwell Paparella. Special thanks to Field of Vision for making this screening possible.