Protect You + Me a film by Brady Corbet. 2008, USA, 10 min. A daring filmmaker explores the untraditional style he would develop in Childhood of a Leader and Vox Lux. 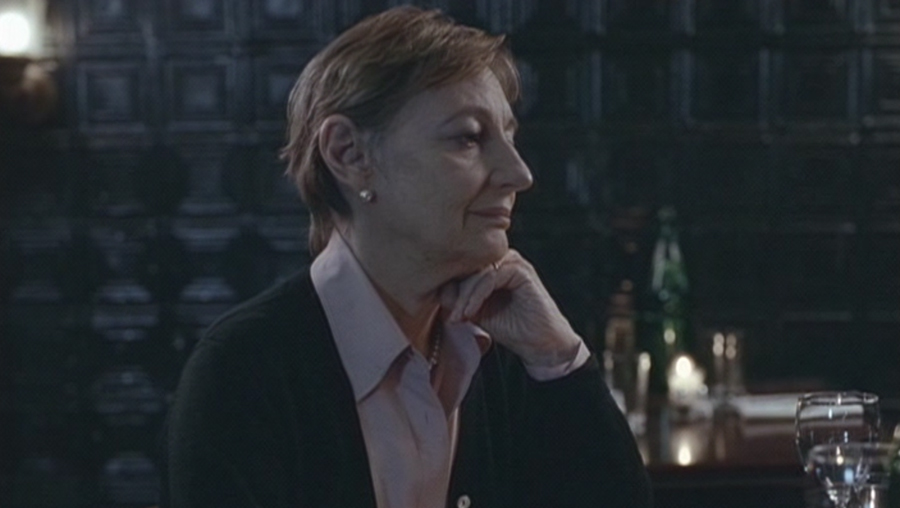 On the occasion of the U.S. theatrical release of The Childhood of A Leader – filmmaker Brady Corbet’s debut feature – Le Cinéma Club presents Corbet’s short Protect You + Me. The Childhood of A Leader chronicles the rise of megalomania and evil in a child and future dictator in the aftermath of World War I, in France, and stars Liam Cunningham, Bérénice Béjo, Robert Pattinson and Stacy Martin. The film premiered last year in Venice in competition (Horizon section) and won two awards: Best Debut Film and Best Director. Brady Corbet is a singular and very exciting voice in cinema today. Made ten years ago when Corbet was seventeen, Protect You + Me sees the young filmmaker exploring a style and language that he would pursue further in his debut feature as a director. In Protect You + Me, the reminder of a long-forgotten event, combined with a challenging situation, provokes a man to extreme action while at a dinner with his mother. Corbet investigates how one’s character is shaped by things one doesn’t recall. The filmmaker explains how his feature and his early short share not only formal characteristics, but also themes: “This notion of exploring the elusiveness of our formative memories is the main theme of Childhood.”

The subject of Protect You + Me, according to Corbet, is representational rather than presentational: “I always want something, even the style of the performance, to be elevated to a place that’s a little extra agitated, a little more like performance art.” The man’s reactions here are more operatic than realistic, and the ending seeks a transcendental moment. When asked about what excites him in cinema, Corbet tells us that from a young age he’s always loved extremes. His early music tastes varied from punk rock to opera and noise music: “I like the big gesture.” This is also what narratively interests Corbet, who sees the movies that he makes as odyssey films – he is interested in “going deep into the unknown, even if that is a frightening place to be for a filmmaker.”

“I am really tired of very traditional narratives. Also because I grew up reading screenplays so I know how manipulative they are. It’s really transparent to me that on p. 12 a problem is introduced, enemies will become friends, friends will become enemies…that kind of thing. I find that to be so pedestrian. And I feel like people still do it because it’s so safe. Especially if you’re a very competent filmmaker, which is to say if you’re technically accomplished, and you apply those skills to a straightforward narrative, chances are you’re going to have a very good movie. Not a great one, but a very good one. I just don’t really care about good movies. I would rather watch a hundred bad Pasolini movies – he made masterpieces, but he definitely made bad movies – than watch a million competently crafted wartime thrillers. I think if someone wants to be very good, they have to dare to suck a little bit. To be passionate about something – like an operatic gesture – it’s always going to walk the line of being a little bit silly. When you’re doing something very grandiose, it feels like somebody just stood up on a chair in the middle of class screaming to sort of upset the peace. And I understand how that can be intensely irritating for the others, but I think it’s an important part of our evolution, as viewers, as consumers, as artists, as everything.” BRADY CORBET

Brady Corbet is definitely exploring new horizons in cinema today, and doing so with a great knowledge of film and very precise intentions. Born in Arizona, Brady Corbet started in film as an actor when he was twelve (Thirteen (2003), Mysterious Skin (2004), Funny Games (2007)). He has co-written a number of screenplays including Simon Killer (2012) with Antonio Campos and The Sleepwalker (2014) with his wife Mona Fastvold. He surrounds himself with impressive collaborators. Protect You + Me was shot by Darius Khondji. The credits of Childhood include the musician Scott Walker, the production designer Jean-Vincent Puzos and the editor Dávid Jancsó. The 27 year-old filmmaker is already prepping his second feature Vox Lux: A 21st Century Portrait about the rise of a pop star from 1999 to the present. The film will be produced by Killer Films and shot in 65 mm. We already can’t wait to see it!