Puce Moment a film by Kenneth Anger. 1949, USA, 6 min. With Yvonne Marquis. Hollywood decadence and decline from an influential director of the avant-garde. 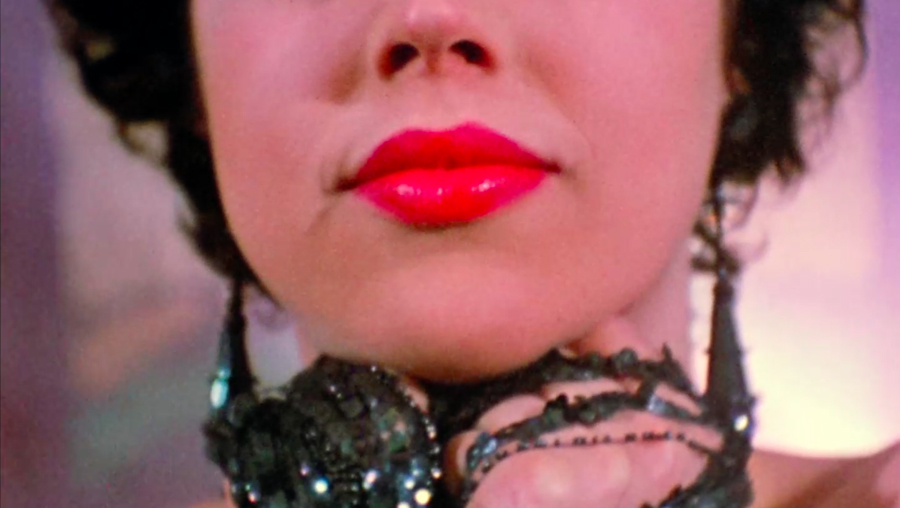 Nine of them — including the films from our double bill, Puce Moment and Rabbit’s Moon — have been collected by Anger under the name Magic Lantern Cycle. A collection of films that are considered to be his masterpieces. Le Cinéma Club presents them in collaboration with French independent distributor Potemkine Films, who released a DVD box set this month of the nine avant-garde films.

Puce Moment was made by Anger in Los Angeles in 1949. An earlier Anger work, this was the filmmaker’s first film shot in color, and the only chapter Anger made of a project called Puce Women, which he could not finish due to lack of financing. Puce Women was to be a symphony about the glamour, decadence and decline of Hollywood at the time, with each woman representing a different time of day.

“Puce Women was my love affair with Hollywood… with all the great goddesses of the silent screen. They were to be filmed in their homes; I was, in effect, filming ghosts.” KENNETH ANGER

Puce Moment survived and works as a complete film on its own. The short stars Yvonne Marquis, Anger’s cousin, as she hangs around her apartment, trying on glittery dresses, lying on a chaise longue, and walking her four Borzoi dogs. The film’s soundtrack originally featured music from an opera by Guiseppe Verdi, but in the 1960s, Anger rereleased the short with psychedelic folk rock made by the otherwise unknown Jonathan Halper.

The avant-garde quality of Kenneth Anger’s work is obvious in the film, and a precursor to the age of music videos. Shot in the late forties, referencing the twenties, and featuring music from the sixties, Puce Moment feels timeless — a real gem of experimental cinema.