Rabbit’s Moon a film by Kenneth Anger. 1950, USA, 16 min. A whimsical film on fantasy and the unattainable from a groundbreaking avant-garde director. 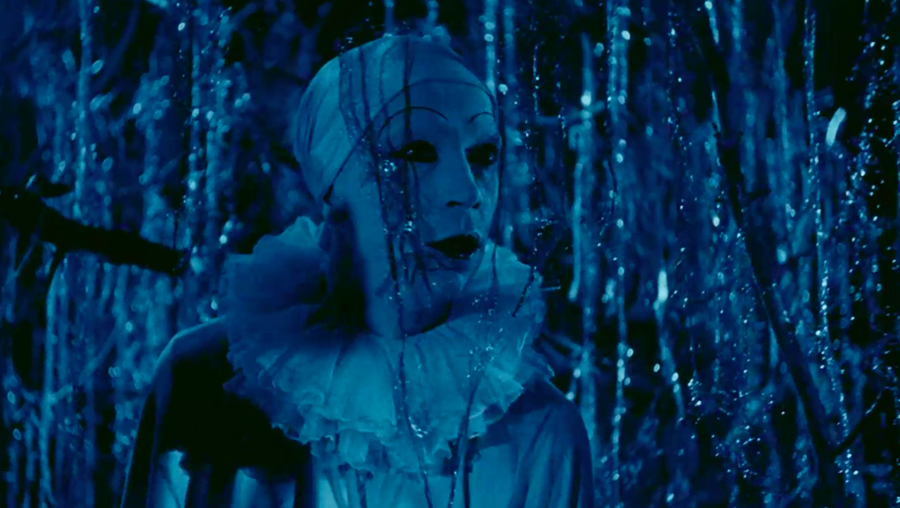 Nine of them — including the films from our double bill, Puce Moment and Rabbit’s Moon — have been collected by Anger under the name Magic Lantern Cycle. Many of these works are considered to be among his masterpieces. Le Cinéma Club presents them in collaboration with French independent distributor Potemkine Films, who released a DVD box set of the nine avant-garde films.

Rabbit’s Moon (La Lune des lapins, in French) was shot in Paris in 1950. The filmmaker had moved to Paris after receiving a letter from Jean Cocteau, who had admired his film Fireworks. Cocteau took Anger under his wing upon his arrival. The film centers around a Pierrot clown trying to catch the moon. Combining the classic characters from the Commedia dell’arte, Columbine and a mocking Harlequin, with the moon rabbit found in East Asian culture and Aztec mythologies, Rabbit’s Moon is a dreamlike, whimsical, film about the fantasy of the unattainable (the moon) and the artificiality of cinema (the apparitions that come to light through a magic lantern). The film reveals Anger’s fascination for silent cinema, recalling Georges Méliès.

“Making a movie is casting a spell.” KENNETH ANGER

Rabbit’s Moon is “a lunar dream utilizing the classic pantomime figure of Pierrot in an encounter with a prankish, enchanted lantern”, as Anger tells P. Adams Sitney (co-founder of the Anthology Film Archives). For the film, Anger created an entire night forest with hand-painted leaves and trees, but he was rushed out of the studio before he could finish shooting the film. He stored the film in the archives of the Cinémathèque Française until 1970 when he edited and released it.

The film’s soundtrack is comprised of 50s and 60s pop and features the following tracks: “There’s a Moon Out Tonight” by The Capris, “Oh, What a Night” by The Dells, “Bye Bye Baby” by Mary Wells, “I Only Have Eyes For You” by The Flamingos, and “Tears On My Pillow” by The El Dorados.