Reely and Truly a film by Tyrone Lebon. 2014, UK, 30 min. Photographers and their daily practice around the world in this striking and poetic short. 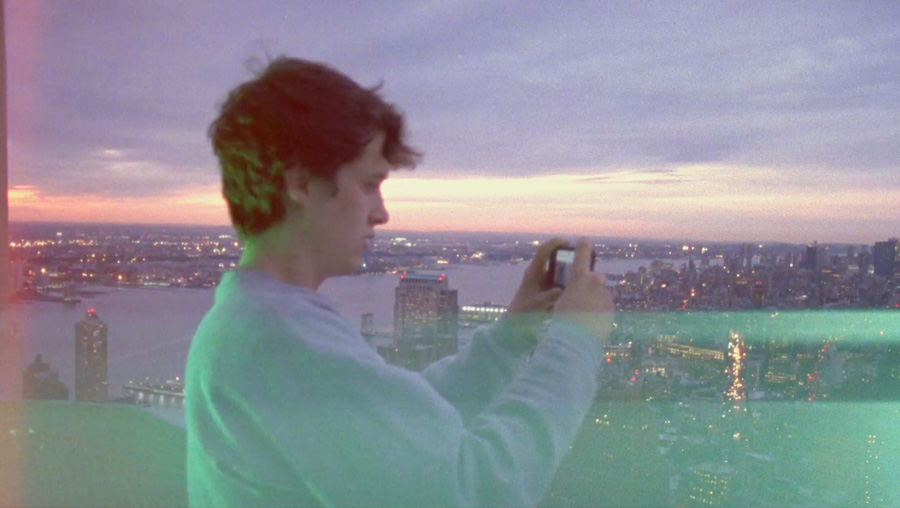 This is a film on photographers and photography, made by a photographer. Tyrone Lebon — one of today’s most exciting and in-demand voices — visits photographers of all ages that he admires, in a dozen cities around the world. While following them in their daily lives, he inquires about their approach to their shared practice. Lebon follows Juergen Teller from his German home to shooting a campaign for Louis Vuitton, meets Nobuyoshi Araki in a Tokyo dive bar, and breaks into buildings and train stations with the young New Yorker Sean Vegezzi. The film has a free structure with an unconventional narrative. It takes on the form of a visual poem, layering images, graphics and voices. Lebon wanted to make this film as a photographic piece in itself, and he experimented a lot to achieve this. The film was shot on a variety of formats (65 mm, 35 mm, Super 16 mm, 16 mm and Super 8 mm). The film includes animated stills and IMAX shots filmed with the young cinematographer Evan Prosofsky. The names of the photographers appear with beautiful graphics made by Lebon’s brother by scratching the film. He also made the great end credits. Although he had a team helping him throughout the process, Lebon traveled and filmed mostly by himself – seeking to keep the encounters as personal and intimate as possible.

“The reason lots of photographers like being behind the camera is because they don’t like being in front of it. So it’s quite a big ask to get them to open up, in that way.” TYRONE LEBON, VICE

Tyrone Lebon started taking photos and making films in his teens. At 18 years old his first film — a surf documentary — aired on MTV, and at 19 he had his photos first published. He now shoots for magazines like i-D, Double, The New York Times Style Magazine, Vogue UK and works for clients such as Adidas, Céline, Loewe, Nike, Supreme and Louis Vuitton. Lebon also shot the music videos and artwork for Mount Kimbie’s album Crooks and Lovers album. He directed the music video for “Nikes” from Frank Ocean’s long-awaited new album. Reely and Truly is part of a larger book project of the same name that will feature essays, photographs and short portrait films of over 30 photographers and that you can pre-order here.