Reinhardtstrasse spirals around the mysteries of emotional connection. It’s a captivating introduction to Swiss filmmaker Ramon Zürcher, still exploring these themes in a loose trilogy co-directed with his twin brother Silvan; the second film, The Girl and the Spider, is released today in New York.

Zürcher made Reinhardtstrasse while he was a student at the German Film and Television Academy Berlin (the DFFB). The film takes place in a compact, downtown apartment: one roommate is in the midst of moving out, and the other three prepare for her goodbye party. At first, none of this is exactly clear—the film takes place during the lunch hour—but what we do see is movement. The characters resemble dancing particles as they drift through rooms, shuffle through kitchen cabinets, and open up in monologues, but rarely connect with each other in the way they want. 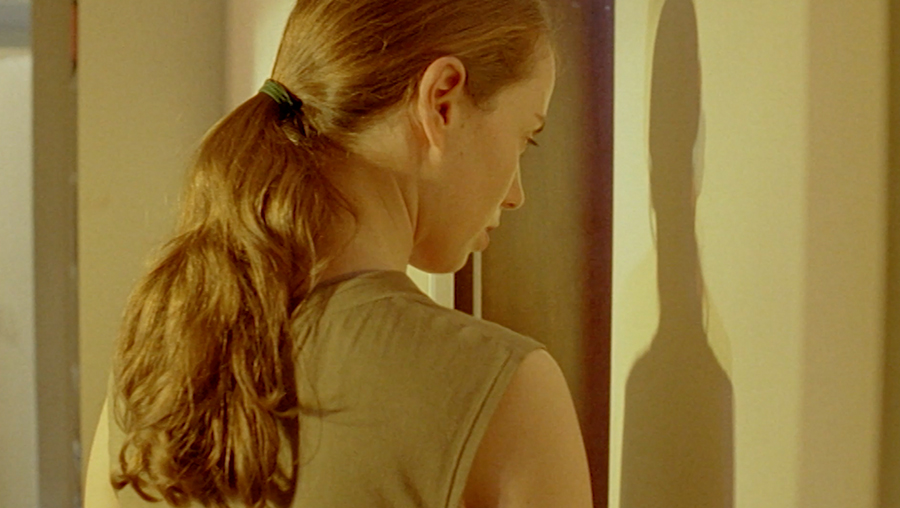 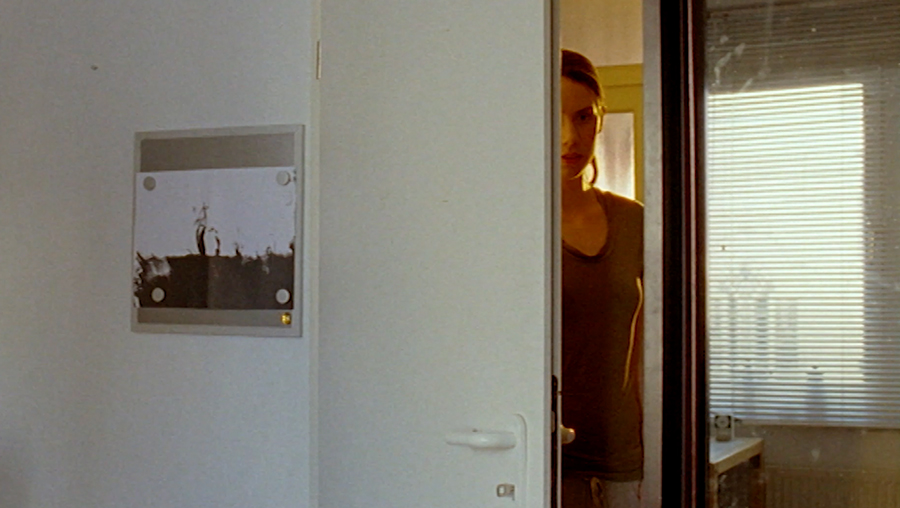 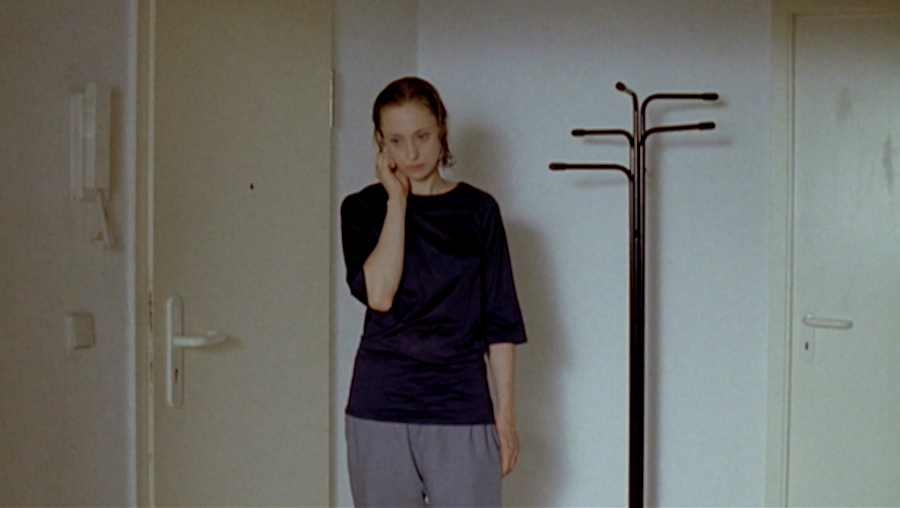 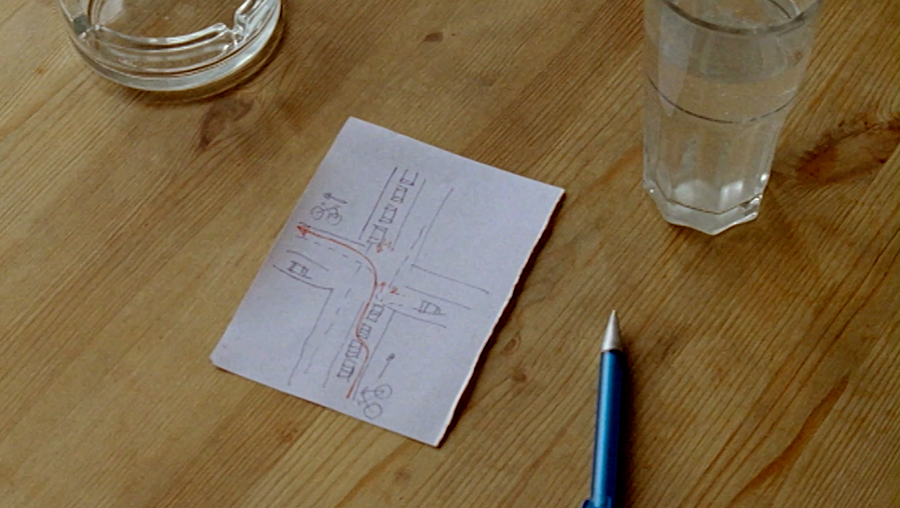 “I wanted to highlight the little banalities that interest me to make a ballet of everyday life. I think the complexity and the strangeness of the movie is because of that. There is deliberately no real story that holds it all together.” RAMON ZÜRCHER

The emotional heart of Reinhardtstrasse is in the buildups of energy surrounding major change, which unsettles the balance of the characters’ flat. In the Zürchers’ debut feature The Strange Little Cat, they similarly designed the central apartment “like an instrument,” with mechanical noises that play off the characters’ headspaces. “I wanted to create a fragile world, which is saturated by an unsentimental sensibility and a rhythmic musicality,” Ramon said of Reinhardtstrasse. “A world which consists of a gentle sequence of events and actions. A world which quietly sings of a mysterious yet everyday beauty.”

The Zürchers were born in Aarberg, Switzerland, Ramon studied art at the Bern University of the Arts, while Silvan pursued philosophy, film, and German literature at the Universities of Bern and Zurich. Both graduated from the DFFB in 2014, Ramon in directing and Silvan in film production. The Strange Little Cat premiered at the 2013 Berlinale Forum to international acclaim, and The Girl and the Spider won the FIPRESCI Prize and Best Director Award at the 2021 Berlinale. They are currently shooting the final film in their trilogy, The Sparrow in the Chimney, which stages “the liberation of a mother and her family from a dysfunctional and cold starting point. We want to sketch a utopia in a fairytale way. To show that there are ways to escape a toxic web.” 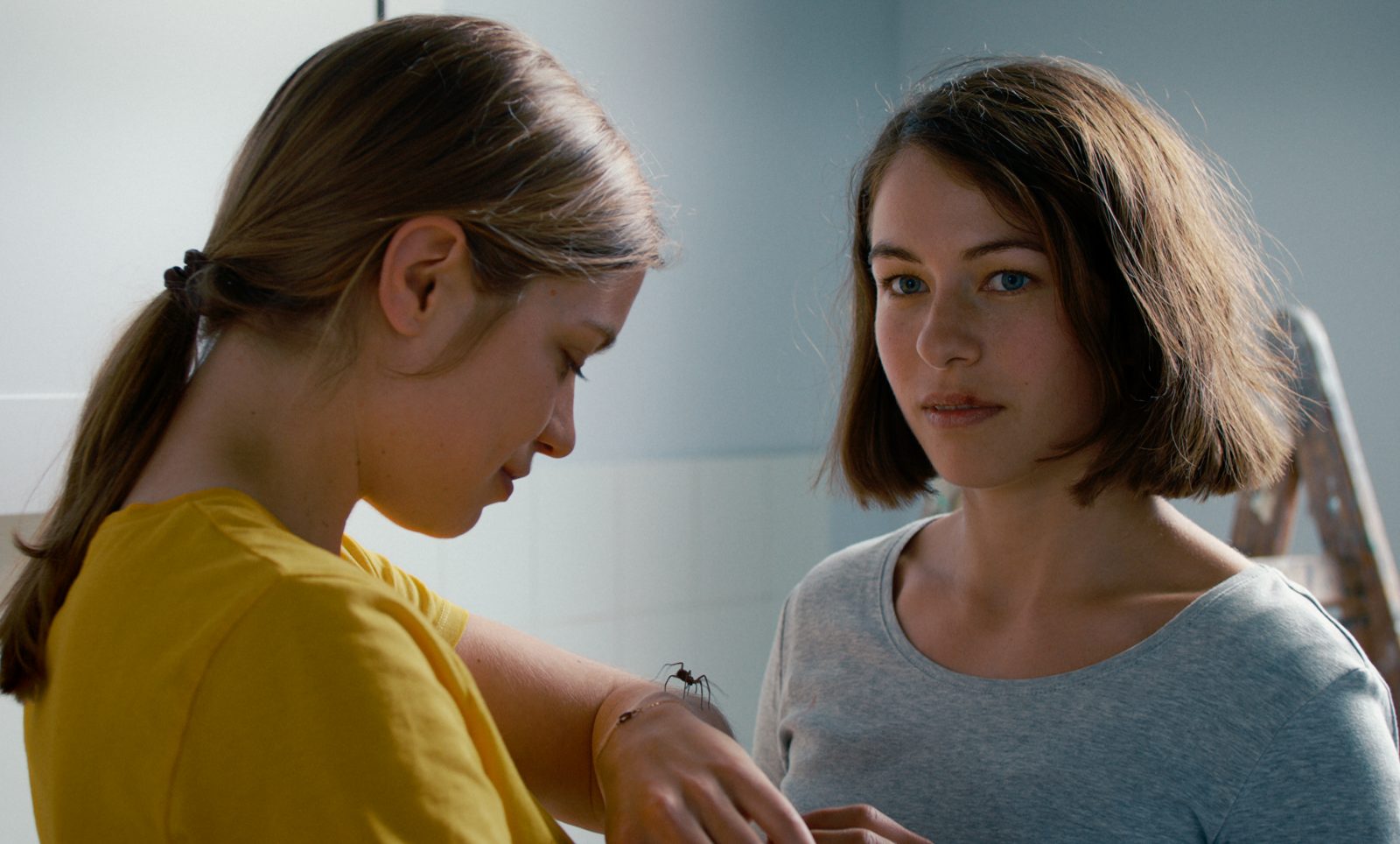 Trailer for The Girl and the Spider.