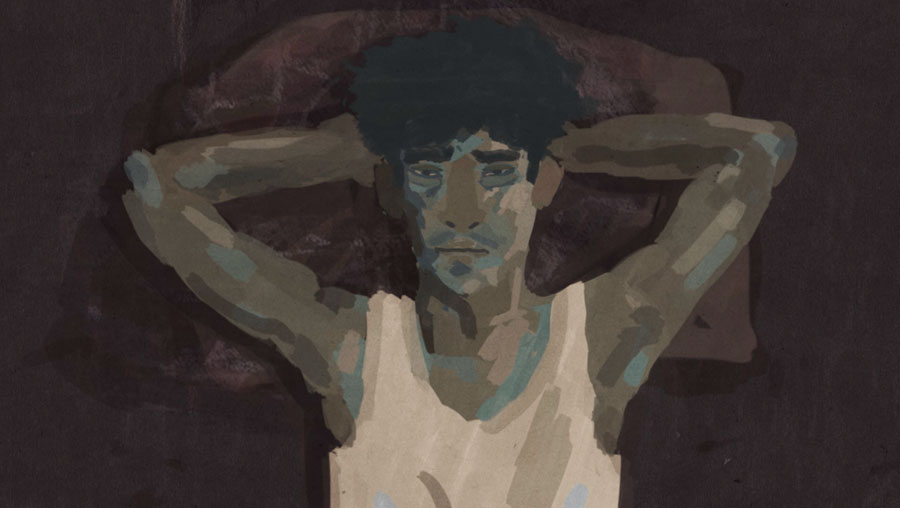 It’s the beginning of the summer: time to go on vacations, which shouldn’t be so difficult. Except Julius, Roadtrip’s main character, is absolutely incapable of doing so. He is bored out of his mind in Berlin, depressed even, since he cannot sleep at all. He starts thinking about going on a road trip on his red motorcycle. But he never leaves. Nothing goes according to plan and the terrible insomnia continues. Xaver Xylophon, the young German artist who made Roadtrip as his final project to get his diploma at The Berlin Weissensee School of Art, felt like he didn’t have a real life experience from which to draw inspiration for the project — or at least an experience good enough to make for the plot of a movie — so he came up with what he thought was the most boring idea ever: to go on a road trip and come back with tons of stories. To travel in style, Xylophon – a filmmaker, animator, and illustrator – bought an East German motorbike, built in 1968. The problem for Xylophon was that he could never get the motorbike to run. He spent an entire summer in Berlin trying to get it fixed, trying and failing to finally leave for an adventure… Thus this wonderful, beautiful film was born. Delicately and elegantly drawn by Xylophon, the film was animated entirely by hand with crayons on cardboard (everything that is static, so mostly the backgrounds) and a Wacom tablet with Photoshop (everything that moves). The pure animation took Xylophon about eight months, while the total production lasted two years.

“Almost all of the places in the film are inspired by real places in Berlin, but because it’s animation and also because it’s more about my feeling for a place than an accurate depiction of architecture and such, I took the liberty to portray the city ‘seen through my eyes,’ and left things out or combined locations or added details to make the atmosphere thicker and like I experienced it, and not how it actually looks.” XAVER XYLOPHON

Nominated for the German Short Film Award, Roadtrip was selected for numerous international festivals such as Clermont-Ferrand, SXSW and Annecy, where it won the Junior Jury Award. Xylophon has done freelance work for The New York Times and NPR among many others. In between commercial projects, Xylophon develops his own films. He is currently planning a live action feature.