Rule of Three a film by Louis Garrel. 2011, France, 18 min. With Golshifteh Faharani, Louis Garrel and Vincent Macaigne. Love triangles and an afternoon in Paris from the beloved French actor. 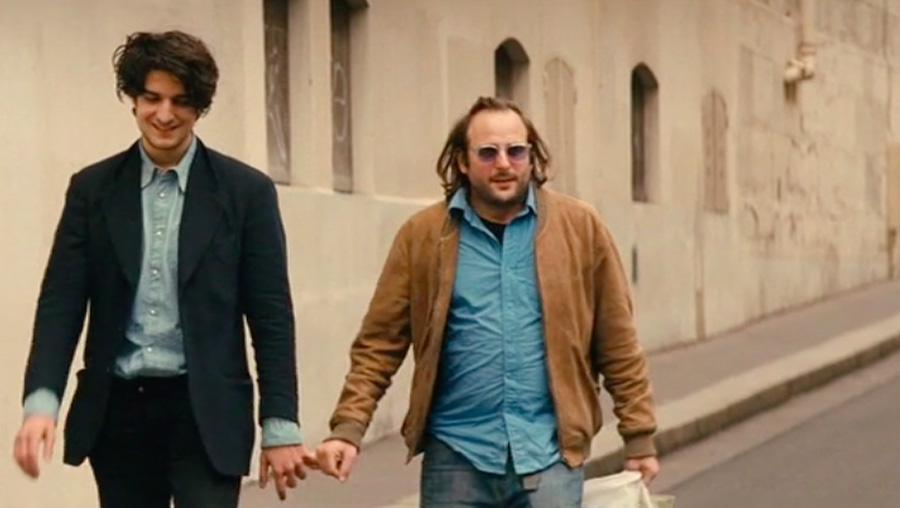 On the occasion of the U.S. premiere of Louis Garrel’s first feature Two Friends – as part of the twenty-first annual Rendez-vous with French Cinema festival at the Film Society of Lincoln Center in New York, which Stephen Holden of The New York Times calls “by the far the best in the many years I have been writing about it” – Le Cinéma Club presents Rule of Three, an 18-minute film directed by and starring Louis Garrel which inspired the feature and stars the same cast. Louis Garrel is one of France’s most beloved film and theater actors. He began acting at a very young age, born with deep roots in cinema – his father is the great French director Philippe Garrel, who was associated with the Nouvelle Vague movement; his grandfather was the famous French actor Maurice Garrel; and his godfather is Truffaut’s muse Jean-Pierre Léaud.

For Rule of Three, Garrel’s third and most accomplished short film, the director cast two wonderful actors to surround him: the brilliant Golshifteh Farahani and Vincent Macaigne, whose presence has become a kind of landmark of great contemporary French independent cinema.

In the film, Louis wants to look after his friend Vincent who has just returned from a short trip to a psychiatric hospital as Louis’ girlfriend Marie struggles with his lack of attention to her. Over the course of an afternoon in Paris, ideas of love and friendship clash as the characters come to terms with each other.

Love triangles are a recurring theme in Garrel’s work: see Bertolucci’s The Dreamers (2003), Christophe Honoré’s Love Songs (2007) and Jacques Doillon’s The Three-Way Wedding (2010). For Two Friends, Garrel and Christophe Honoré loosely based the script on Alfred de Musset’s Moods of Marianne – the famous 1833 play that also inspired Jean Renoir’s 1939 film The Rules of the Game.