Virgil Vernier is one of the singular new voices in French cinema – a keen observer of globalized Europe whose work blends fiction, documentary and myth. He films contemporary characters in an understated style sensitive to the landscapes and history that have shaped them, and leaving open the possibility for these subjects to surprise or captivate us. His most recent, Locarno-selected film Sapphire Crystal chronicles the detachment and ennui of Switzerland’s young and super-rich, the “jeunesse dorée”. It takes place over the course of a night, segmented into three moments and locations: an exclusive club, a luxurious home and the advertising-lit streets of Geneva.

Virgil Vernier sent us the following text to introduce his film:

“I did the casting based on party pictures posted on the Instagram account of a nightclub, the fanciest one in Geneva. I wanted to meet wealthy youths, well integrated in the liberal system, who proudly accept their privilege. The film begins with a debate about the “crystal shower”, a habit of ordering numerous champagne bottles for your private table and then dousing yourself with them. I wanted this strange ritual to be the starting point for a difference of opinion between them. I was obsessed with the contrast, within the privileged community, between a classic Swiss tendency, which is Protestant and modest, and a more contemporary and ostentatious one, where you flaunt your wealth. (…) 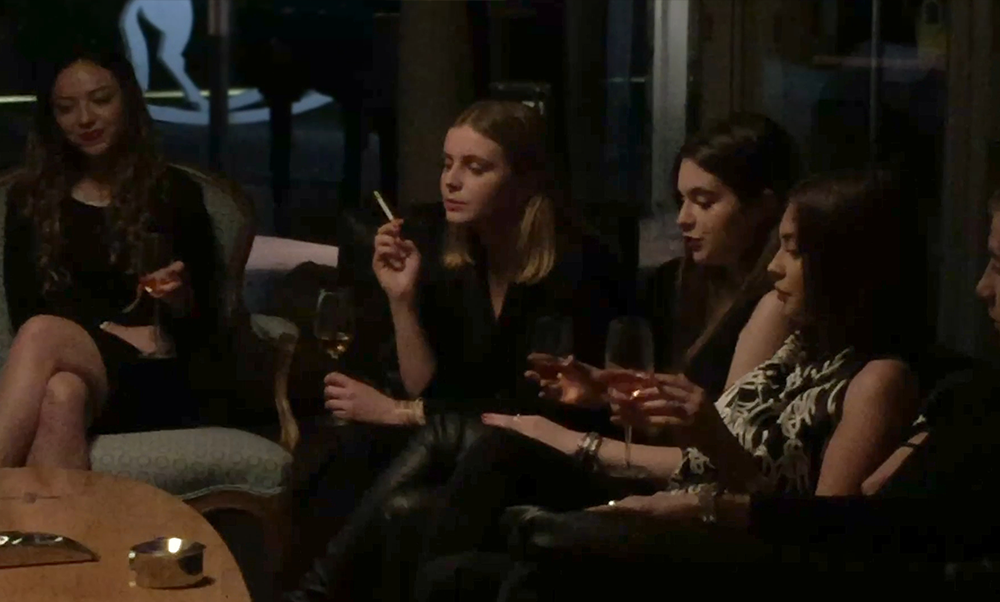 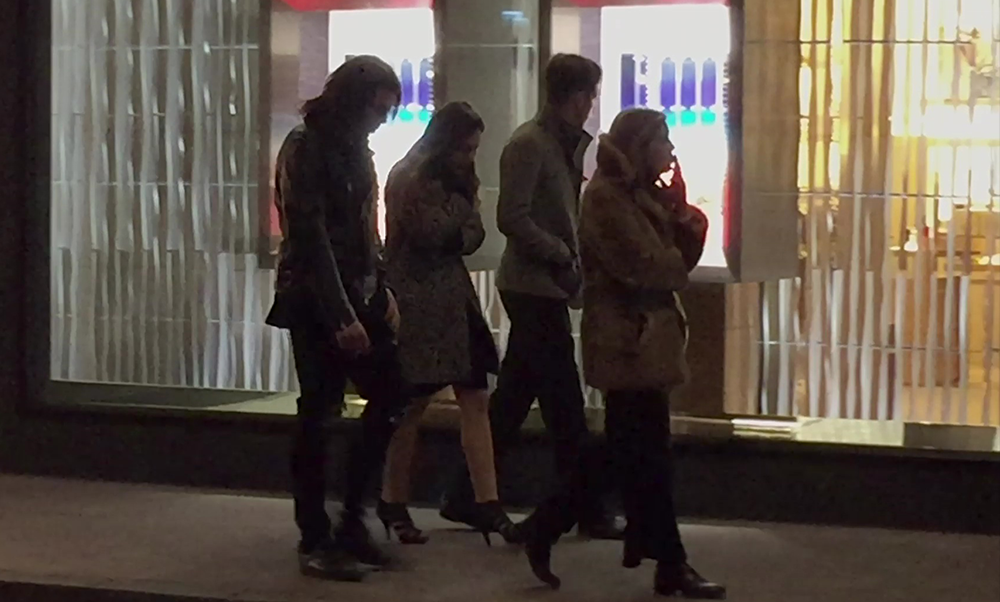 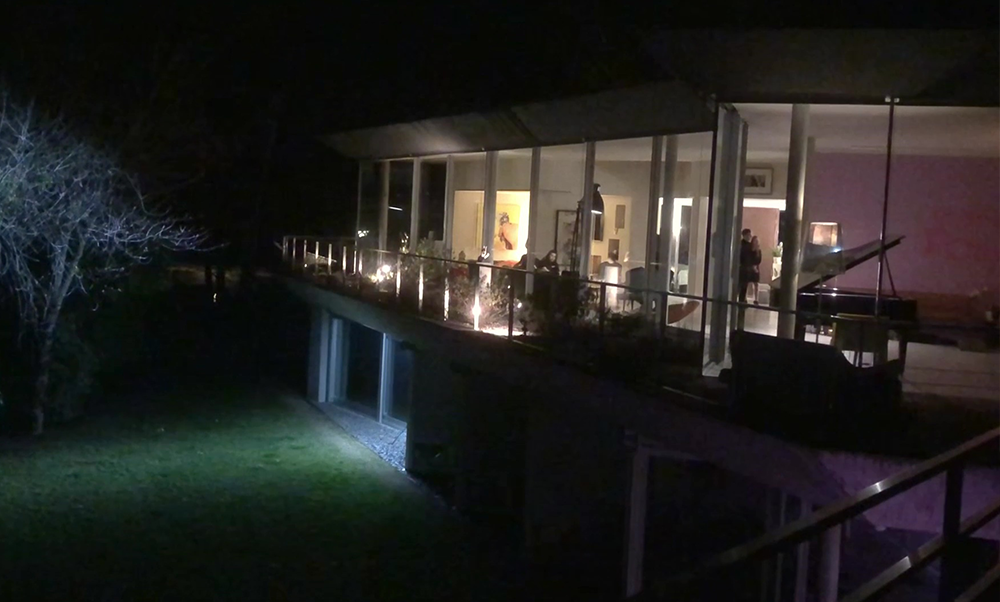 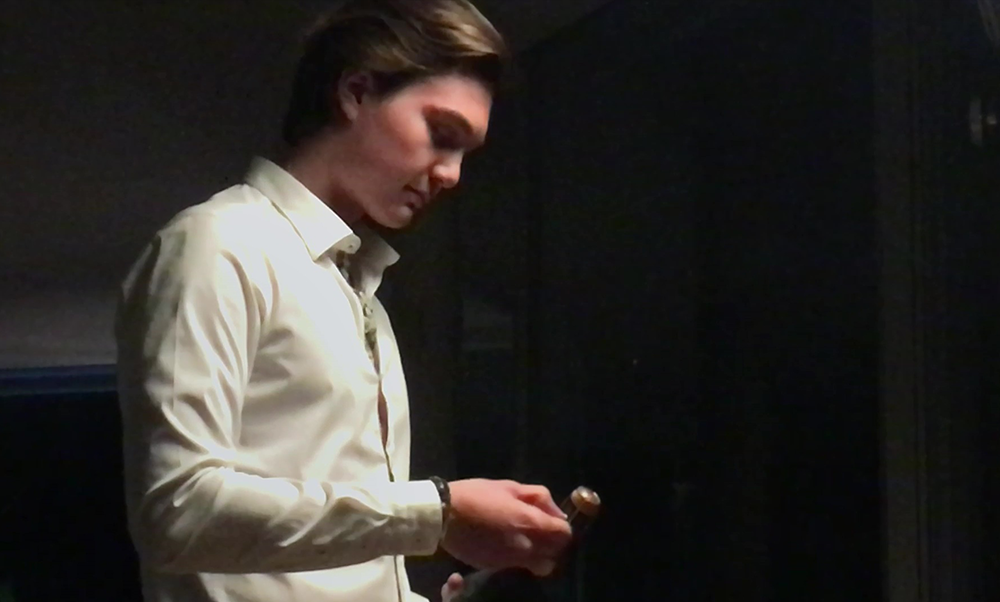 (…) The film was shot on a deliberately rudimentary iPhone: it could be the party pictures that you find on one of their phones. The Jet d’eau of Geneva serves as a powerful parallel for the champagne story. It’s a totem that sums up the city’s symbolic power. There are also these four statues of the founding fathers of Protestantism, who engage in a dialogue with the four actors at the end of the film, who are equal parts mocking and impressed. And then there are the Rolex banners that shine everywhere at night. It’s a sacred word in Geneva, almost a taboo, a divine entity above the city.”

Born in Paris in 1976, Vernier studied philosophy before entering the Beaux-Arts in Paris and has been making films since 2001. His first fiction feature, Mercuriales (2014), a cosmic, hyperreal tale of the Paris suburbs scored by James Ferraro, premiered in Cannes’ ACID section and New York’s New Directors/New Films. In 2015 Shellac released the “Coffret Virgil Vernier”, collecting seven of his films on DVD. In 2018 his second fiction feature Sophia Antipolis premiered at Locarno to critical acclaim. Set in the titular technology park in southern France, it interlaces two teenage friends, a cult, and a paramilitary group in a shapeshifting mystery with striking political resonances.