Sean’s Beach a film by Sean Price Williams. 2004, USA, 15 min. 16 mm frames and oddball characters by the sea from a staple cinematographer of the new NY cinema. 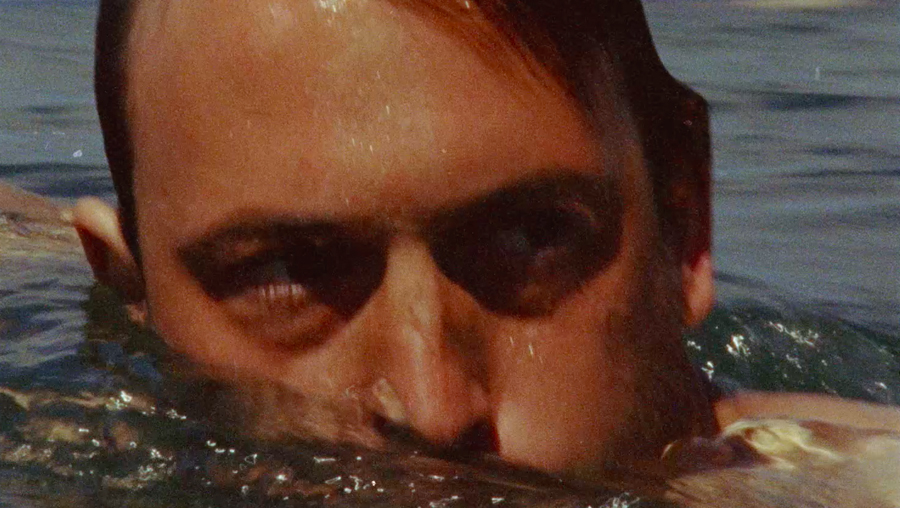 Continuing our 16 mm summer holidays, we are honoured to present Sean’s Beach, an unseen short made by the American cinematographer Sean Price Williams. Sean Price Williams, a true believer in film, has been a constant figure in New York’s independent cinema over the past seven years. His contributions to the wonderful looks of films by some of the most interesting new directors working in the city – including Robert Greene, Alex Ross Perry, and Josh & Benny Safdie – are remarkable. It is a pleasure to present Sean’s Beach to coincide with the theatrical release of the Safdie Brothers’ brilliant nocturnal chase thriller Good Time, in which you can admire Sean Price Williams’ beautiful, dark and electric photography. Although Sean initially wanted to randomly name the film 12 Spoons – he was talked out of it – Sean’s Beach is a title that defines film.  The filmmaker takes us to a beach in the Hamptons, where he improvises with his entourage – and with Sean leading the camera, the result is a cinematic, colorful, madcap world in 16mm filled with slightly oddball characters hanging by the sea, poetically framed and cut together. One might define a great filmmaker by saying that with almost nothing, the filmmaker can magically make a moment of cinema happen.  Here is a great example of that, by the seaside. “I have an abiding love for film and love watching films shot on film. It’s a flexible, versatile recording medium that you can use to create very nostalgic or naturalistic aesthetics. But I also like to electrify the filmed image and colors, especially strong colors, look great on film. Combined with its grain structure, film is made for a stimulating picture that is easier to create on set and more interesting to watch than a digital interpretation. Film sees what is in front of you on set; it’s alive.” SEAN PRICE WILLIAMS

Sean Price Williams made the film on an impulse in 2004 after his girlfriend left him – he decided he would be less shy, both with making films and with girls. At the time, Sean was working at Kim’s Video, the cult video and record store in downtown New York that closed in 2014. He took a group of his friends to the beach, mostly employees and customers of the store, with a nice Aaton camera but a student-level camera package. They shot the film over two days, on the go, overcoming small hurdles like bailing out a French actor, who had been mistakenly arrested at a political convention the day before – or finding a light pole to charge their empty batteries. They couldn’t get a full charge in time, but Sean Price Williams astutely realized that the camera could still shoot 18 frames per second, even if it wouldn’t shoot 24 fps.  The group caught magic hour on different speed than the rest of the movie. Sean wanted all the music in the film to be diegetic; they went around with a small portable record player playing Herbie Mann, Basil Kirchin, The Mamas & The Papas, and some music by the experimental Turkish musician Ilhan Mimaroglu.  These elements all contributed to the singular charm of the film.

After learning how to use a camera, Sean Price Williams quickly left film school in Baltimore to move to New York.  In addition to working at Kim’s Video, he was shooting content for websites and worked for a while as an archivist for Maysles Films, the production company of the legendary American documentarians.  He shot Albert Maysles’ last documentary Iris (2014).  His first works include Frownland by Ronnie Bronstein, the co-writer and editor of Good Time, who also appears in Sean’s Beach, and Alex Ross Perry’s first feature Impolex.  Williams has worked on every Alex Ross Perry film since (Listen Up Phillip, Queen of Earth, and Golden Exits). Prior to shooting Good Time, he shot the Safdies’ Heaven Knows What and their short The Black Balloon.  Recent credits also include Michael Almereyda’s Marjorie Prime and Nathan Silver’s Thirst Street.

Sean Price Williams would like to thanks Jason at Metropolis Post in New York for the color grade of the film.