SHIVER OF LOVE a film by MAXENCE STAMATIADIS. 2019, France, 20 min. A gem of playful sci-fi realism, starring the filmmaker’s grandmother.

The short nestles a fictionalized version of Stamatiadis’ family in a world saturated with screens, creating a familiar yet slightly alien atmosphere. The filmmaker’s grandmother, Suzanne Mouradian, stars as a charismatic, tech-savvy widow; she’s often on her tablet experimenting with deepfake filters or forwarding her favorite landscape photos to friends. As she grieves the loss of her husband Edouard—Stamatiadis has lovingly described the real-life couple, who appear frequently in his earlier shorts, as “a comedy duo, Suzanne’s vitality complementing Edouard’s stoicism”—she immerses herself in virtual spaces to remedy his physical absence. 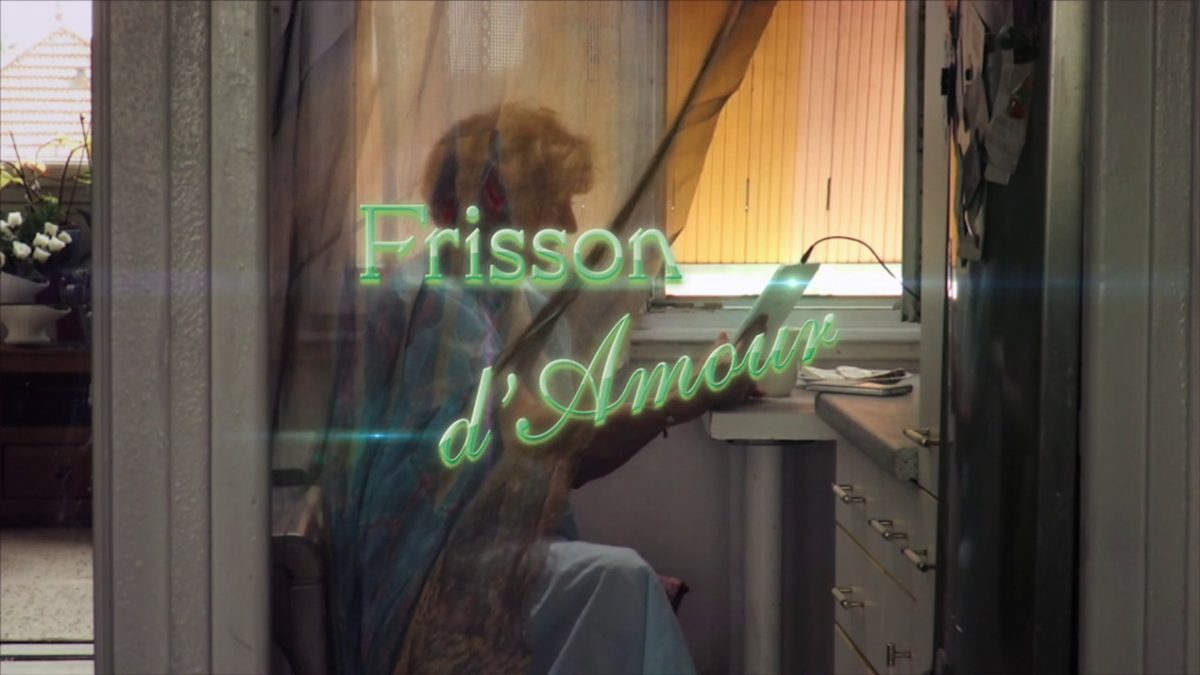 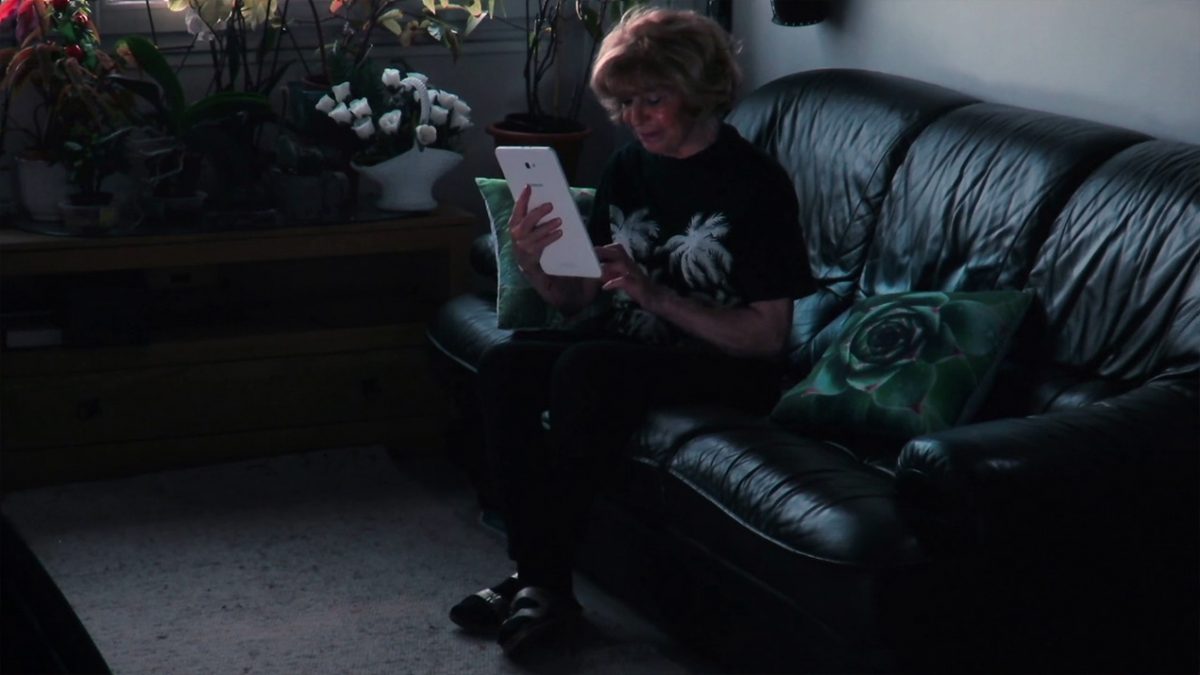 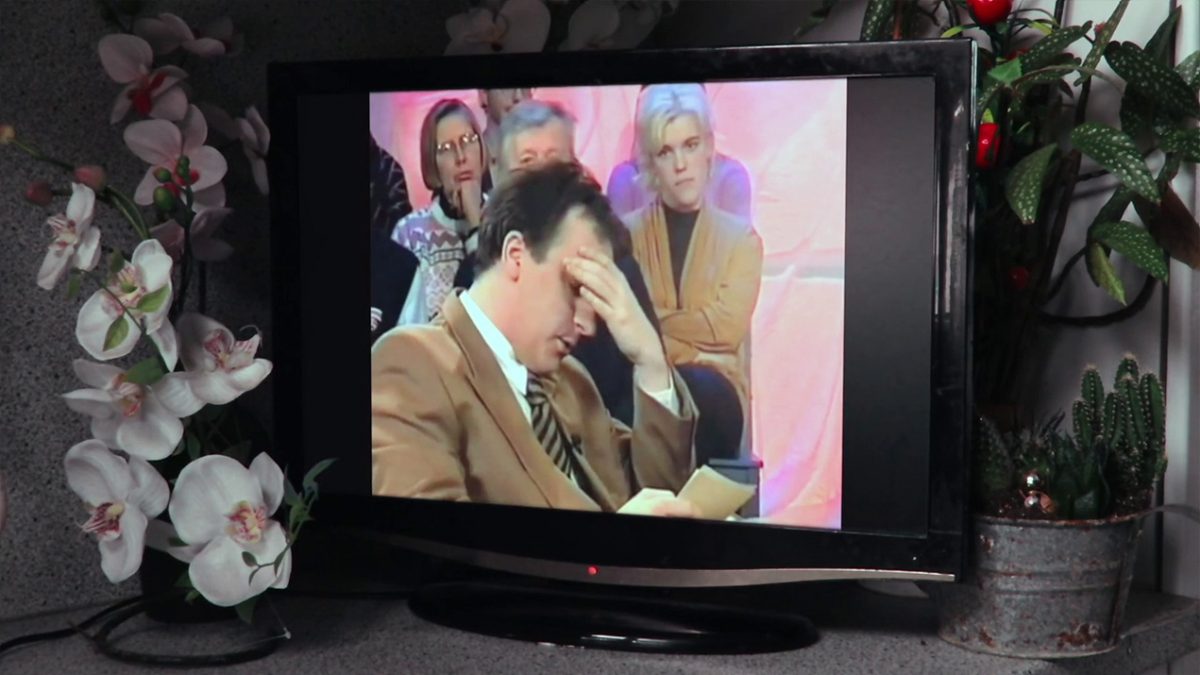 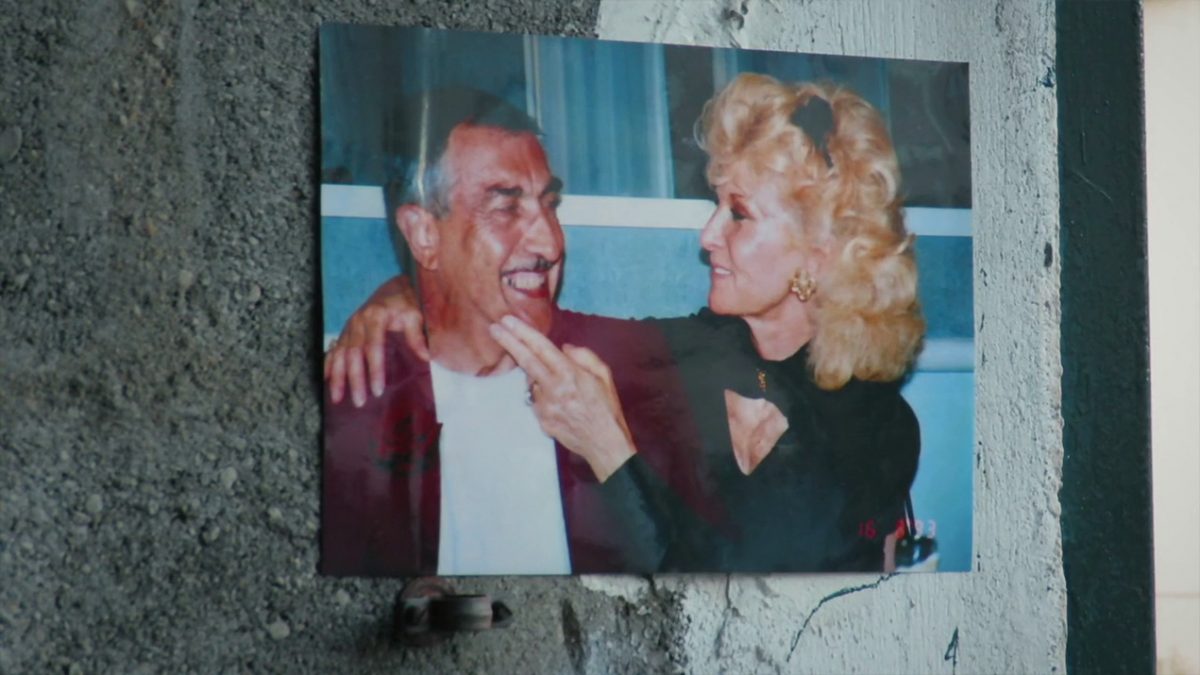 “The first image for the film came during lunch with my grandmother. The TV screen wouldn’t stand straight, so Suzanne grabbed an old smartphone and used it as a wedge to straighten the screen. That gesture was funny, but it was also a vivid image of the fact we’re living in a sci-fi future, where high-tech smartphones are already so old that we use them as wedges.” MAXENCE STAMATIADIS

Stamatiadis has characterized his work as “scripted documentaries: real people play their own roles inside my story canvas.” Often taking place around the “forgotten highways” and high-rises in the suburbs of Paris, his films feel like affectionate anthropologies. Shiver of Love glimpses a community of techno-dreamers that surround Suzanne: a neighbor obsessed with the dark web, a shop-owner evangelizing bitcoin trading, a teenage boy strapped into VR goggles under a full moon. “The odds of immigration had my family ground on these concrete shores, filled with so many treasures that no one spares the time to look at,” Stamatiadis added. “Its desolation creates fantasies: the people who live there dream hard.”

Stamatiadis graduated from the Ecole nationale supérieure des Arts Décoratifs in Paris in 2012. His earlier shorts, like Purina N°1 and Killer Period, also blur fiction and documentary into playful sci-fi realism; his films have screened at the Cinémathèque Française and international festivals like Thessaloniki. Right now, he’s finishing the screenplay for his second feature, Angel’s Bliss, set in a roadside club where a former reality TV star hopes to make a comeback.