Sink & Rise a film by Bong Joon-Ho. 2004, South Korea, 6 min. Boiled eggs and a high-stakes bet in a single hilarious take from the master Korean director. 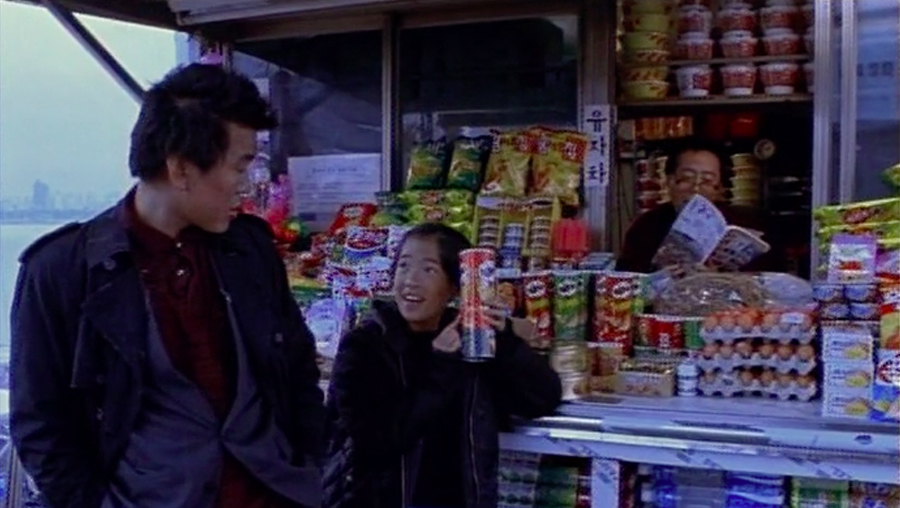 We are continuing our Cannes series this week by celebrating the selection of Korean master Bong Joon-Ho’s new feature Okja, premiering this coming Friday in the main competition of the festival. Sink & Rise is an exquisite and rare gem ­— a short film that can be seen as a prologue to Bong’s magnificent feature The Host. Set in the same location, the waterfront of the Han River, the short film introduces a father and his daughter who argue with a food stand vendor about whether boiled eggs can float or not. The film showcases the director’s distinct talent for mixing tones and genres (here drama, comedy, and fantasy) and, as in The Host, addresses an ecological issue ­through the lens of science fiction.

Bong directed Sink & Rise for Twentidentity, a 20-part omnibus film composed of works by alumni of the Korean Academy of Film Arts, to celebrate the film school’s 20th anniversary. “As a teenager, I was living near the Han River. I was full of imagination, and one day, I really thought I saw a monster appear out of it” explains the director in an interview to the French magazine Les Inrockuptibles. The desire of directing a movie revolving around this idea stayed with him until he started writing The Host. He waited to gain more experience and more notoriety in order to find appropriate funding for a movie of that scale.

Bong is one of the most important Asian filmmakers, and one of our favorites, working today. Bong dreamed of making movies as a child. He later joined the Korean Academy of Film Arts where he started making short films on 16mm. As young cinephile, he admired the films of Edward Yang, Hou Hsiao-hsien and Shohei Imamura. With his three first features — the social satire Barking Dogs Never Bite (2000), the beautiful thriller Memories of Murder (2003), and his sensational The Host (2006), breaking box-office records in Korea — Bong quickly rose to great international critical and commercial recognition. Bong later directed a segment of Tokyo! (2008) along with Michel Gondry and Leos Carax. His fourth feature Mother (2009) premiered at Un Certain Regard in Cannes. Snowpiercer (2013) was his first English language film, based on the French graphic novel Le Transperceneige.

We couldn’t be more excited to discover his upcoming film Okja. The film tells the story of Mija, a young girl who risks everything to prevent a powerful, multi-national company from kidnapping her best friend — a massive animal named Okja. Produced by Brad Pitt’s production company Plan B (Twelve Years a Slave, Moonlight, The Lost City of Z), the film stars Tilda Swinton, Paul Dano, Seo-Hyun Ahn and Jake Gyllenhaal. Okja will be released by Netflix on their global platform in June.