Skaterdater a film by Noel Black. 1966, USA, 17 min. Glimpse the SoCal ’60s in a Cannes-winning short, considered the first skater film ever made. 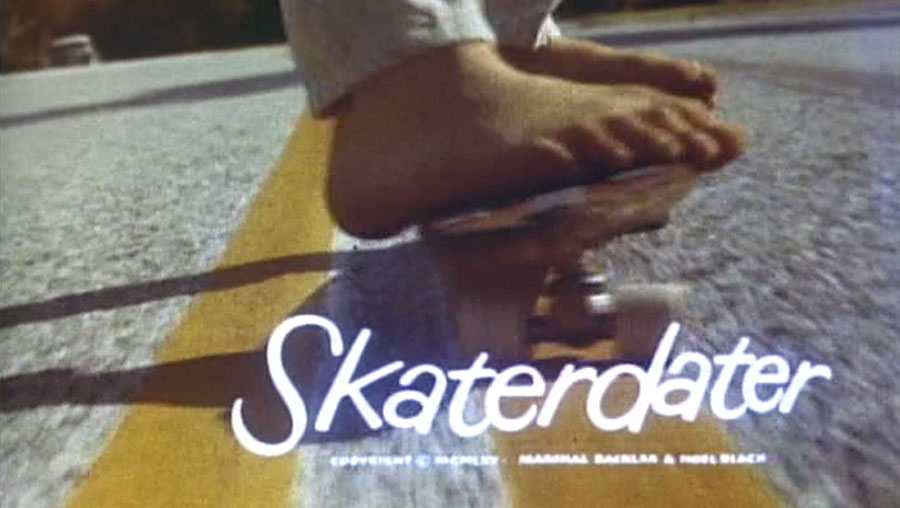 This week, to celebrate the U.S. release of Jonah Hill’s amazing directorial debut Mid90s, we’re presenting Skaterdater – the winner of the Best Short Film award at the 1966 Cannes Film Festival, and now considered the first skate movie ever made. Skaterdater is an exquisite trip back to the very early days of skateboarding, Southern California in the ’60s and the naive charm of adolescence, its timeless story activated by innovative, acrobatic camerawork. A surf-rock soundtrack leads you through the tale of a young boy and his suntanned skating gang, all wearing matching navy windbreakers and sliding and zigzagging barefoot on small wooden planks. They show off daring tricks, clown and drink shakes at burger stands—until one of them gets lovestruck for a freckled blonde, and a skating duel is organized to determine leadership in the boys’ group.

We’re pairing Skaterdater with a list by Jonah Hill of five films (all documentaries, and a few references for Mid90s), with his in-depth commentary on each. Also a portrait of teenage years, Mid90s tells of a 13-year-old’s summer spent seeking his own place away from a troubled home and among a cool group of skaters in L.A. in the ’90s. Jonah Hill’s directorial debut is thrillingly fun, raw, moving, and beautifully captured on 16mm – with a wonderful ensemble of both first-time (led by Sunni Suljic) and professional actors (Lucas Hedges, Katherine Waterston). Mid90s opens in New York and L.A. today, and will be released nationwide on October 26th.