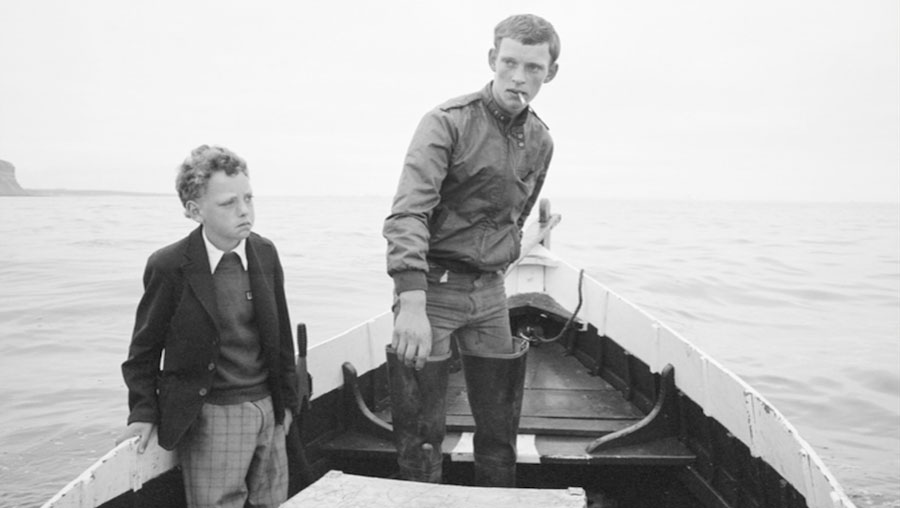 On the occasion of today’s opening of Paris Photo, the world’s largest international photography fair, we’re starting our annual “On Photography” series – a series which features films on or by photographers. Showing this week is the 2013 Sundance Jury Prize winning short Skinningrove by Michael Almereyda, on British photographer Chris Killip. In an intimate sit down with the renowned photographer, Killip guides us through his Skinningrove series: beautiful, striking black & white photographs of a small fishing community in Northern England. Fans of Killip will love watching him talk over these mostly unpublished photographs. For those not yet familiar with his work, this is a perfect introduction to one of the great living photographers. Killip recalls and describes the town and the subjects of his pictures with great admiration and affection, fully immersing the viewer into the world of these extraordinary images.

Michael Almereyda’s collaboration with Killip on this short began in 2012, when both men were teaching at Harvard University. In preparation for an interview for Aperture magazine, a career-spanning lecture, and the filmmaker was impressed enough to ask Killip to repeat the lecture with cameras running. “In the course of editing the piece, I realized that the Skinningrove section was the heart of it, self-contained, self-sufficient,” explains the filmmaker on how the short took its final form.

A native of the Isle of Man, Chris Killip is a photographer whose work has been exhibited around the world, featured in the permanent collections of New York’s Museum of Modern of Art, the Getty Museum in California, and the Victoria and Albert Museum in London, to name a few. In 1989, he received the Henri Cartier-Bresson Award. Killip’s work has also been recognized and praised for chronicling the slow decline of industrial Britain. You can find a list of his publications on his website.

Michael Almereyda is a prolific director, screenwriter and producer. He has directed over 20 shorts and features, including Hamlet (2000) starring Ethan Hawke, Kyle MacLachlan, Liev Schreiber and Sam Shepard. He also directed the documentary William Eggleston in the Real World (2005). His latest feature, Marjorie Prime, is based on the play by Jordan Harrison, and stars Jon Hamm, Geena Davis, Lois Smith, and Tim Robbins. The film received the Alfred P. Sloan prize at Sundance 2017.