Somewhere to Disappear a film by Laure Flammarion & Arnaud Uyttenhove. 2010, France, 57 min. Portraits of modern hermitage and a window into the practice of an ambitious photographer. 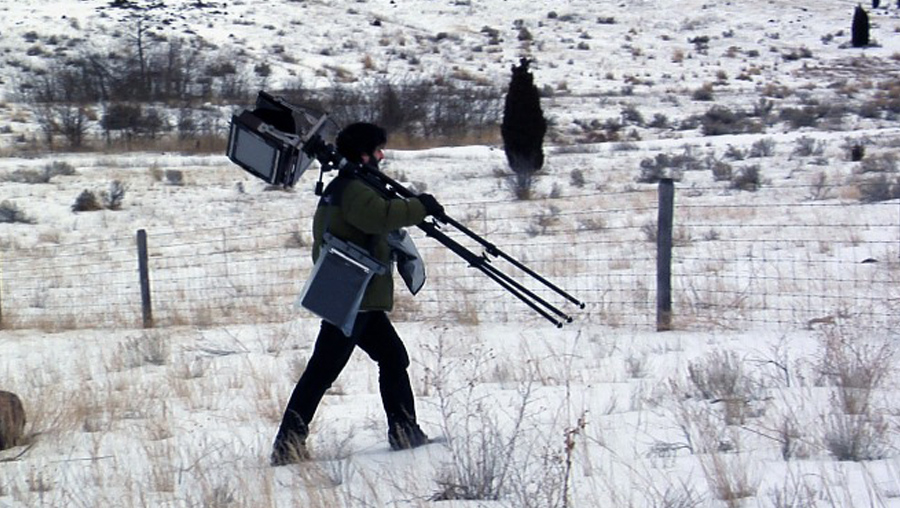 For his book Broken Manual, photographer Alec Soth wanted to provide tips on how to disappear in America. He investigated places in which people have escaped civilisation. Laure Flammarion and Arnaud Uyttenhove followed him over the course of two years as he was seeking for those who lived in the margins of society, those who deliberately chose to disappear. The project started in the last months of the Bush era. Young European directors Flammarion and Uyttenhove shared the wish to make a documentary on Alec Soth. When they first met Soth at the Paris Photo fair, he was reluctant. He wanted to get away from people through this project, and having a film crew follow him was unthinkable. Serendipity brought them together the day after, and Soth, amused, accepted the challenge.

“They followed me for a couple of years, driving around America, and they’ve become family, I feel very close to them, which doesn’t mean I thought their film was going to be any good. I thought this could be a disaster. But it turns out to be a wonderful movie, focused on the subjects I photographed.” ALEC SOTH

Somewhere to Disappear allows you to witness one of the great American photographers at work. It is also a precious collection of portraits on modern hermits, and their desire to disappear. The film was produced by Sophie Mas (Frances Ha, Love Is Strange, Love, Mistress America, The Witch).

Alec Soth is represented by the Gagosian Gallery in New York and is a member of Magnum Photos. Alec Soth’s work is rooted in the distinctly American tradition of ‘on-the-road photography’ developed by Walker Evans, Robert Frank and Stephen Shore.