Southern Belle a film by Nicolas Peduzzi. 2017, France, 84 min. A raw portrait of a real-life Southern belle, coping with death and the darkness of American fortune. 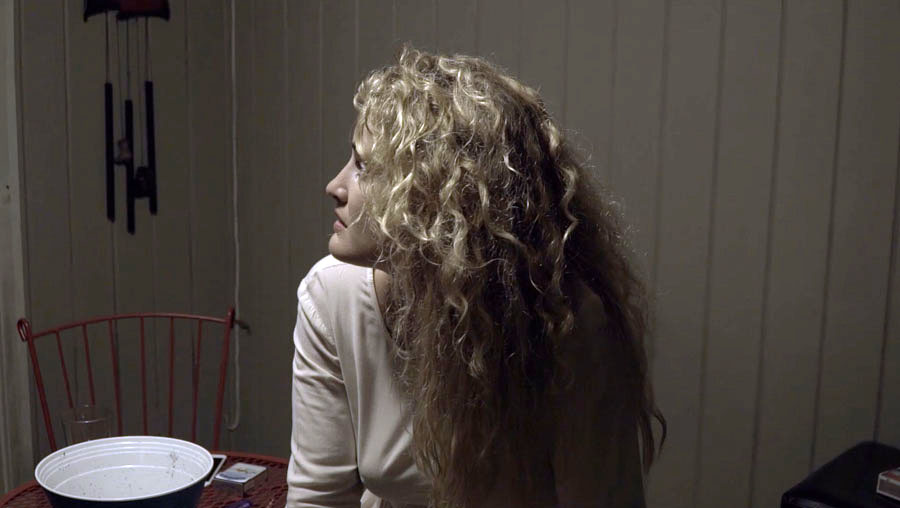 This week, we’re thrilled to present the fascinating debut feature of French filmmaker Nicolas Peduzzi. With Southern Belle, Peduzzi brings us a raw, empathic cinematic portrait of real-life 26 year-old Texan Taelor Ranzau, whose inheritance after the sudden death of her oil tycoon father brings many evils into her life. After receiving the Grand Jury Prize at the well-respected FIDMarseille in 2017, Southern Belle was welcomed by critics during its French release in April. We are honored to show it, for the first time outside of France, on the site.

Capturing Ranzau’s Houston surroundings, the film is also a bone-chilling look into a gun-friendly, racist, Trump-supporting segment of deep America. Shining a light on issues afflicting the country such as prescription drug abuse, Southern Belle is nevertheless a work of dark poetry, led by the movement and voice of its tragic heroine.

The gentle lens applied to Taelor, as well as the intimate access granted to her life, can be explained by the fact that Peduzzi knew his subject well.  They dated a decade before the shoot and remained friends. The filmmaker had always been moved by Taelor’s personality, her way of speaking, and her personal story. She reminded him of a character from the literature of the American South, “a contemporary version of a character out of a story by Faulkner, or Tennessee Williams, full of contradictions.”

Peduzzi encouraged Taelor to tell her story in her own words and to write her voice over herself: “She needed to tell her story, and she tells it very well.” Peduzzi credits Taelor’s generosity and energy for greatly contributing to the film, encouraging him and his crew to have access to as much possible of her life.  Peduzzi shot the film during two separate trips to Houston, Texas, accompanied by one or two people. From the size of the crew to the camera work, every decision was meant to allow as much intimacy as possible to enter the film. To prepare the shoot, Peduzzi rewatched many films with his crew including films by the Maysles, Cassavetes, and also Laura Poitras. He also showed A Woman Under the Influence, among other films, to Taelor: “I think it unconsciously influenced her as it would have if she were an actress.”

“I didn’t want it to be a documentary, nor a fiction. But a film where reality appears crazier than fiction, depicting these lives without judging them, by showing a dark side of the United States that also reflect contemporary societies elsewhere in the world. I was stunned by how the individuals in the film were true performers, their use of alcohol or drugs surely helping this, but still they play with reality, and act the reality of their own lives.” NICOLAS PEDUZZI

After studying at NYU, and at various acting studios in New York and Rome, including Susan Bateman’s studio, Nicolas Peduzzi returned to Paris to act in important plays such as Luc Bondy’s Ivano and Sebastian Galves’ Julius Caesar. He also directed fashion shorts for Pigalle and LT-180. His first short film Death on the Basketball Court (2015) was previously screened on Le Cinéma Club. Peduzzi is currently prepping his new film, also non-fiction and based on another fascinating female character he met in Houston, Texas, while shooting Southern Belle.