SUN DOG a film by DORIAN JESPERS. 2020, Belgium/Russia, 21 min. A nocturnal fantasy of the Arctic Circle from a Belgian newcomer.

Winner of the Ammodo Tiger Short Award at the International Film Festival Rotterdam, Sun Dog is the phantasmagorical debut short from Belgian filmmaker Dorian Jespers: a voyage into a months-long winter night in the Russian tundra.

Sun Dog was inspired by a spontaneous trip Jespers took to the Russian port city of Murmansk, just two degrees north of the Arctic circle, after a chance conversation at a party. Captivated by an acquaintance’s description of Murmansk’s “non-setting sun,” Jespers booked his ticket on the spot, went to the train station after the party ended, and woke up without context in the middle of a 36-hour journey. “A young locksmith named Anton helped me there and offered me a place to stay,” Jespers recalled. Sun Dog follows a fictionalized version of Anton through Murmansk, which Jespers elevates into a nocturnal fantasy. 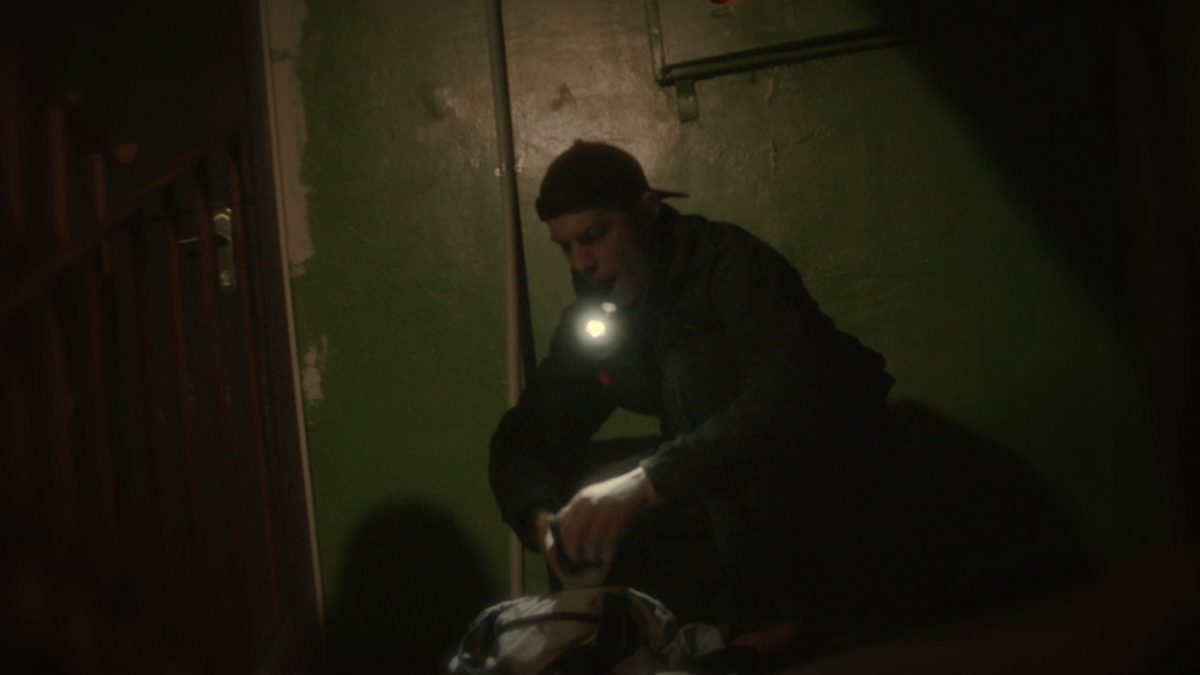 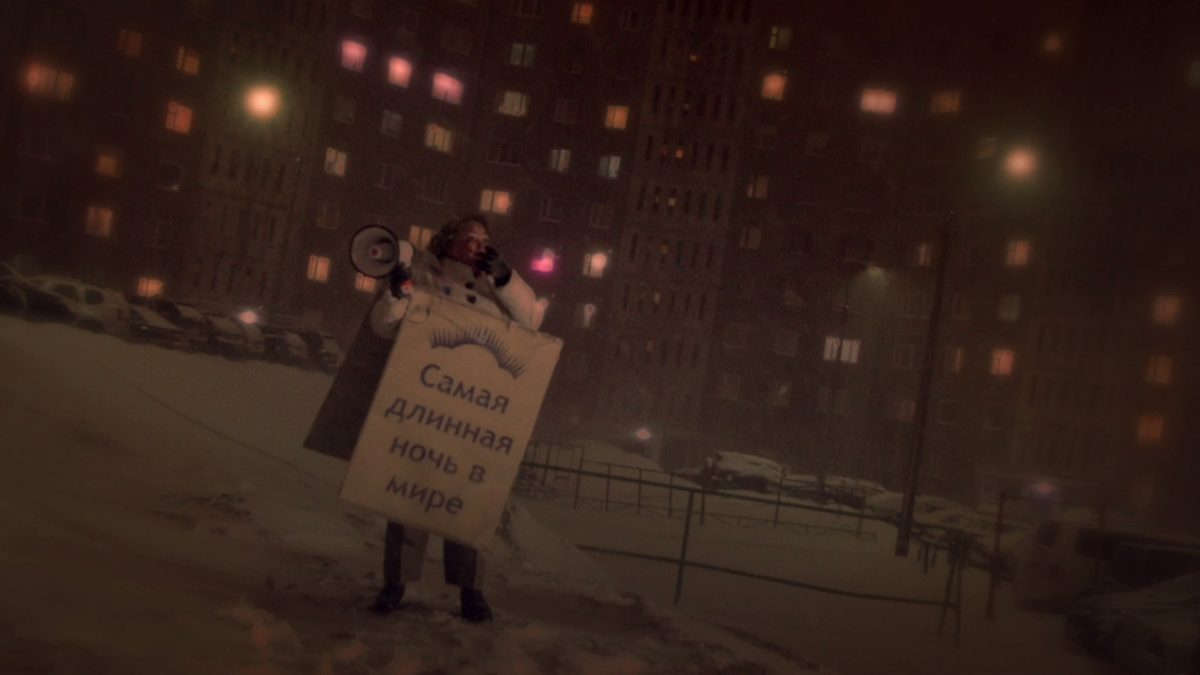 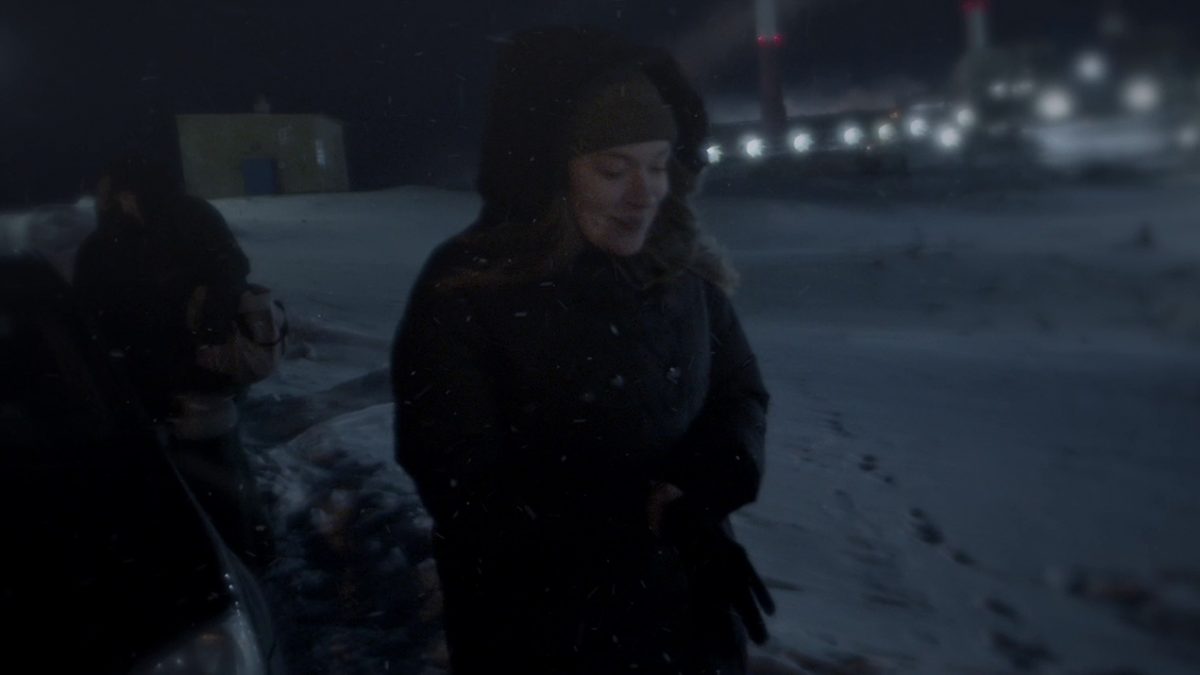 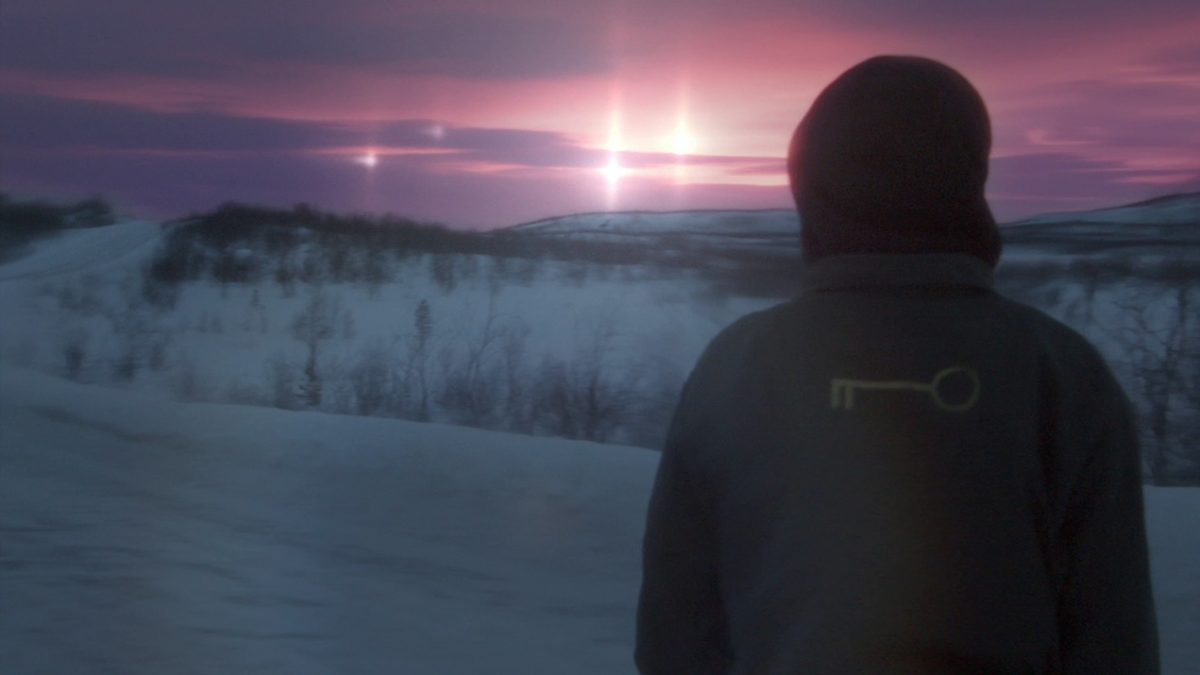 “It was very disturbing to impose my foreign presence into the locals’ faraway intimacy. It reminded me of cinema as a whole, the projection of a stranger’s world onto another’s life, and made me want to explore a film this way.” DORIAN JESPERS

With an unpredictable camera, tumultuous sound design, and fourth-wall-breaking characters, Sun Dog embraces the serendipitous exploration of Jespers’ influences, especially Alexander Sokurov, Leos Carax, and Eduardo Williams. Jespers also wanted the camera to embody the foreign gaze; by allowing the camera to wander independently of the characters, Jesper makes it seem curious yet inescapably invasive. “There is something ungraspable in the physicality of the camera, and I think that’s what was needed in this point of view,” Jespers added. His short builds to a moment of “cataclysm” set off by Sergey Kuryokhin’s propulsive “Winter”; in a fitting coincidence, Jespers later discovered that the avant-garde composer grew up in Murmansk.

Born in 1993, Jespers studied cinematography at INSAS in Belgium. Sun Dog was the culmination of his MA program at the Royal Academy of Fine Arts, where he graduated with the highest honors. In addition to IFFR, Sun Dog screened at Film at Lincoln Center and MoMA’s New Directors/New Films and has won multiple awards worldwide. Jespers is seeking to secure financing for his next project, Loynes, encompassing both a short and a feature film about “the trial of a nameless person found after a storm…it involves raging nature, strange humor, and bombastic intimacy.” Any hints on this matter or questions about the film can be emailed to dorianjespers@icloud.com.