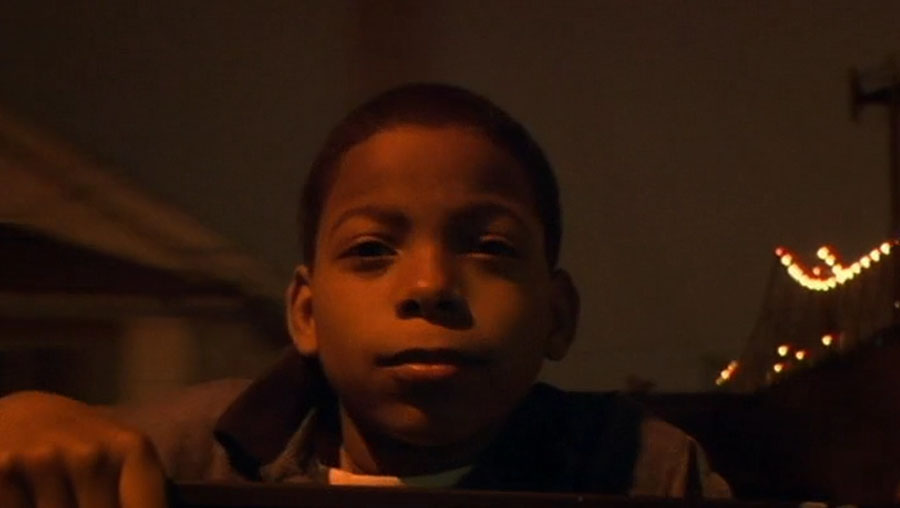 For our second week spotlighting New Orleans, in partnership with the Champs-Elysées Film Festival in Paris, we are honored to present Bill and Turner Ross’ second feature-length documentary Tchoupitoulas. The film takes us on a nighttime journey into the French Quarter, guided by three teenage brothers who wander and explore the vibrant streets of New Orleans. We encounter local dancers, musicians, hustlers and drag queens. Through the eyes of its characters, the film becomes an urban dream, bringing us into the almost fantastical reality of the city. The film, which premiered at the SXSW Film festival in 2012, was a New York Times Critics Pick. Tchoupitoulas that takes place during one night was shot over the course of nine months in a cinéma vérité style. It focuses on documenting the experience of the three young characters discovering the city of New Orleans at night. As with most of their other films, it is the process and experience that first interested the two filmmakers. As kids, the Ross Brothers spent a lot of time in the carnivalesque streets of the city. The film was a way for them to go back to these old memories and feelings. But the best introduction to the film comes from Bill Ross’ own words:

“I was just in Cannes for the past festival and was reminded of the first time I was there when I was 20 and saw The 400 Blows for the first time on the beach. Like so many before me it knocked me out and became my favorite film. Turner and I were pretty wild kids and that film spoke to that. We were determined to make a film that would speak to trouble-making and the quest for adventure. We also wanted the landscape to be our adopted hometown of New Orleans. We had spent a lot of time there as kids, sneaking out at night and trying to see adult things. We succeeded quite a bit! But we also wanted the film and the experience to be authentic. We needed to see the city through the kids who were out causing the trouble in real-time. For seven long and worrisome months we were up til dawn looking. Finally one evening William walked past us and we heard his banter and that was it. We asked him if we could follow he and his brothers around and make a movie and it was all of a sudden that simple. Me and T hope you dig ‘Tchoup’ and then go out and cause some trouble of your own. We would be right there with you if we could.” BILL ROSS

Born and raised in Ohio, Bill and Turner Ross are graduates of the Savannah College of Art and Design. Their first feature 45365, which refers to a specific zip code in their hometown, won the 2009 Grand Jury Prize at SXSW for Best Documentary Feature. Following Tchoupitoulas, the brothers directed two other documentaries: Western (2015), which documents two Texan border towns separated by the Rio Grande, won the Special Jury Prize in Sundance, and Contemporary Color (2016), which follows David Byrne through his event at the Barclays Center in Brooklyn, also won the Best Documentary award at the Tribeca Film Festival. They are currently working on their next project Bloody Nose, Empty Pockets, which will portray the lives of a disparate group of patrons and employees at an American dive bar. They are currently raising money for it. You can donate money by visiting their website or clicking here.