The Acquaintances of a Lonely John a film by Benny Safdie. 2008, USA, 12 min. Shot on video, a darker sequel with the filmmakers’ recurring character on the streets of Queens. 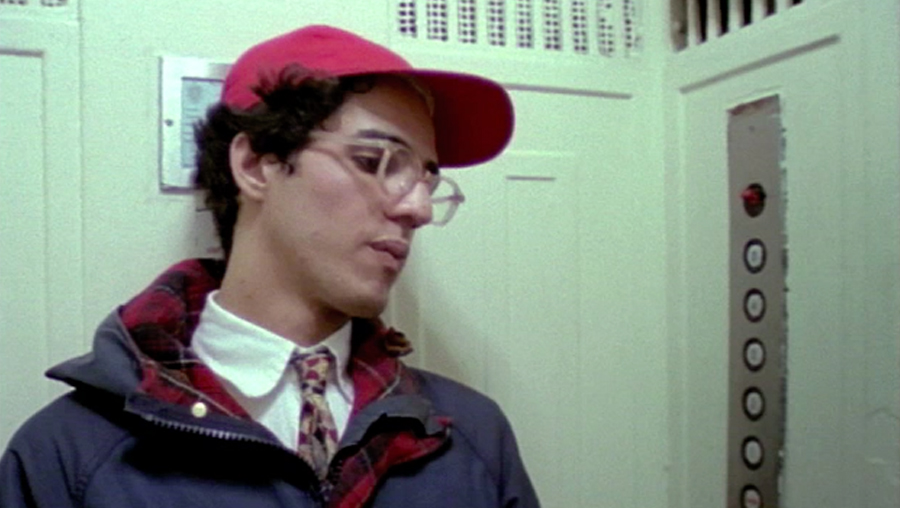 Le Cinéma Club presents early works by two of New York’s most exciting filmmakers – Josh and Benny Safdie – who perfectly blend a sense of classic cinema with their unique and groundbreaking voice. The two brothers began their careers shooting films with virtually no budgets in the streets of New York. Their body of work now includes a great series of short films and four features, including their latest – the critically acclaimed Heaven Knows What (2015). Still at the beginning of what promises to be a long filmmaking career, the Safdies are among the most electrifying directors of their generation! Let us now go back to the beginning with this short film about a lonely man named John. Here is Benny Safdie’s brilliant, touching, and very funny thesis film – in which he also stars – that the younger Safdie brother made while still a student at Boston University. The Acquaintances of A Lonely John introduces us to a warm character trying to connect with the world and the people around him, while not always succeeding. Based on his real life experiences living by himself in college, Benny chose real people that surrounded him at the time to play the characters in the film. He lived next door to the gas station and would often hang out all night with Firas – “an amazing and funny man that would always play jokes on me.”

“It represents a very specific time for me. Of course I had Tati, Chaplin, Keaton all fresh in my head.” BENNY SAFDIE

Benny Safdie shot the film on 16 mm in 4:3, encouraging his crew to use as much natural light as possible – wanting to use the neon lights from the gas station. The film premiered at Cannes Director’s Fortnight, ahead of Josh Safdie’s feature debut The Pleasure of Being Robbed (2008). The film immediately reveals the brothers’ talent for capturing reality and transforming it into pure cinema.