THE AGE OF SWORDFISH a film by VITTORIO DE SETA. 1954, Italy, 11 min. A cinematic treasure and precious record of a vanished Sicilian world. IN COLLABORATION WITH THE CRITERION CHANNEL.

We’re honored to guest-program a series of short films for the Criterion Channel, which is now live on their platform. The Criterion Channel is a lovingly curated home for cinematic discovery: it hosts hundreds of indispensable films from the Criterion Collection library, exclusive series and streaming premieres, and a treasure trove of special features. Our program highlights some of our favorite emerging voices in world cinema—filmmakers whose distinctive storytelling we’re excited to see develop in the future.

To celebrate this collaboration, we’re thrilled to present a gem from the Criterion Channel’s catalog: Vittorio De Seta’s The Age of Swordfish. The film is one of ten spellbinding short documentaries De Seta made in southern Italy throughout the 1950s, all with a painterly affection for detail. Martin Scorsese, whose restoration project The Film Foundation worked with the Cineteca di Bologna to restore De Seta’s work in 2019, summed up the filmmaker as “an anthropologist who speaks with the voice of a poet.”

Swordfish traces the rhythms of an ancient tradition of swordfish-hunting. As the sun rises over the water between Sicily and Calabria, De Seta introduces the seaside community through its atmosphere: the early-morning silhouettes of men rowing out to fish, women singing while washing clothing by hand on the shore, and the undertones of waves breaking. Since postwar modernization was underway in Italy at the time, De Seta’s film seems a precious document of a lifestyle soon to evaporate; in fact, this form of fishing was retired two years after filming. 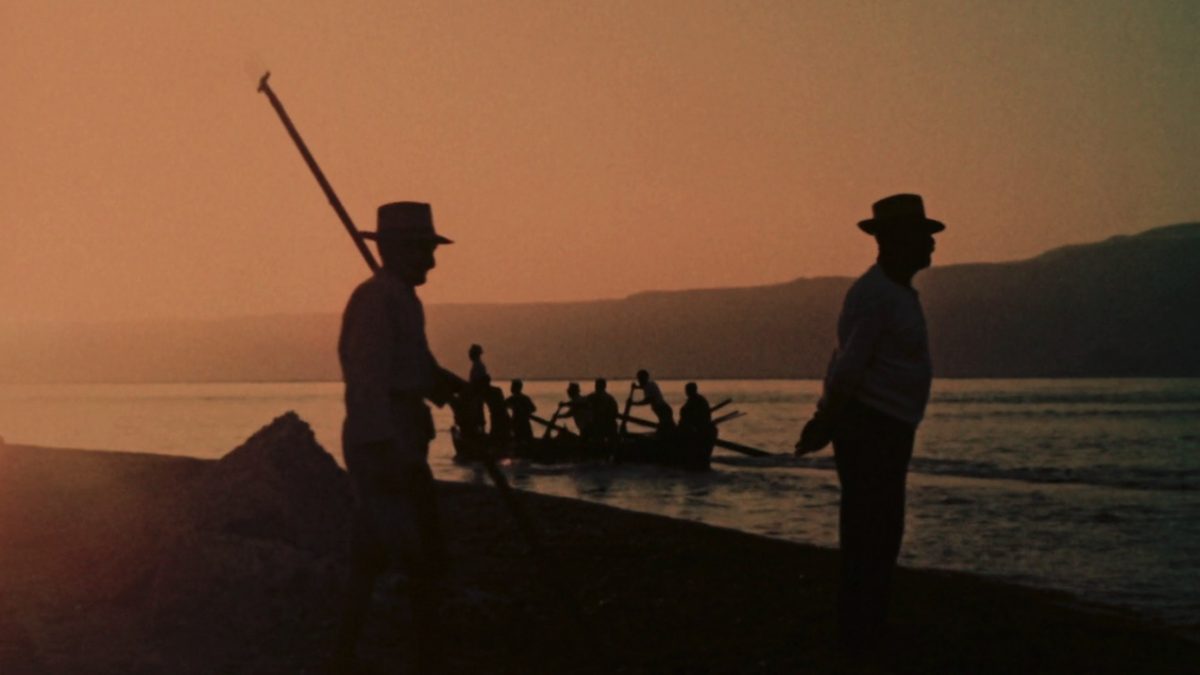 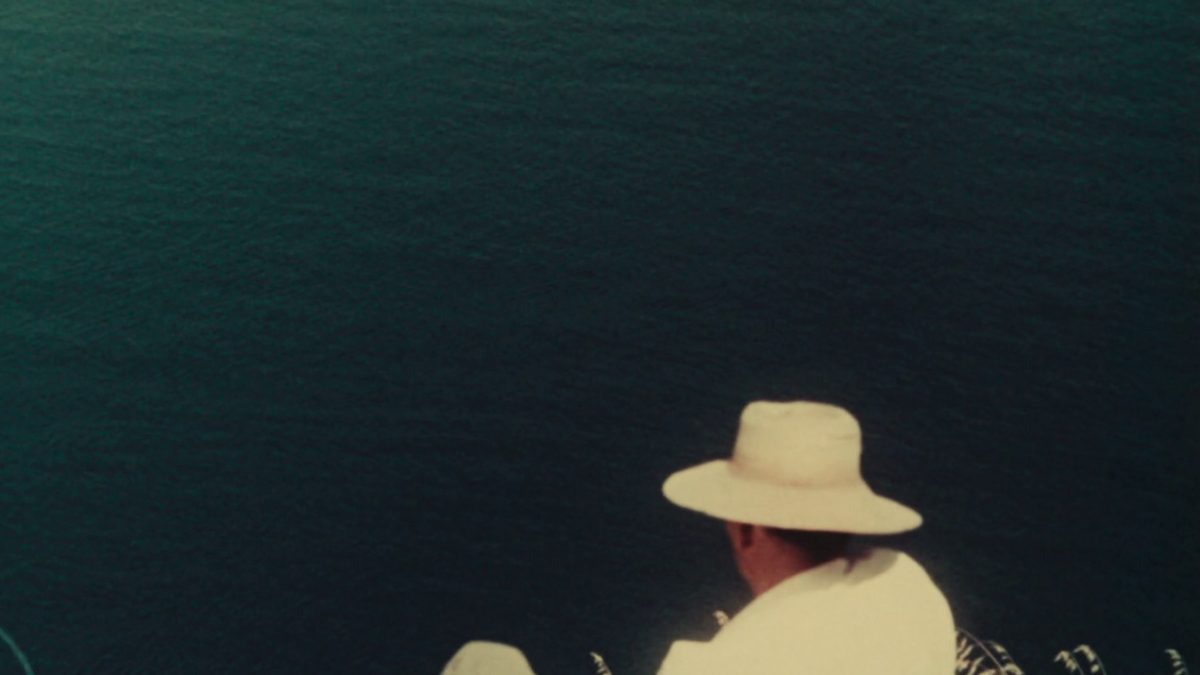 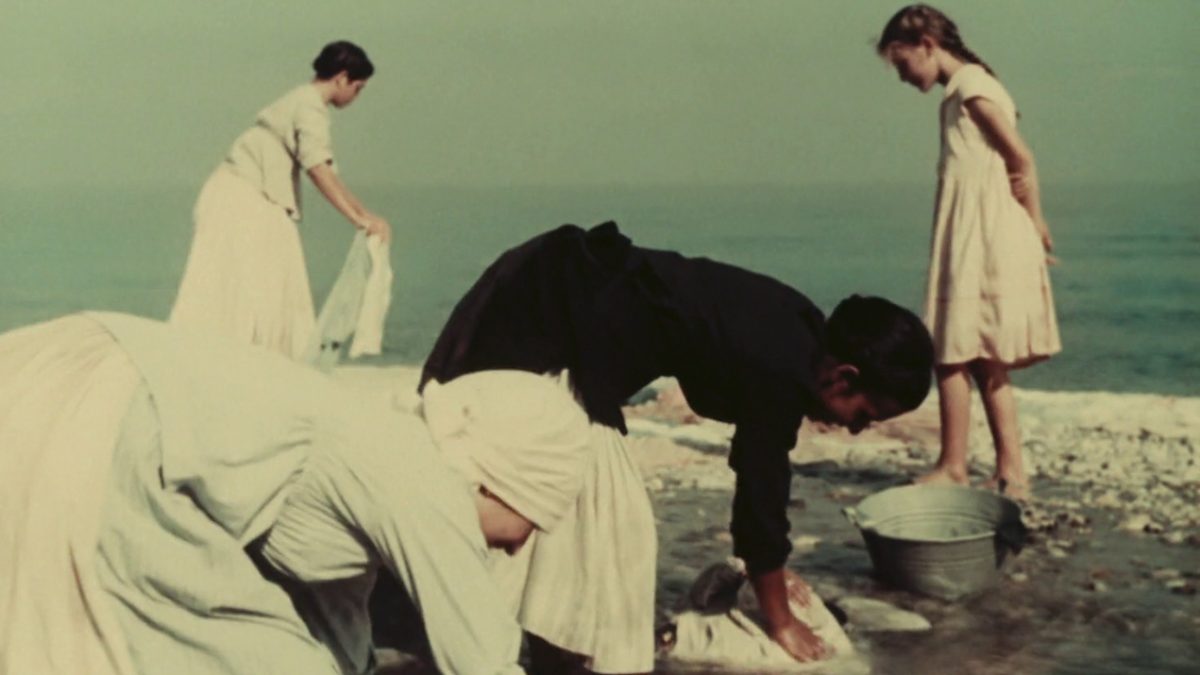 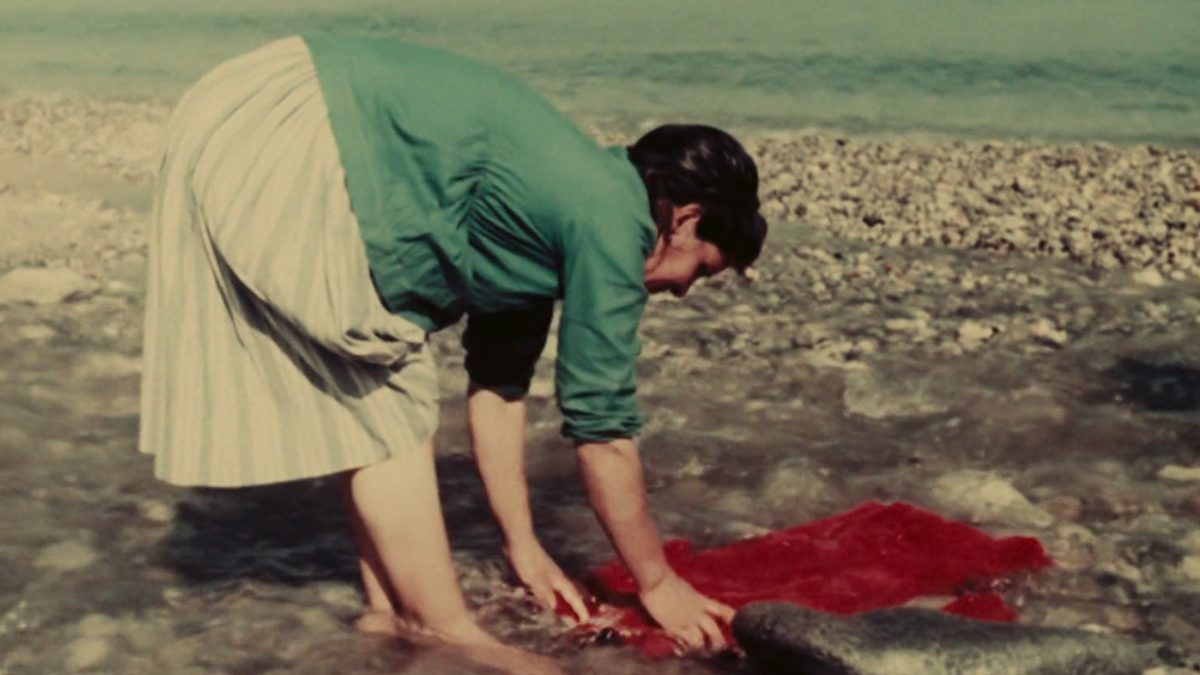 “I wanted to blend into the environment, to become a part of it and shoot these scenes. I would gradually build the documentary while working in contact with reality. Almost instinctively, I created a rather exhaustive representation of work in southern Italy: shepherds, miners, fishermen, peasants, the volcano.” VITTORIO DE SETA

The Age of Swordfish showcases De Seta’s talent for sculpting the raw material of reality. He was the first Italian director to record direct sound on site, and his audio mix creates an inimitable sense of place, intermingling natural ambience with the villagers’ songs. De Seta also has a flair for action: when the elusive fish appears, a rapid-fire montage imparts the excitement of the chase after hours of patience. In these pulse-raising moments, De Seta transforms an observational film into a vicarious and immediate experience.

De Seta was born in Palermo, Sicily, to an aristocratic family. While serving in World War II, he was imprisoned in a concentration camp in Austria after refusing to sign allegiance to Mussolini’s government. After the war, he returned to Rome and studied architecture, but soon became interested in filmmaking. His film Island of Fire—about an eruption of Stromboli that took place while he was filming Swordfish—won the best short documentary award at Cannes in 1955, while his first narrative feature, 1961’s Bandits of Orgosolo, won Best First Work at the Venice Film Festival. The Film Foundation’s restorations of his ten documentary shorts are streaming on the Criterion Channel alongside a 2006 interview with De Seta.

Text written by Chloe Lizotte. Special thanks to Penelope Bartlett and Criterion for making this screening possible.