The Black Balloon a film by Josh and Benny Safdie. 2012, USA, 20 min. Loose balloons form an urban fable and a beautiful portrait of New York City. 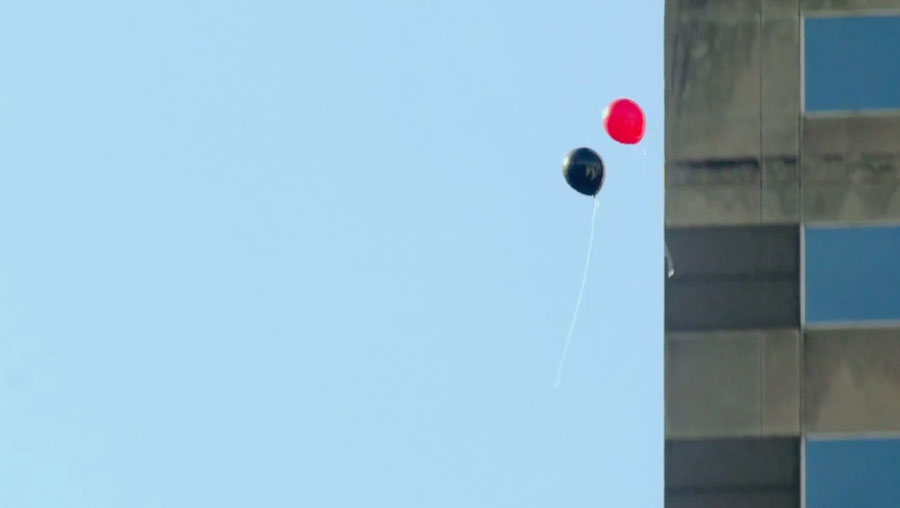 While trying to move 40 kids six New York City blocks all by himself, a stressed man accidentally loses a bouquet of a hundred balloons. In that bouquet, a lone black balloon scurries free from the rest. It dies and comes back to life, returning to the city, cruising for a companion. On its beat, it learns that humans are complicated creatures with extreme highs and lows, but full of life nonetheless. A film intended to be for children that turned into a sci-fi urban fable, this is the story of The Black Balloon… as described by the directors Josh and Benny Safdie. Andy Spade sent a video of a black balloon escaping cars in the middle of a busy avenue with a note saying “You know The Red Balloon? How about a film about a black balloon?” The 1956 French classic The Red Balloon by Albert Lamorisse was one of the first movies that the Safdies’ father had shown them as kids. The Safdies were interested in the sci-fi quality of the balloon creature in the video from Spade. The Black Balloon is a beautiful portrait of New York city and its people.

New York born-and-raised brothers Josh and Benny Safdie have been making movies together since they were young. Their body of work includes a series of short films, the feature films The Pleasure of Being Robbed (SXSW, Cannes’ Directors’ Fortnight) and Daddy Longlegs (Cannes’ Directors’ Fortnight), and the documentary Lenny Cooke (Tribeca Film Festival, Venice Film Festival). Their latest feature was released in 2015 to much acclaim. Heaven Knows What, which the brothers describe as a “street opera,” is a love story about young heroin addicts in New York City.